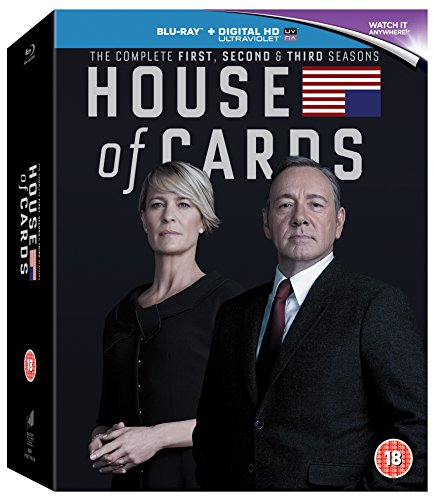 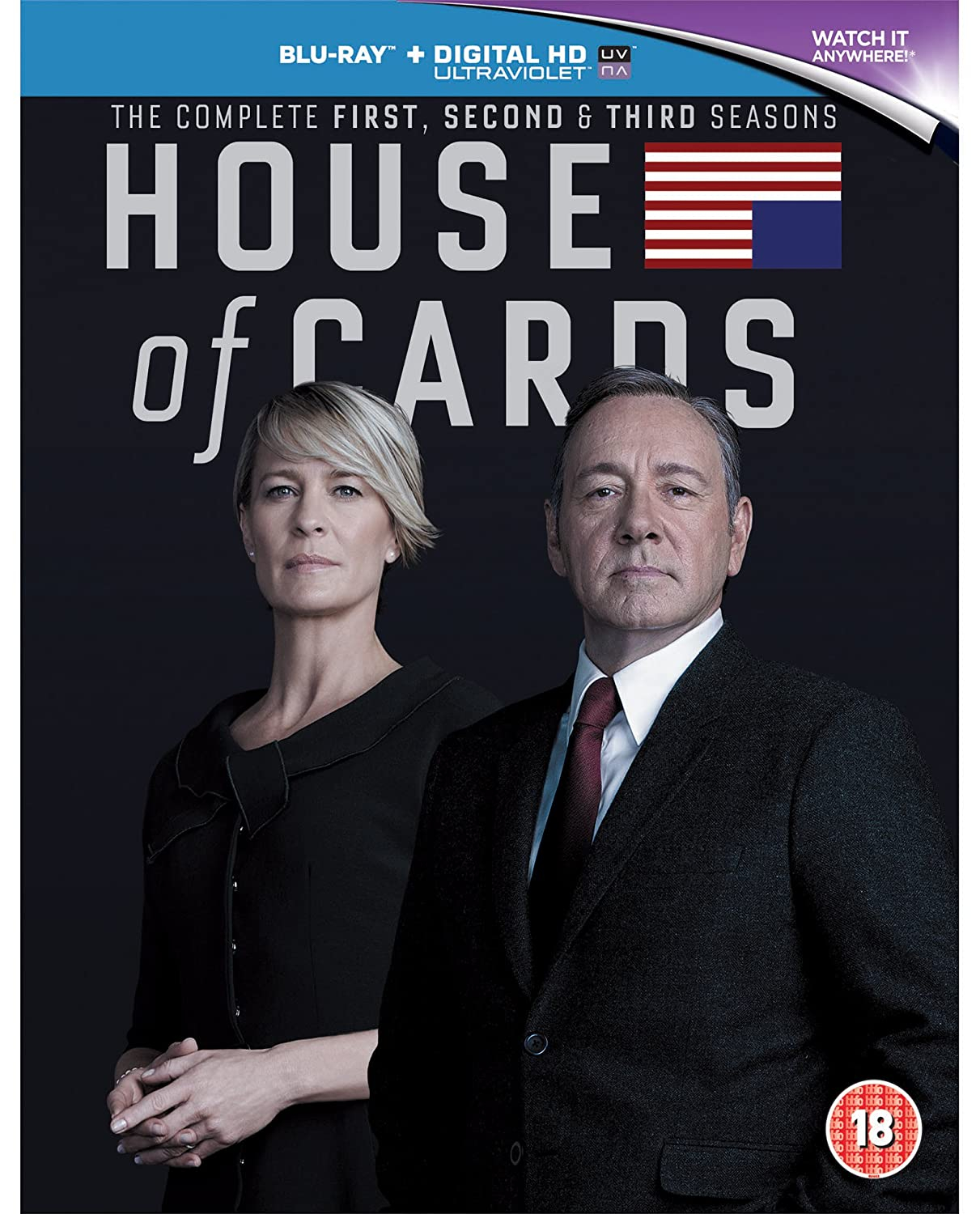 Reviews
All 39 episodes from the first three seasons of the award-winning political drama starring Kevin Spacey. Based on the novel by Michael Dobbs and the subsequent BBC adaptation of the book, the show follows Francis Underwood (Spacey), the House Majority Whip who, despite his position of authority, is gravely dissatisfied. Fuelled by a sense of ambition matched and encouraged by his wife Claire (Robin Wright), Francis ultimately wants to be president and is embittered by the fact that he has recently been denied a promotion. Armed with an arsenal of political secrets to equal anyone in Washington, Francis sets out to scheme and blackmail his way to the top.
PostTweetShare Share with WhatsApp Share with Messenger
Community Updates
Amazon DealsAmazon discount code
New Comment SubscribeSave for later
Top comments
1st Oct

I was surprised as to how capitvating this was to watch. Hot!

Yet to watch the last season, not sure I can face it as no Kevin Spacey
13 Comments
1st Oct
HOT
1st Oct
I was surprised as to how capitvating this was to watch. Hot!
1st Oct

I was surprised as to how capitvating this was to watch. Hot!

Yet to watch the last season, not sure I can face it as no Kevin Spacey
1st Oct
Is there another season?
1st Oct

It should have stopped long before the last season. This set hits the sweet spot.
1st Oct
Stop watching when spacey got booted after the accusation and came out the closet as his defence. Not the same.
1st Oct
Wasn't there 6 seasons?
1st Oct

Yes mate although the first 3 were probably the best
1st Oct
Brilliant show, and probably fairly true as to the shenanagins on at the White House.
1st Oct
Loved this until the latest season. Wasn’t the same without Kev
1st Oct

Don't, I never finished the last season, we realised that nether of us were actually watching it and just praying for it to end.
1st Oct

Agreed. Season 1 was by far the best, enjoyed 2 but started to loose interest during 3 and then stopped - heard once Spacey left it was terrible.