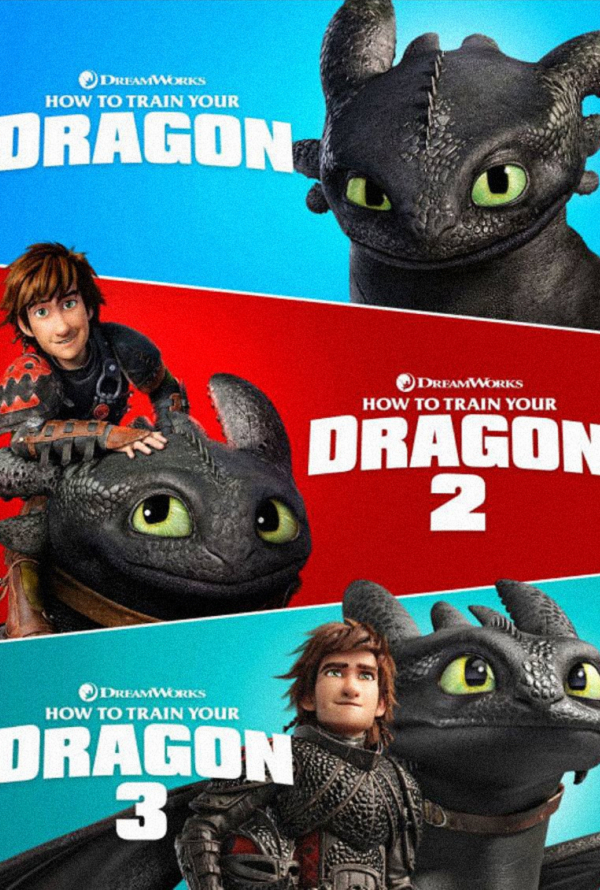 This is the lowest price it's ever been. £7.99 each if bought separately.

How to Train Your Dragon 4K HDR
This Academy Award®-nominated DreamWorks Animation film rolls fire-breathing action, epic adventure and big laughs into a captivating, fun and original story. Hiccup is a young Viking who defies tradition and befriends one of his deadliest foes – a ferocious dragon he calls Toothless. Together, the unlikely heroes fight against the odds to save both their worlds in this wonderful, feel-good hit.

How to Train Your Dragon 2 4K HDR
The thrilling second chapter of the epic HOW TO TRAIN YOUR DRAGON trilogy returns to the fantastical world of the heroic Viking Hiccup and his faithful dragon Toothless. The inseparable duo must protect the peace – and save the future of men and dragons from the power-hungry Drago.

How to Train Your Dragon: The Hidden World 4K HDR
From DreamWorks Animation comes a surprising tale about growing up, finding the courage to face the unknown…and how nothing can ever train you to let go. What began as an unlikely friendship between an adolescent Viking and a fearsome Night Fury dragon has become an epic adventure spanning their lives. Welcome to the most astonishing chapter of one of the most beloved animated franchises in film history: How to Train Your Dragon: The Hidden World. Now chief and ruler of Berk alongside Astrid, Hiccup has created a gloriously chaotic dragon utopia. When the sudden appearance of female Light Fury coincides with the darkest threat their village has ever faced, Hiccup and Toothless must leave the only home they’ve known and journey to a hidden world thought only to exist in myth. As their true destines are revealed, dragon and rider will fight together--to the very ends of the Earth--to protect everything they’ve grown to treasure.
PostTweetShare Share with WhatsApp Share with Messenger
Community Updates
ITunes Store DealsITunes Store voucher
If you click through or buy, retailers may pay hotukdeals some money, but this never affects which deals get posted. Find more info in our FAQs and About Us page.
New Comment Subscribe Save for later
3 Comments
28th Nov 2019
Might buy this for my Father in law.
28th Nov 2019

OK, let us know when you've made the decision.