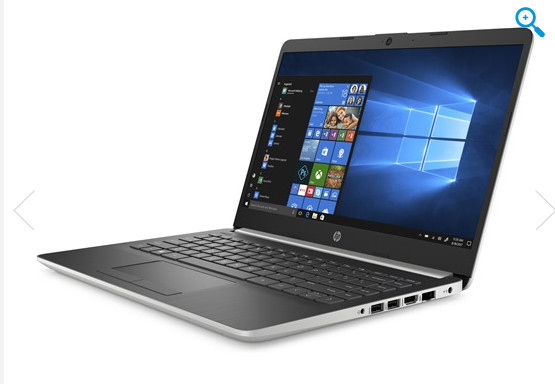 HP are doing a £50 discount on Intel Core i5 laptops, and £75 off Core i7 laptops (store.hp.com/UKS…ale). It's described as a "Weekend Flash Sale".

There is also the 14-dk0011na, a very similar but slightly lower-end Ryzen 3500u-based machine, for £499, but John Lewis have very quietly started selling that instead of the earlier 2500u version (for £499.95: anyone fancy trying to get them to price match?). The 3500u is basically the same processor as the 2500u, but with an extra 100 MHz on base and peak frequencies, and on a less power-hungry process.

There are maintenance manuals for both machines specifying the procedure to replace memory, drives etc, (for "Authorized Service Providers only").

Warning: if you're planning on putting Linux on them, these laptops use the RTL8821CE Wifi chip, which doesn't (yet) have an in-tree driver.
PostTweetShare Share with WhatsApp Share with Messenger
Community Updates
HP Shop DealsHP Shop Discount Codes
If you click through or buy, retailers may pay hotukdeals some money, but this never affects which deals get posted. Find more info in our FAQs and About Us page.
New Comment Subscribe Save for later
9 Comments
26th Jul 2019
Flip. That picture is of the Ryzen machine. The Intel one is more silver.
26th Jul 2019
Did a bit of reading up and I think the problem with this one is the screen is very dim, unsuitable for outdoor use
27th Jul 2019

But are any low-end consumer laptops good outdoors? You need something pretty advanced for that (usually the rugged or business-rugged machines to be truly usable). Most laptops are used indoors or the shade so it will likely be fine for most.
27th Jul 2019
I have a similar model. I'd advise taking a good look at the keyboard layout. it's a bit of a us/UK hybred. can be annoying.
27th Jul 2019

The hp pavilion 15 with radeon something apparently has a worse processor but much better screen (brighter) So it's a trade off. Was reading here - notebookcheck.net/HP-…tml
27th Jul 2019

That review seems to suggest the 15 is even dimmer at max brightness?

”A direct comparison to the HP Pavilion 14 shows that the smaller model has a significantly higher brightness while achieving at least equal scores in almost all other areas.“

To be honest at 220 nits, that’s not very bright either so I wouldn’t want to use either outdoors really. I used a 14 before and it feels a bit cheap, mostly because when bought, it had been sold as an Elitebook incorrectly...

Also this. Has a half-height enter key which is infuriating. The actual keyboard is mushy and low feedback too.
Edited by: "plewis00" 27th Jul 2019
27th Jul 2019

What I was referring to was this bit mostly - "With that said, we would recommend looking at the AMD Ryzen 5 2500U-powered Pavilion 15, which has a better display and more efficient cooling. It also costs 200 Euros (~$231) less, although you must forgo a dedicated GPU and settle on weaker system performance."
27th Jul 2019

The ‘better display’ bit refers to better contrast and gamut I think as it’s a dimmer display. But on these lower-end machines it is typically the display where you lose out so you will have to accept compromises.
27th Jul 2019