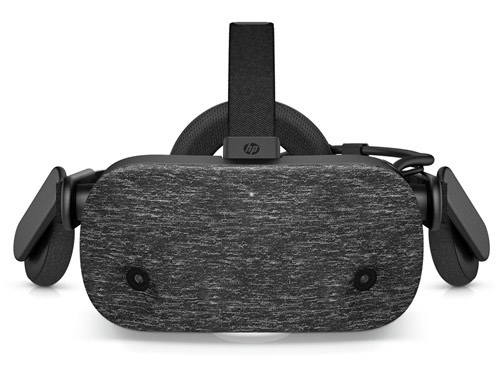 using a oculus rift CV1 for the last two years and flight sims and driving sims are just amazing. The immersion is unmatched and I’ve been researching my next headset -almost got the oculus rift s (350 Amazon) but was wowed by the prospect of a cockpit with instruments I can actually read properly . Some QC problems with the initial batch when released but more recent reviews suggest these have been sorted
PostTweetShare Share with WhatsApp Share with Messenger
Community Updates
HP Shop DealsHP Shop Discount Codes
If you click through or buy using any of our links, retailers may pay hotukdeals some money, but this never affects which deals get posted. Find more info in our FAQs and About Us page.
New Comment Subscribe Save for later
8 Comments
28th Nov 2019
A very flawed product from HP, resolution is great and the fit is nice but being able to see the edges of the panels and the ridiculously heavy cable isn't great, also wouldn't be too surprised to see Microsoft giving up on WMR soon. Prefer the Quest or even the Rift S, much more polished finished products.
28th Nov 2019
Hmm I was waiting for a drop too but ended up getting a Pimax

I'm feeling tempted to get this too at this price
28th Nov 2019
Sounds like cockpit based games are the ideal for the HP considering the high resolution and tracking limitations.

I have PSVR but I'd love to pick up a PC headset, I can just see how fast VR tech is moving though. Each set has its strengths and compromises. Just need to exercise patience for a year or two, even with Alyx coming out!
28th Nov 2019
I thought it’s brake pads
28th Nov 2019
Might aswell get the Oculus Quest headset which is much better than this
30th Nov 2019
At this price decided to finally take the punt and upgrade from my Acer AH101. Thanks for posting OP.
21st Dec 2019

You're referring to the version 1 of the Reverb out earlier this year that had those issues. HP have fixed that, recalled those faulty items and issued a v2 product. For reference, the Reverb has the highest resolution and lowest screen door effect of any of the mainstream VR units to date.
21st Dec 2019