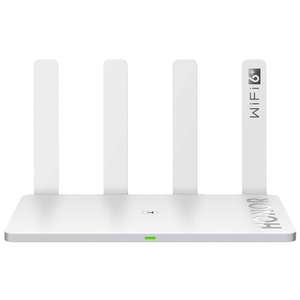 Great price drop on the global version of the Honor Router 3 which is WiFi 6+ and comes with 2 Year Manufacture Warranty. 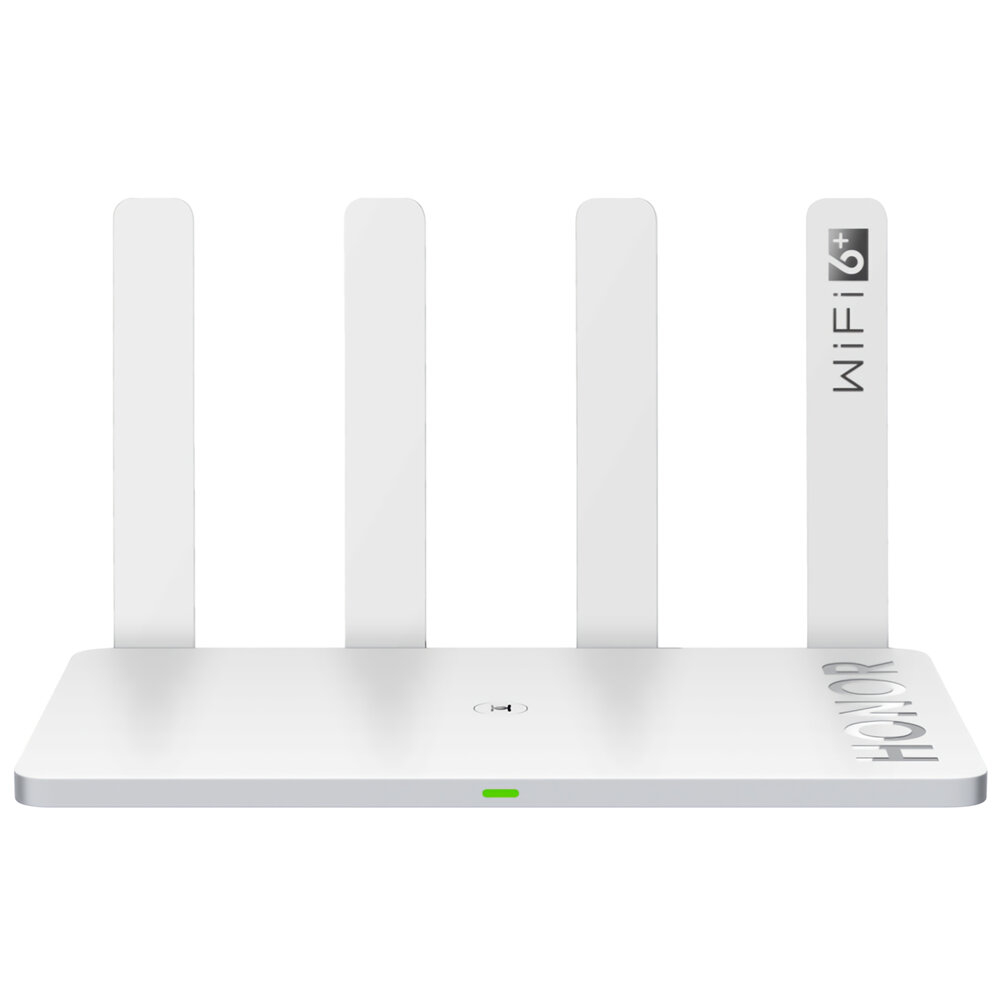 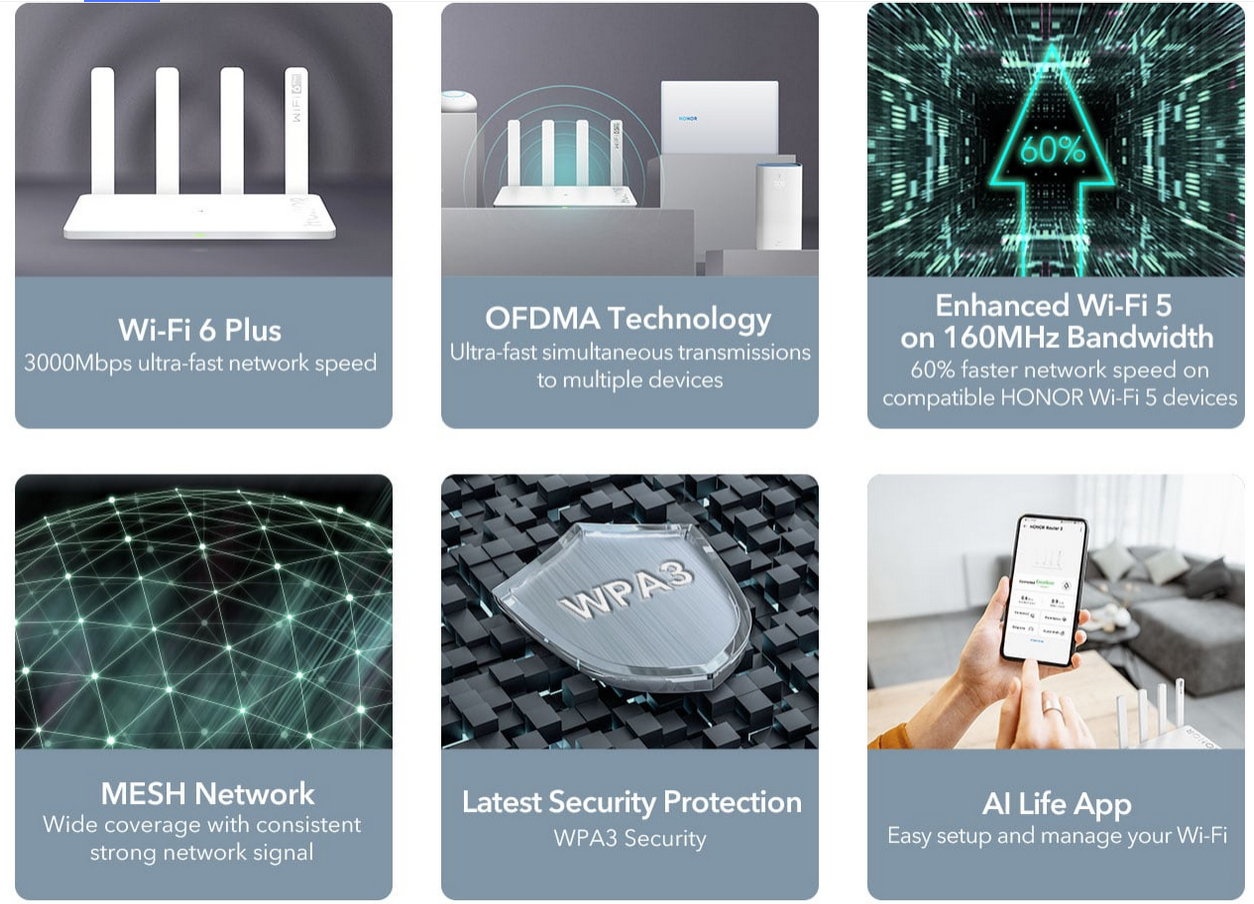 The next generation of Wi-Fi is here. With Wi-Fi 6, you can expect faster network speed, stronger Wi-Fi connections, and wider signal coverage on all your devices. That means smoother streaming and gaming, and lightning speed downloads.

Thanks to the all-new OFDMA technology, paired with Gigahome dual-core 1.2GHz processor, HONOR Router 3 is able to bundle signals together and transmit them simultaneously to multiple devices - with up to 4 devices on 2.4GHz band and up to 16 devices on 5GHz band1. Which means you can stream 4K films on multiple devices at the same time at lightning fast speed.

Thanks to the self-developed Wi-Fi chipset found on both HONOR Router 3 with Wi-Fi 6 enabled HONOR devices, you can experience ultra-fast Wi-Fi speed like never before. Now speed away..

Download a full movie for as quickly as under 10 seconds with Wi-Fi 6 Plus. HONOR router 3 lets you reach a total networking speed of about 3000Mbps - 574Mbps on the 2.4GHz band and 2402Mbps on the 5GHz band. Which means up to three times faster Wi-Fi than previous Wi-Fi standard.

The more advanced 160MHz bandwidth enables more data throughput. The Wi-Fi chipset on HONOR Router 3 and Wi-Fi 6 enabled HONOR devices has been redesigned for faster speed reaching up to 2.4Gbps. So whether you are streaming films or downloading files, you will get them in no time.
PostTweetShare Share with WhatsApp Share with Messenger
Community Updates
Top comments
80 Comments
Post a comment