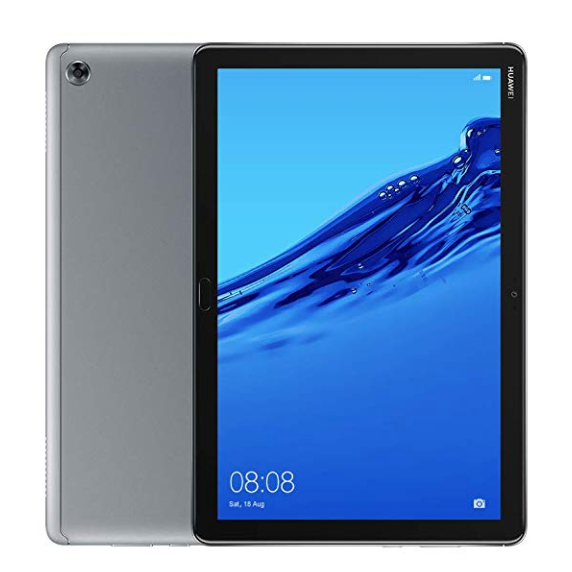 Great price for this great tablet sold and delivered by Amazon Germany.
PostTweetShare Share with WhatsApp Share with Messenger
Community Updates
EDITOR
10th Sep 2019
Amazon Germany DealsAmazon Germany voucher codes
If you click through or buy, retailers may pay hotukdeals some money, but this never affects which deals get posted. Find more info in our FAQs and About Us page.
New Comment Subscribe Save for later
19 Comments
10th Sep 2019
Awesome tablet, bought one myself not long ago as it supports stylus use without having to fork out £400+ for Apple/Samsung equivalent. Battery lasts ages as well with moderate use,highly recommended
10th Sep 2019
HOT. Probably a stupid question but does anyone know if the charger would be European type? I've never ordered from Amazon Germany.
10th Sep 2019
My Sony phone I got from Amazon Germany came with a European type
10th Sep 2019
Does anyone who owns one of these know what the latest Android is for it?
10th Sep 2019
Hi could anyone tell me how these compare to the Apple iPad Air with the Apple pen?
My daughter unfortunately had a yoga book which she loved for doing drawing and design on but the halo screen cracked and that’s not covered under warranty.
10th Sep 2019

Does anyone who owns one of these know what the latest Android is for it?

Should be getting Android 9 (https://uk.community.huawei.com/software-40/mediapad-m5-lite-10-1-update-to-emui-9-5053)
10th Sep 2019
Really impressed with their Mediapad range, build quality, touchscreen responsiveness and screen itself are amazing for the price
10th Sep 2019
What makes the M5 Lite better than the (also posted deal) T5?

Googling says the M5 Lite has more RAM, but the deals say they are the same.
So what are the main factors to upgrade to the M5 Lite.
10th Sep 2019
so difficult to make up my mind. i have come to the conclusion that the ipad is the better tablet to get but these huawei tablets keep coming up and i am wondering if i should buy the huawei pad at a slightly cheaper price or hang on for the ipad.
10th Sep 2019

apple ipad air is a better product but is more expensive. here is a comparison that may help

Are they paid by Apple, clearly biased.

The Huawei Quad speakers are the best, beaten by Apple with their dual one sided speakers.
10th Sep 2019

same reviews on other sites. all say that apple is better than huawei so i don't think they are biased, unless apple pays all the comparison sites. i have the ipad air first generation and i have had it for a while. it is rock solid and still get software updates so apple is very good at supporting old products, unlike samsung who give up after a couple of years!

the battery life on the ipad air that i have has kept its lifespan through the years as it is still very good even though it is now quite old. i really hate apple. I am an apple hater and I am a samsung fan, but even i have to admit that the ipad air is extraordinary quality if you want something that really lasts. it is built with quality in mind and prolonged support on software update.

the ipad gets my vote but as huawei are a lot cheaper because of the issue with the US, it may be worth my while getting this one as it may be better value. so it may not last as long, but hey, then it is a lot cheaper. i am just a little bit put off by the european plug, which means i will need to use an adaptor. maybe not the end of the world i suppose as i already have an adaptor.

sitting on the fence on the this, until i fall off
11th Sep 2019
Basically, iPad range is the best tablet money can buy if money is no issue to you, but factor in the £80-90 Apple Pencil, cover and what not it can begin to become extortionate for the average user. However I would say Huawei is the best Android alternative for those who don't work to fork out and just want to browse cat videos on Youtube, buy stuff and check emails - this tablet is perfect for that.

What sealed the deal for me is the stylus support, I'm pretty sure this is the only tablet within this price range that has this feature.. and it's been pretty decent so far
11th Sep 2019
How do you get it at that price?
11th Sep 2019
Conversion rate is £190
11th Sep 2019
@emrysok the deal has ended.