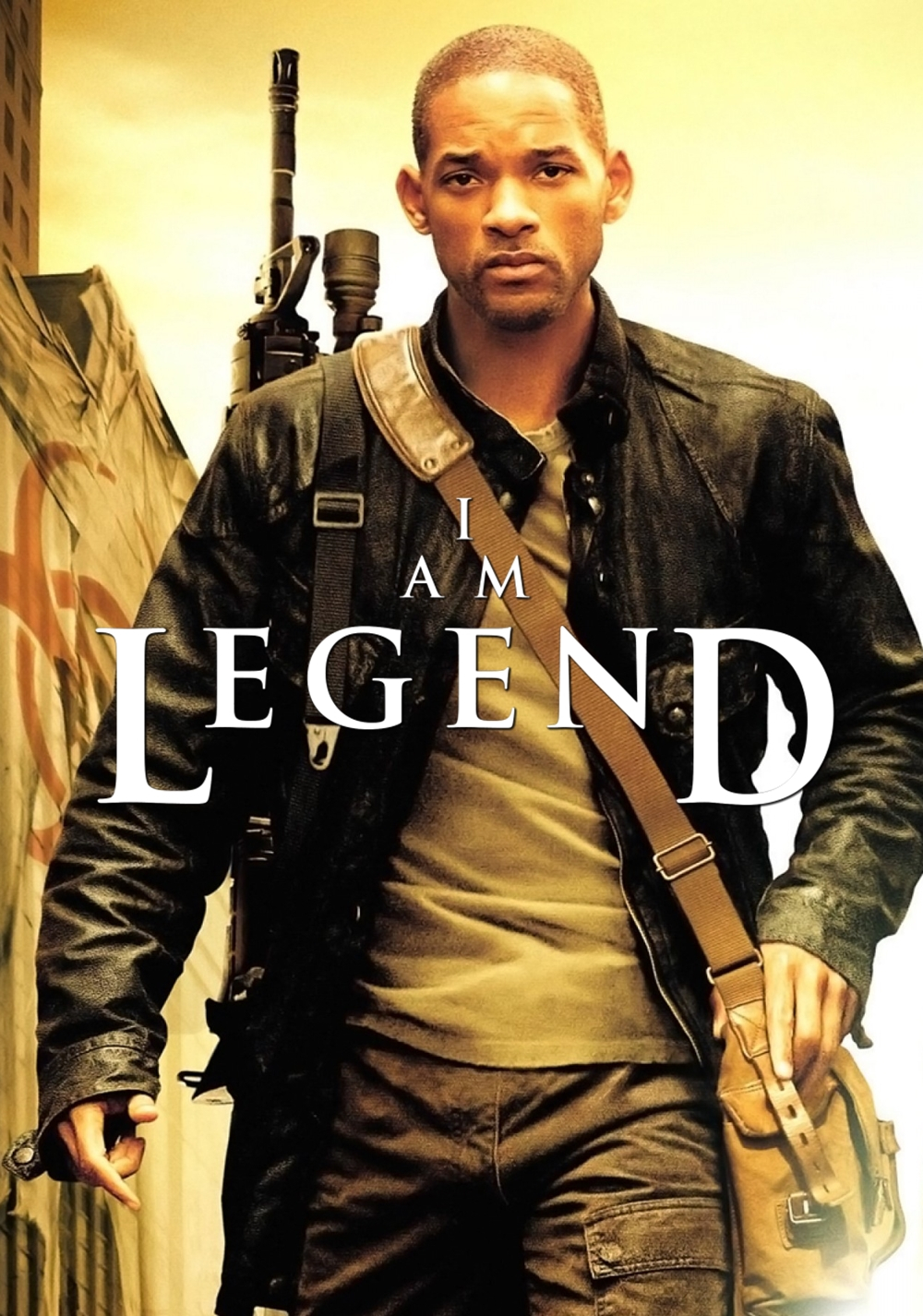 Will Smith + Bob Marley + Vampires = I am Legend!

There are many striking sequences in this latest take on Richard Matheson’s book, I Am Legend. The most memorable? A deserted New York City, overgrown and abandoned with Smith walking right through the middle of it. The sheer logistics of staging such a scene are staggering to behold, but the film benefits enormously from moments like this. They help get across the solitude that Smith’s character faces, as seemingly the last human being left on the planet Earth.

But is he alone? It certainly doesn’t appear to be the case, even though Smith is pretty much front and centre of everything the film does. It’s a strong performance too, and it really has to be. But for at least two thirds of its running time, I Am Legend is a terrific post-apocalyptic thriller.

The film, sadly, peters out a little as it heads towards its final act, not aided by some troubling computer effects work. But for the most part if looks glorious, and proves to be a rich home cinema workout. Superb visuals dominate much of the what the film does right, and the haunting surround soundtrack is both eery and very, very effective. And while I Am Legend is clearly a film with problems, it’s an interesting project for a big budget blockbuster, and one that wins more battles than it loses. It looks terrific on Blu-ray, too.--Simon Brew
PostTweetShare Share with WhatsApp Share with Messenger
Community Updates
Amazon DealsAmazon discount code
New Comment Subscribe Save for later
3 Comments
14th Jan
The price doesn't seem too bad. But then I have seen 4k of older films being drastically cut in price. I'm sure there was a 4k version for about £5? But that could be a flawed memory.
14th Jan
Brilliant film probably my favourite will Smith movie
14th Jan
Prefer the alternative ending in this, but it's not even close to the book it's a completely different story the book being miles better.