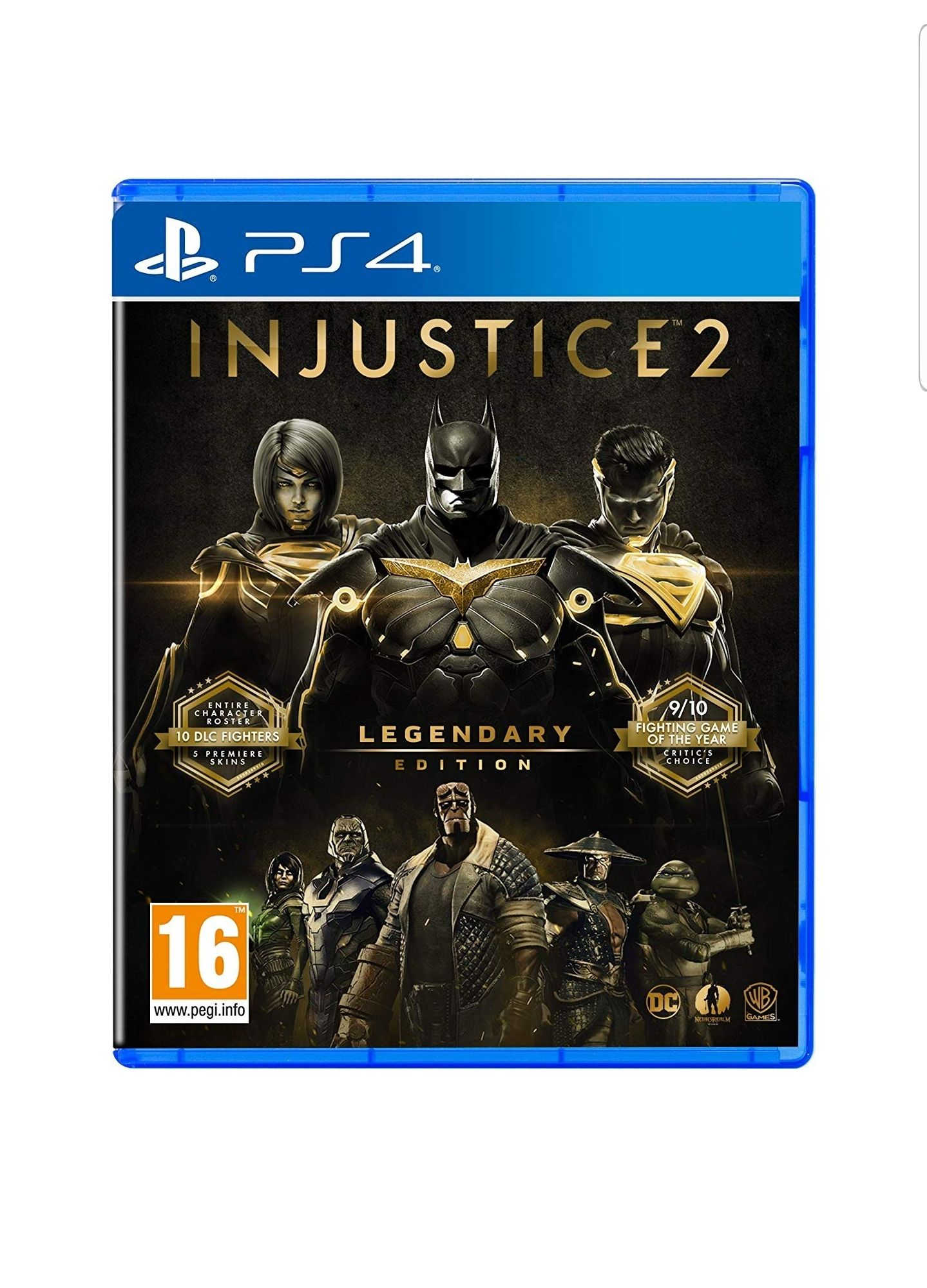 Injustice 2 offers the latest DC fighting game experience that expands on the previous title's larger-than-life showdowns. Every battle defines you in a game where players personalize iconic DC characters with unique and powerful gear earned throughout the game. For the first time gamers can take control of how their characters look, fight and develop across a variety of game modes.
Injustice 2 continues the epic cinematic story introduced in Injustice: Gods Among Us as Batman and his allies work towards putting the pieces of society back together while struggling against those who want to restore Superman's regime. In the midst of the chaos, a new threat appears that will put Earth's existence at risk. Players can play from the biggest DC roster ever offered in a fighting game, from classic fan favorites such as Batman, Superman, Supergirl and Aquaman, to astonishing new villains like Atrocitus and Gorilla Grodd. Battles will take place across arenas that have evolved in scale and span across iconic locations such as Metropolis, Gotham City and Atlantis.

Injustice 2 is the super-powered sequel to the hit game Injustice: Gods Among Us that allows players to build and power up the ultimate version of their favourite DC characters.

Featuring a massive selection of DC Super Heroes and Super-Villains, players can personalise iconic DC characters with unique and powerful gear earned throughout the game.

Additionally, for the first time, gamers can take control of how their characters look, fight and develop across a variety of game modes.

Includes Base Game and all downloadable playable characters: Darkseid, Red Hood, Starfire, Sub-Zero, Black Manta, Raiden, Hellboy, Atom, Enchantress and The Teenage Mutant Ninja Turtles. Premiere skins available from the Injustice 2 Ultimate Edition including Power Girl, John Stewart Green Lantern, Reverse-Flash, Grid and Black Lightning each with unique looks, voices, and dialogue.
PostTweetShare Share with WhatsApp Share with Messenger
Community Updates
Amazon DealsAmazon discount code
If you click through or buy, retailers may pay hotukdeals some money, but this never affects which deals get posted. Find more info in our FAQs and About Us page.
New Comment Subscribe Save for later