Chapter 2 of the 3 set series on Wednesday has now been edited/pitched further, featuring intel 11th generation at +19.95 for the CPU.

Due to folks coming to me for a nice £1200 build, ive put together a fantastic piece of kit using some of the other options; ive also managed to get edited.

The Corsair case upgrade has also moved from the D Panel version to the Airflow version with the 3xSP 120 Fans on this line too.

including in the suggestion build has the ARCTIC 240MM AIO which is confirmed as the ACFRE00046A model, which is a fantastic price at 54.99 which on the web is £74.99 from the likes of CCL Online.

B560 offering the new standards, boosting the ram for that higher budget to 32GB which is a fair price for that 3200mhz, PSU to the corsair CX mod range to keep things even tidy for a nice system

personal i think it will match a lot of folks taste as long as they are happy to jump of the Ryzen train and not to much RGB Either, a nice showcase front with good airflow thoroughly.

valuation of parts are around the £700 figure excluding the GPU / Windows / Build fees on the open market, this gives a balance for comparison of £502 for "windows "build fees" "Graphics Card" 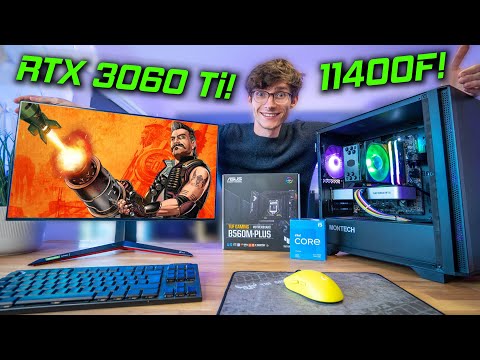 - credit to the guys on here for uploads ur piccys.

AWD-IT personal own design build featuring the white theme Phantics / AIO / 32GB / 1TB / Wifi dual not wifi 6 and no bluetooth comes in at £1260 here which was the intent to slash the price on pitching the 10th to 11th gen.