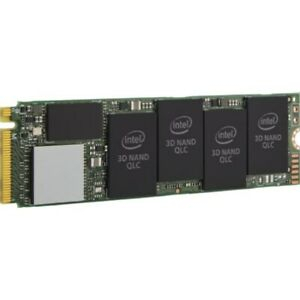 Fast drive at bargain price.
PostTweetShare Share with WhatsApp Share with Messenger
Community Updates
EBay DealsEBay discount code
If you click through or buy, retailers may pay hotukdeals some money, but this never affects which deals get posted. Find more info in our FAQs and About Us page.
New Comment Subscribe Save for later
16 Comments
10th Dec 2019
Instant vote for this.
10th Dec 2019
Just a heads up the 660p is being EOL'd and is currently being replaced with the 665p which uses 96-layer QLC NAND, and a larger and better flexible SLC cache, doesn't suffer from the same slow downs, and also has better endurance for the NAND
10th Dec 2019
Lots of deals appearing after I bought a 1tb 860 evo yesterday for £123
10th Dec 2019
Is their much difference in performance between this, the Sabrent Rocket or the Corsair XMP?
10th Dec 2019
Get the corsair one instead, almost double the speeds for like 20 quid more. 5 year warranty as well
Edited by: "Josh_millen" 10th Dec 2019
10th Dec 2019

Good question. I’ve just built a system using the Corsair MP which on paper is nearly twice the speed of this drive. However I can barely tell any difference to much slower regular SSD systems. Is there a difference, probably but is it one of those things that shows up in benchmarks but makes negligible difference in the real world?
10th Dec 2019

Well that's pretty much the best SSD you can get so I wouldn't worry too much. Life's too short to worry about little annoyances like that.
10th Dec 2019

Goog to know.... I think it's like most benchmarks, the figures might say one thing but in the real world it can be quite different....even the most basic SSDs can make a PC super fast.... so getting an even faster SSD will probably have a minimal noticable difference in daily tasks. Perhaps gaming, video editing and moving large files is where you'll see a difference.
10th Dec 2019
i got told by somebody to stay away from this 660p and he now works for them hmm strange when i say them i mean intel ah well

There is more to the story than that which people need to know about before making an informed choice. For those who are strongly adamant to get this, then I've offered a few tips.

Before we get to that, the Intel 660p has a fairly decent implementation of QLC with pseudoSLC and fairly decent DRAM algorithms. It also has great random burst which is what the majority of people will feel real-life benefit with. QLC tech will improve over time, just like the previous generations before it. The 660p is a first generation QLC device (in fact, first to market... good job Intel and Micron).

TIP #1: Don't use this in an environment where you're making lots of read/writes and you don't fancy a fresh install in 5 to [insert unknown arbitary figure] years time. Presumably most techies would fresh install onto new hardware before this cycle, but possibly not the average Joe Bloggs.

Caching
Most drives (even TLC) employ a SLC-based cache buffering. When this is full (e.g. large sequential transfers) you drop back to baseline performance which for QLC is similar to or worse than mechanical drives. 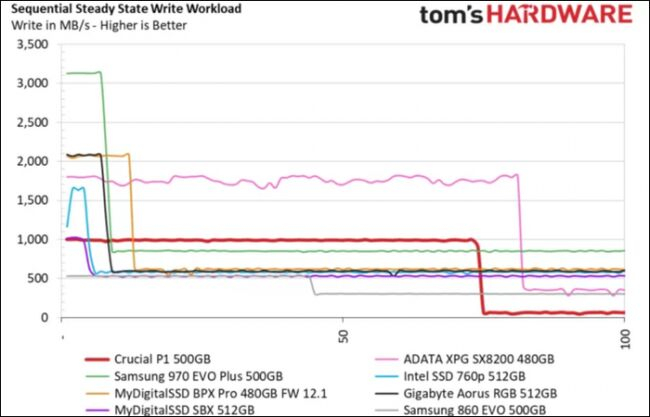 TIP #2: Don't use this if you transfer lots of very large files. Very being the crucial word. 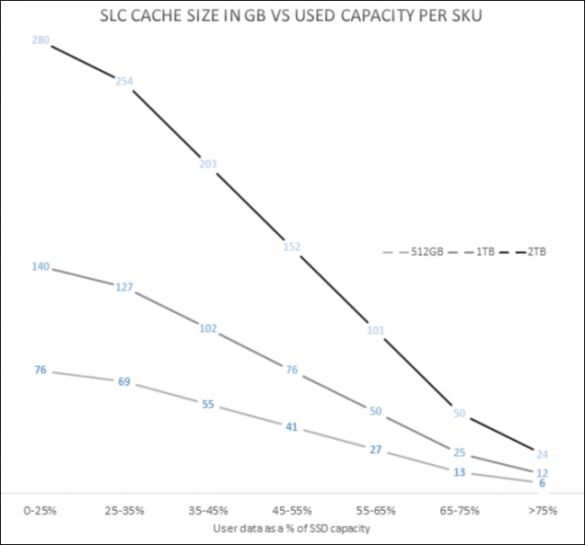 TIP #3: If you're going to be using this drive a lot, get the highest capacity you can. Given COD:MW is a 175gb install, you're looking at 2TB for PC gamers.

I'd just like to comment and thank you for your information. You have no idea how much this has helped in planning my next pc purchase. I was going to go for a prebuilt with a 660p but I honestly was hesitant with the endurance and stuff. I'll be waiting till the 665 is featured in them I think
10th Dec 2019

Agreed. I've had this 660p for a year or so and got the sabrent last week, which in a bench will say it is twice as fast on sustained writes. Real world? No difference at all and in fact Intel drive is better on all smaller files transfers and feels nippier. Corsair is allegedly same as Intel. Have to say, however, the Samsungs are definitely more spritely in everyday use... old 960evo beats either of them hands down and it's only a 250gb drive, so not the fastest of theirs either. Is it worth the extra money? Probably not. Moral of the story? Get the intel 660p whilst it's cheap... unless you're a pro user you'll never know the difference. Forget benchmarks, they are there to sell hardware to us mortals!!!! A fool and his money, as the saying goes.....
11th Dec 2019
Can someone give me advise. I’m looking for nvme with biggest possible cache. Lot of simultaneous RW operations (building previews in Lightroom during import, around 200GB of photos at once)
12th Dec 2019 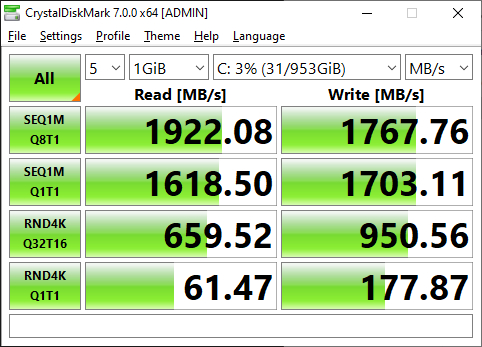 Just installed mine and got these results on a ryzen 3600. I though I'd share. I'm amazed at the 4k numbers