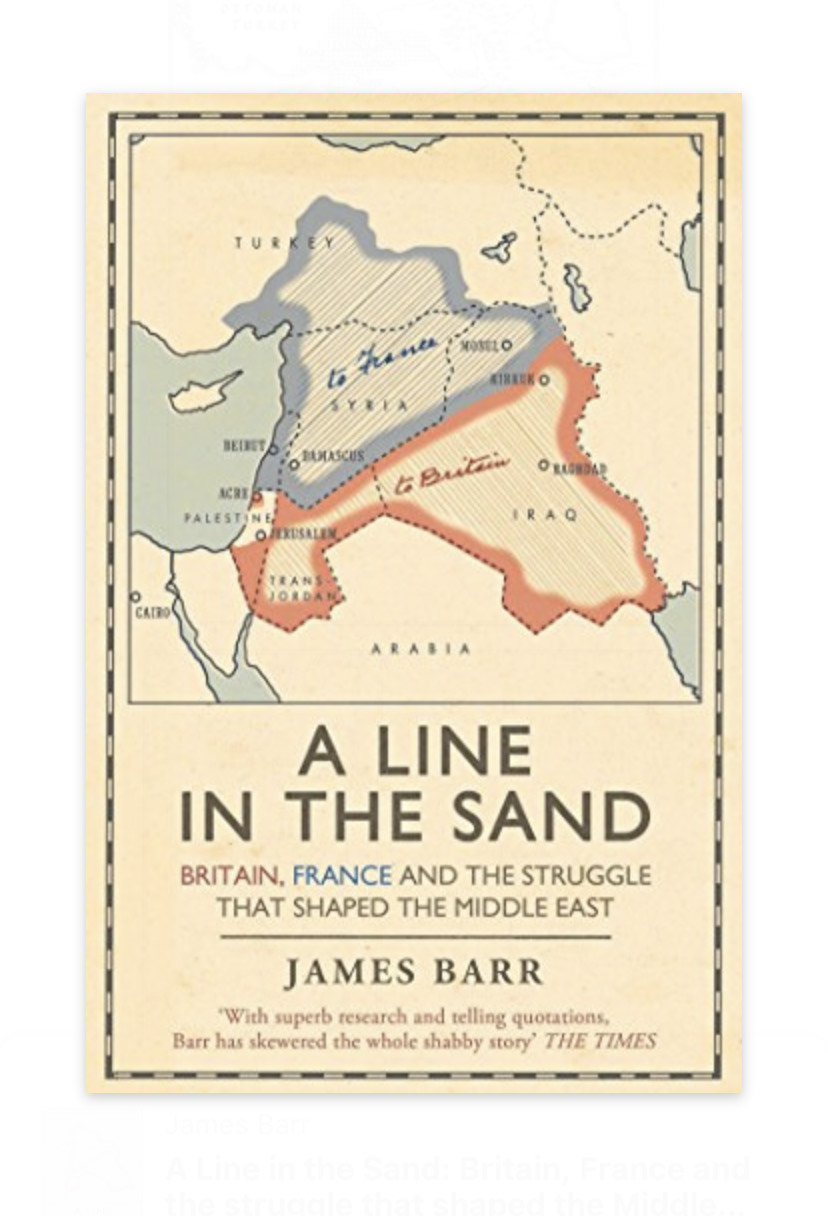 James Barr - A Line in the Sand: Britain, France and the struggle that shaped the Middle East. Kindle Edition - Now 99p @ Amazon

A fascinating insight into the untold story of how British-French rivalry drew the battle-lines of the modern Middle East.

In 1916, in the middle of the First World War, two men secretly agreed to divide the Middle East between them.

Sir Mark Sykes was a visionary politician; François Georges-Picot a diplomat with a grudge. They drew a line in the sand from the Mediterranean to the Persian frontier, and together remade the map of the Middle East, with Britain’s 'mandates' of Palestine, Transjordan and Iraq, and France's in Lebanon and Syria.

Over the next thirty years a sordid tale of violence and clandestine political manoeuvring unfolded, told here through a stellar cast of politicians, diplomats, spies and soldiers, including T. E. Lawrence, Winston Churchill and Charles de Gaulle.

Using declassified papers from the British and French archives, James Barr vividly depicts the covert, deadly war of intrigue and espionage between Britain and France to rule the Middle East, and reveals the shocking way in which the French finally got their revenge.

James Barr has worked for the Daily Telegraph, in politics, and in the City, and has travelled widely in the Middle East. He is the author of Setting the Desert on Fire, a history of T.E. Lawrence and the secret war in Arabia. During the research for A Line in the Sand he was a visiting fellow at St Antony's College, Oxford.
PostTweetShare Share with WhatsApp Share with Messenger
Community Updates
7 Comments
Post a comment