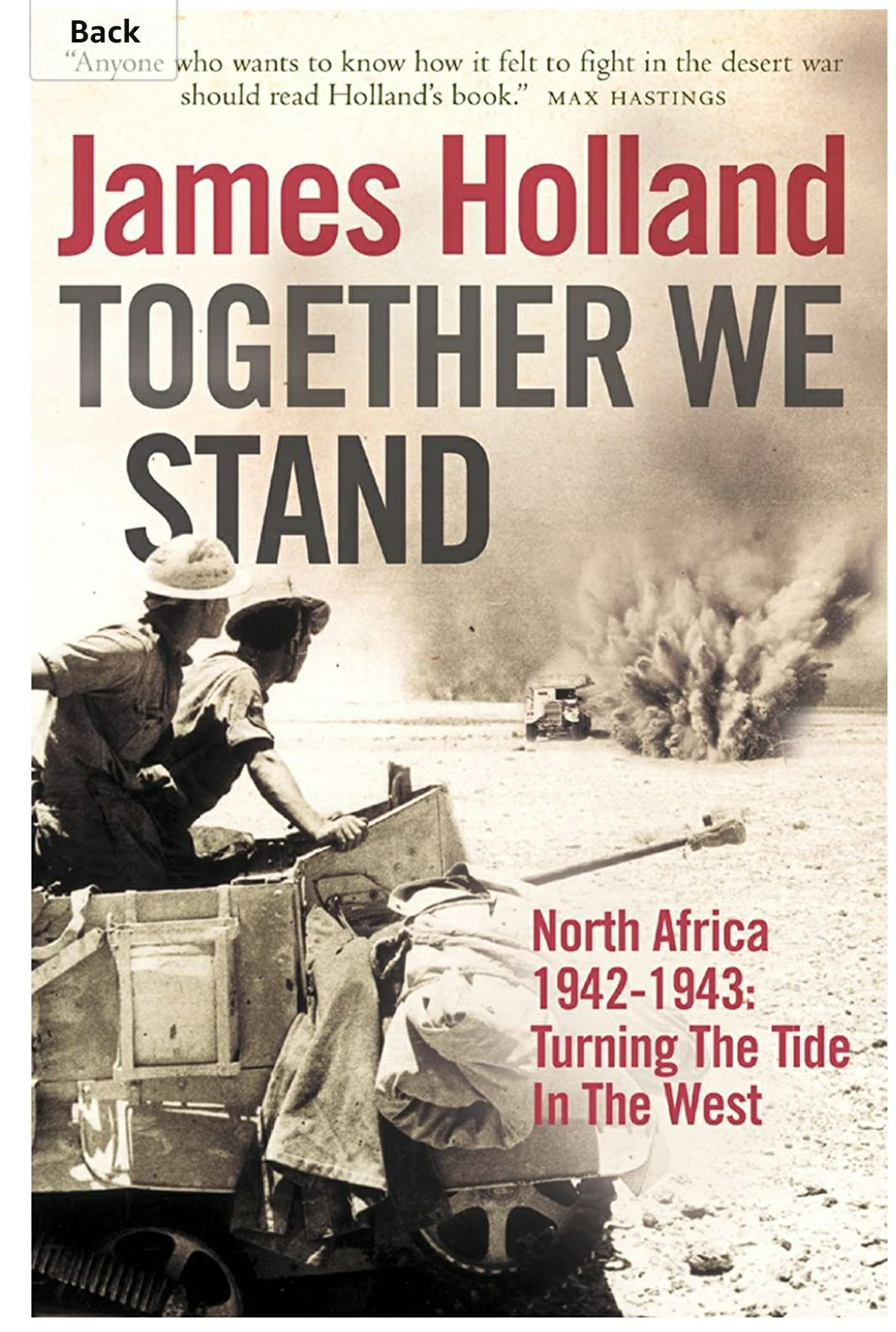 From the bestselling author of Fortress Malta this is the second book in the Mediterranean war trilogy. This book looks afresh at the conflict in Northern Africa, focusing for the first time on the involvement of the US and the way this early collaboration to defeat shaped the whole Anglo-American axis for the rest of the war in Europe.

By June 1942, Britain had reached her lowest ebb. Her military command was in tatters, her armies beaten, and in the Middle East it seemed all might be lost. Her new ally, America, had only fledgling armed forces and was severely under-trained, yet it was this alliance of the weary combatant and naïve newcomer, coming together for the first time in North Africa, that would eventually bring about the defeat of Nazi Germany.

This crucial period – from defeat at Gazala through to the victories of Alamein and, ultimately, Tunisia – was a time of learning for the Allies. Yet by the end Britain and America had finally gained material and certain tactical advantages over Germany, particularly in air warfare. As this book shows, the development of a tactical air force – principles that are still used to this day – were founded over the skies of North Africa.

When the Axis forces were finally driven from North Africa in May 1943, over 250,000 Axis troops were taken prisoner, more than had surrendered to the Russians at Stalingrad. It was a major victory and a crucial steppingstone to the future invasion of Italy and France.

In this new reappraisal, James Holland interweaves the personal stories of the men – and women – who made up these polyglot Allied forces: British and American, Nepalese and Punjabi, South African and Australian, Maori and Zulu, from all ranks and all services. From the heat and dust of the Western Desert to the mud and mountains of Northern Tunisia, this book charts the extraordinary first days of an Alliance that has worked together ever since.

'Anyone who wants to know how it felt to fight in the desert war should read Holland's book. It represents a remarkable collation of personal experience and sensible historical judgments.'
Sunday Telegraph, Max Hastings

'Holland has produced a wonderful book whose pace…never seems to flag … he is a master at evoking time and place, with haunting descriptions of the desert landscape … If there is a better book on the North African campaign, I haven't read it.'
Daily Telegraph, Saul David

'Using personal testimony and private memoirs as effectively as official archives, he recreates the hardships and challenges faced by ordinary soldiers and reassesses the tactical and strategic innovations that finally gave the allies the upper hand.'
Sunday Times

'as Holland shows, this period saw the realisation of how the war might eventually be won'
BBC History Magazine

'stands out from the crowd’
Literary Review, Nigel Jones

'The book gives the individuals, be they commander-in-chiefs or infantry, space that attests to their bravery and sacrifices … a comprehensive appraisal of the war in North Africa.'
Good Book Guide

'Holland tells the story brilliantly. He has delved into archives for letters and diaries and diligently tracked down survivors … Vividly, intelligently, movingly, Holland's monumental chronicle tells it like it was.'
Patrick Bishop, Mail on Sunday
PostTweetShare Share with WhatsApp Share with Messenger
Community Updates
Amazon DealsAmazon discount code
New Comment SubscribeSave for later
3 Comments
8th May
Heat added, looks like a good read
8th May
And good morning btw
8th May

Cheers mate and morning to you 😁