(Mods: there is a press release pasted below, confirming this is National/in stores from 22nd July).

Pictured in Robroyston, Glasgow before closing (I know zero about Saké, so I have no idea of prices, taste or brand heritage)

Can't see it for sale on the Aldi website: 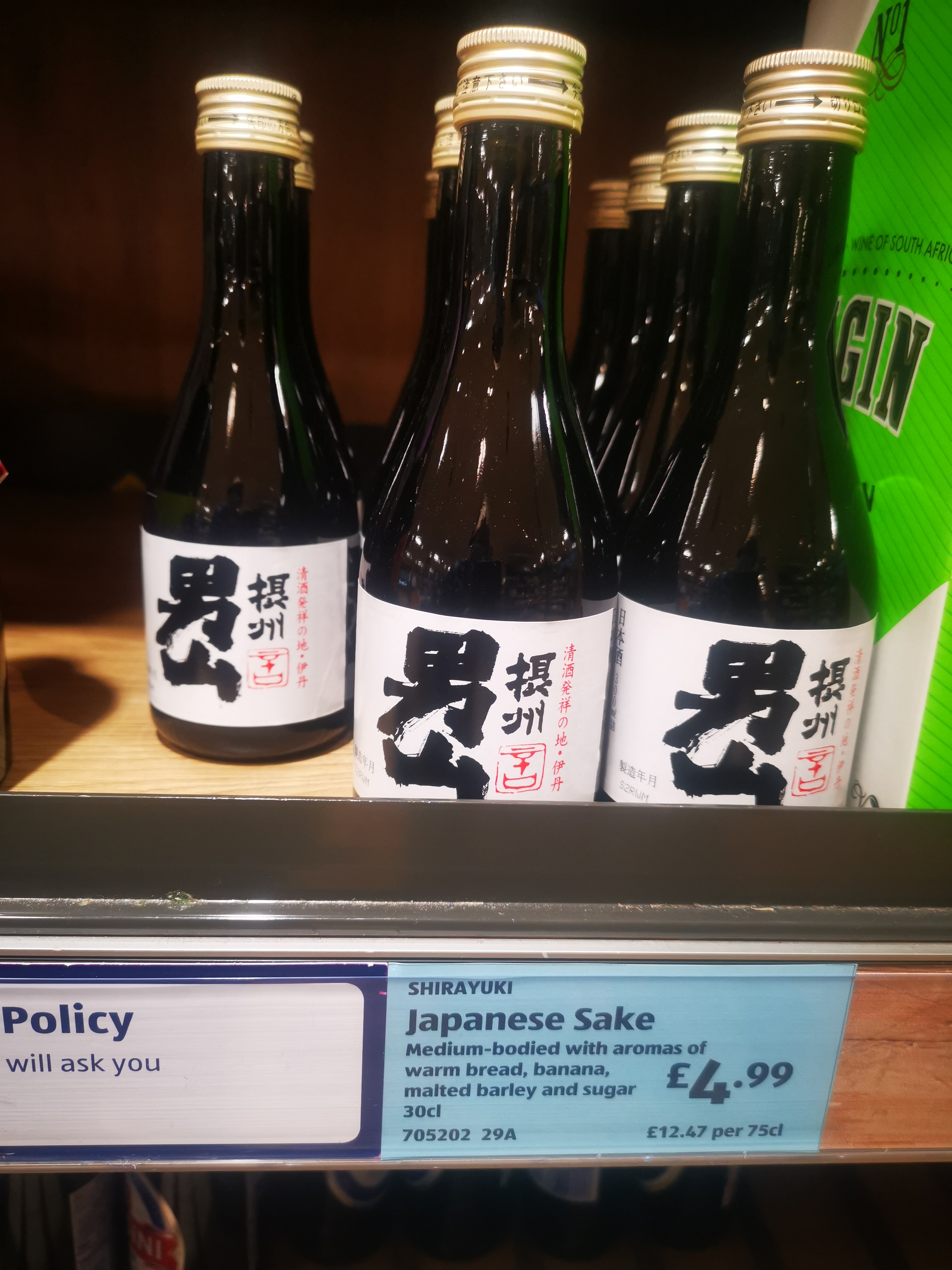 A refreshingly fragrant Sawanotsuru Saké (£4.99) will be arriving in-store from 22nd July, so shoppers can indulge in a flavour of Japan while tuning in to the 2021 Olympics.
What’s more, shoppers will be pleased to learn this podium-topping beverage is more than three times cheaper than comparable sized bottles at Selfridges & Co. Enough to keepsaké!

There is a thedrinksbusiness news item from 3 days ago, they also call it Sawanotsuru, not Shirayuki, so I'm not sure if it's the same as the Sawanotsuru released back in 2017 (see the bottom of this post).

Aldi has launched a new limited edition Saké – in time for the delayed 2020 Olympics in Japan – which retails for under a fiver.

The new Sawanotsuru Saké (RRP £4.99 for a 30cl bottle) will go on shelf from 22 July, the day before the opening ceremony in Tokyo.

The retailer said that it was the perfect time to launch the Japanese favourite, with more and more Japanese food from matcha tea to mochi ice cream, influencing the UK high streets and “chatter building” around the Tokyo Summer Olympics and Team GB.

Aldi’s saké comes from Nada-Ku, Kobe and is made from fermented rice. The retailer is promoting it as an “adventurous alternative to dry white wine”, which it says has a “refreshing, clean and delicate taste” and can be paired with traditional Asian cuisine such as sushi, as well as more traditional UK fare, such as fish & chips.

“The sweetness and freshness of Saké work to match wonderfully with this great British classic”, Aldi said.

Saké is traditionally served warm but can also be enjoyed chilled over ice, or as a base for a summer cocktail.