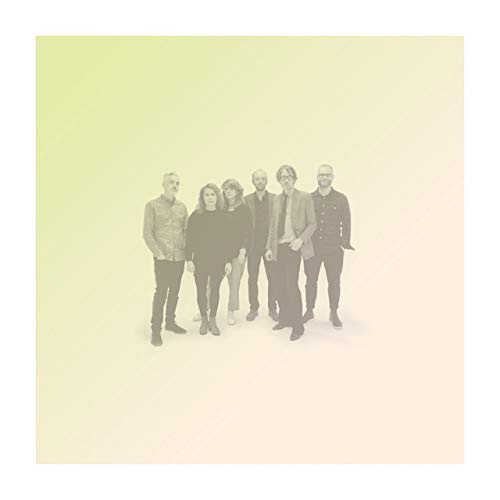 This is the first original music from Jarvis Cocker since the “Further Complications” album in 2009.

JARV IS… formed to play a show at the Sigur Ros “Norður og Niður” festival in Iceland at the very end of 2017.

JARV IS… was conceived as a way of writing songs in collaboration with an audience. As the material they were playing was in a state of flux the band decided to record their live shows so that they could monitor how the songs were developing. After an appearance at the Desert Daze festival in California, Geoff Barrow (Portishead, Beak>) suggested that these recordings could be used as the basis for an album. Overdubs & vocals were added at Narcissus Studios in Neasden, London. Post-production work took place at Jason Buckle’s Place du Big Boss studio in Raynes Park, London. The album was mixed by Craig Silvey at Toast Studios in West London.

The first single from the album “Must I Evolve?” was released in May 2019 & appeared in many “Top 10 Tracks of the Year” lists.

Or, to put it another way:

THIS IS NOT A LIVE ALBUM – it’s an ALIVE ALBUM.
PostTweetShare Share with WhatsApp Share with Messenger
Community Updates
Amazon DealsAmazon discount code
New Comment SubscribeSave for later
2 Comments
3rd Aug
Hmmm... :/
4th Aug
It's a great record and much closer in spirit to pulp than his solo works, if it's still on line the gig he recorded in lockdown in a cave ( yhea I know ) is pretty amazing!