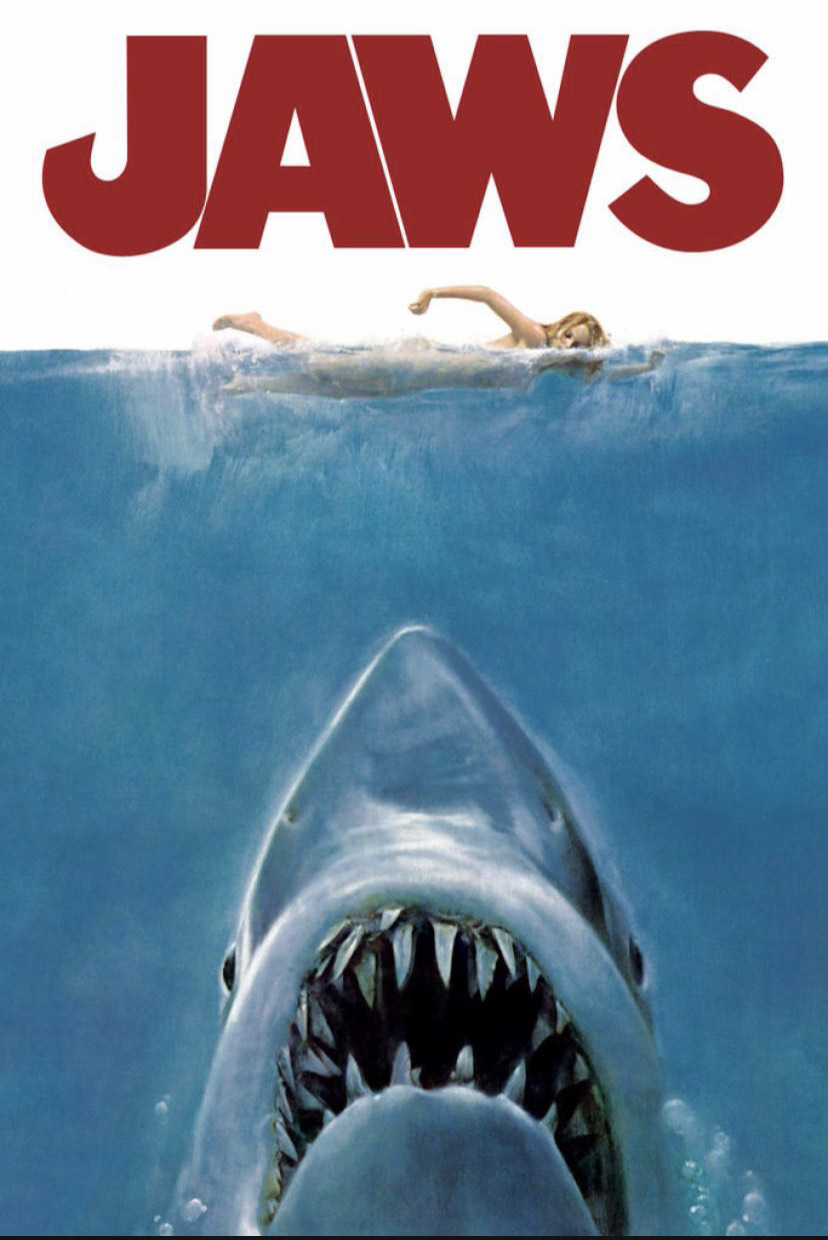 The main reason for posting this, not only has it dropped price, it’s out in 4K on the 2nd June for its 45th Anniversary so it might be up graded to 4K? It’s 4K on the US iTunes.

When a young woman is killed by a shark while skinny-dipping near the New England tourist town of Amity Island, police chief Martin Brody (Roy Scheider) wants to close the beaches, but mayor Larry Vaughn (Murray Hamilton) overrules him, fearing that the loss of tourist revenue will cripple the town. Ichthyologist Matt Hooper (Richard Dreyfuss) and grizzled ship captain Quint (Robert Shaw) offer to help Brody capture the killer beast, and the trio engage in an epic battle of man vs. nature.
PostTweetShare Share with WhatsApp Share with Messenger
Community Updates
ITunes Store DealsITunes Store voucher
New Comment SubscribeSave for later
41 Comments
29th May
Whether or not upgraded to 4k worth every penny!
29th May
Universal though. So don’t be surprised if they pull the current one before they upgrade to 4K (so you don’t get it for free free).
29th May

Oh is that what they do, the buggers.
29th May
Bought. Had to spend 5 minutes first, mind you, logging in to both my US and Canadian accounts, to check I hadn't already bought it there. Such is the life of a compulsive iTunes buyer! Wish I could keep a better grip of what I've bought where!
29th May

I use CheapCharts, you could switch countries in preference or try blu-ray.com app, not sure it does digital yet?
29th May
No guarantee it will be upgraded to 4K or get Atmos in the UK not worth the risk if u want it in the best format
29th May

Good idea on the CheapCharts app. I actually already use it, to track prices etc, and had linked it to my iTunes library to get purchased items, but that was at a set point in time. Hadn’t noticed that you can manually mark a movie as purchased. That’s cool.
29th May

There was an update recently where it can read your iTunes library (so you don’t have to key your films in one by one). I can’t remember if it’s through the website or app, I haven’t used it.
29th May

Oh is that what they do, the buggers.

Yeah, they are really underhanded about it and do it quite often.
29th May

You have 14 days refund policy so buy now and if doesn't upgrade on the 2nd ask for a refund
Edited by: "matengawhat" 29th May
29th May

Yes, you can do that. It’s done via the site and you need to upload a collection xml file that you’ve exported from iTunes on a computer. Because Catalina on the Mac doesn’t have iTunes, and the TV app doesn’t have export functionality, I can’t do this. I’ll just spend a bit of time doing it manually.
Edited by: "007heaven" 29th May
29th May

Oh is that what they do, the buggers.

Sometimes the film is available twice also with a different title just like Superman, 1 in 4K, 1 in Hd

Likely Jaws 45th Anniversay Edition will be added for the 4K version
Edited by: "vig1lante" 29th May
29th May
I bought it. Hoping it will get the upgrade. As for the 14 days refund policy, apple seems to be clamping down on that, when I buy a title now it says - you agree that if you watch or download this within 14 days, you cannot get a refund. And the film plays automatically!
29th May

Those two Superman listings are two different versions of the film. The Special Edition isn’t available in 4K on any format. Both versions were on iTunes way before the 4K release.
29th May

I bought it for £7.99 a few days ago, skipped through to view quality on tv streaming. Got a refund as soon as I requested today automatically....and bought for £3.99 lol
29th May
Already seen it
29th May 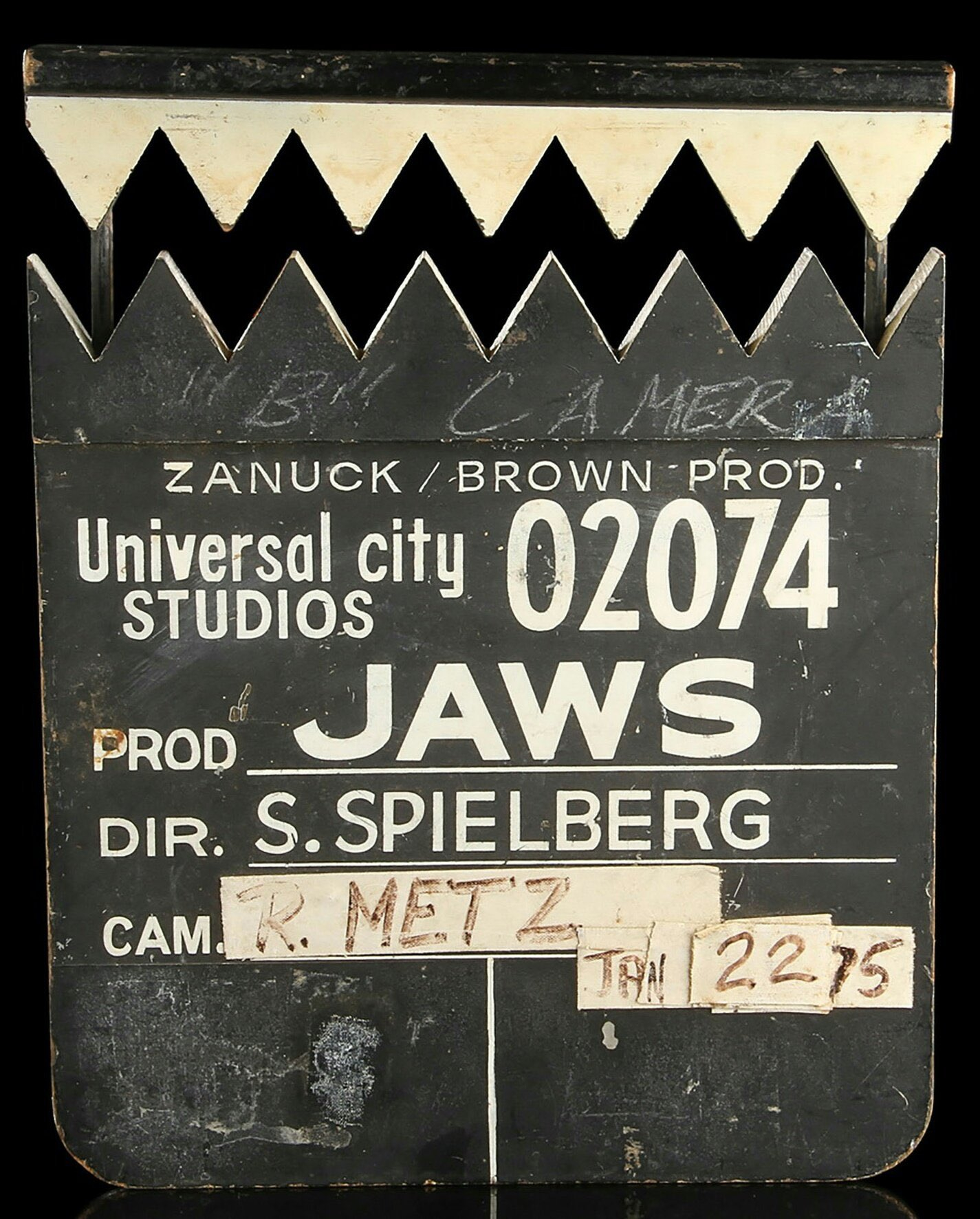 29th May
This Universal issue of relisting films when the 4K version is released isn’t, well, universal. There are plenty of films that have received the 4K upgrade, including a fair few I own.
29th May

For now, but if you do it a few times, you get a message saying you'll no longer be able to cancel. They're so greedy considering how much cash I spent with them.
29th May
Bet it's still the cut version and not the UK cinema version (which I've never seen since)
29th May

Do tell more. Intrigued.
29th May

If the dialogue during the autopsy isn't grammatically correct, then it's cut. Another tell tale sign is Hooper not measuring the bite on the remains and using the term 'bite-radius'.
29th May

You should read The Jaws Log and watch The Shark Is Still Working. Both are fantastic
30th May

Blame the States for that one melonfarmers.co.uk/hit…htm
30th May

Blame the States for that one http://www.melonfarmers.co.uk/hitsj.htm#jaws

My cut isn't mentioned there - it's more like 5 seconds. In the UK cinema release Hooper says "So this is what happens when a young girl goes swimming..." there's a bit of extra dialogue which I can't remember, then he gets a tape measure from his bag, measures the bite on the body then says "The bite radius indicates"... (which is where it cuts back in now). The scene with the tiger shark and him mentioning the bite radius again then makes a little more sense. This version existed in the UK cinema print so it must have been part of that edit, but has never been seen since :-(
30th May 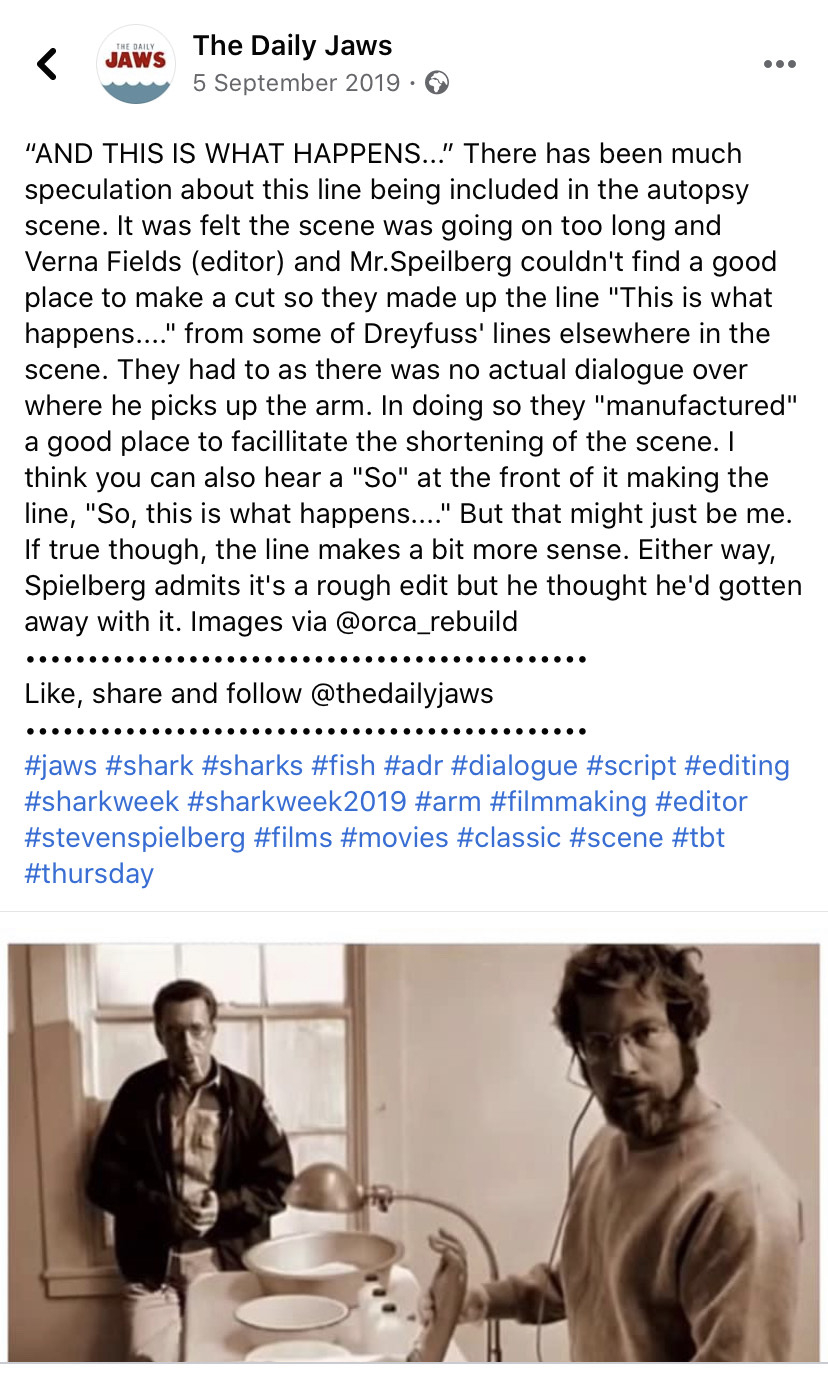 1st Jun
I am not living in hope. I waited for Top Gun to go 4k and when i stream it it states it HD when you check the info tab. I have noticed this with quite a few supposed 4k films. Has anyone else got this issue?
2nd Jun
Some films do show HD some dont but outside the US a lot of Itunes 4K films (perhaps most) are at lower res as someone has measured.

It seems 16:9 films are about 1440p and letterbox films are around 2900x1200. So they're not HD and its not just the films tagging as HD - thats just the app responding to the reduction in a random way. They will hopefully go back at some stage

Regarding Jaws I took a chance on the HD version but no sign of 4K yet.
2nd Jun

I'm sure that's temporary. If it says 4K Dolby Vision or HDR in the store, then it will go back to 4K at some stage. We just have to wait for these restrictions to get lifted.

4K or not, most still look very good.
2nd Jun
Yeah i have over 400 tiles and a good 80 percent show 4k but when playing show HD HDR. I think i should contact support. So when you play a film that states 4k and goto the info tab does it show 4k in playback or HD as this has been like this for me well before lockdown
3rd Jun
There's not much support can do. Which films 'say' HD or which 4K is a bit random but regardless, most films are probably now streaming in about 1440p. The HD or 4K flag is either the app trying to make sense of that res or that's how the reduced encode was tagged for that film.
Its def not 1080p so its just something we have to wait to go back to normal.
3rd Jun

This is something I found with the movies that I imported to my iTunes library via Movies Anywhere. Those that were available in 4K in the iTunes store, stated '4K' on the info page, but would only play in HD. This was something to do with the Movies Anywhere deal, I believe. The only MA transfers that play in 4K in iTunes, are ones that were 4K when purchased elsewhere, if that makes sense?
Edited by: "007heaven" 3rd Jun
9th Jul
I’ve been talking to Universal who spoke with the LA office, Jaws in 4K due towards the end of the month.
23rd Jul
Any news on 4K Jaws For iTunes in the UK ?
23rd Jul

Any news on 4K Jaws For iTunes in the UK ?

No more news but they did say towards the end. If nothing happens I’ll chase it up
29th Jul
Hoping it's any day now. I noticed Flash Gordon was upgraded to 4K. but sadly no jaws yet.
Edited by: "CMB76" 29th Jul
29th Jul

Yeah I’ve messaged them, no reply yet, seems odd the dropped the price for jaws also
29th Jul

I’m still chasing, last reply this week “Hey Rob, I have just chased again for you. Hopefully should have an eta for you this week. Sorry for the delay! Best #####”