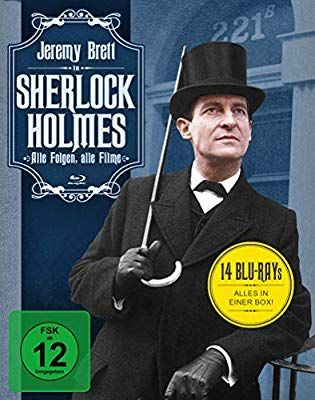 This is NOT available in UK on Blu-ray & the DVD version is even more expensive than this... Contains 14 Blu-ray's in total. RARE.

This is the original boxset contains ENGLISH soundtrack.

Enjoy
PostTweetShare Share with WhatsApp Share with Messenger
Community Updates
Amazon Germany Deals
If you click through or buy, retailers may pay hotukdeals some money, but this never affects which deals get posted. Find more info in our FAQs and About Us page.
New Comment Subscribe Save for later
Top comments
19th Aug 2019

Yes, these are 1080p scans (4:3 aspect ratio) from the original 16mm negatives. There are a few shots that are clearly upscaled, but most of it looks great - within the context of a show that has quite a lot of soft shots in it. It looks about as good as it ever could, and it's miles ahead of the DVDs for the most part. 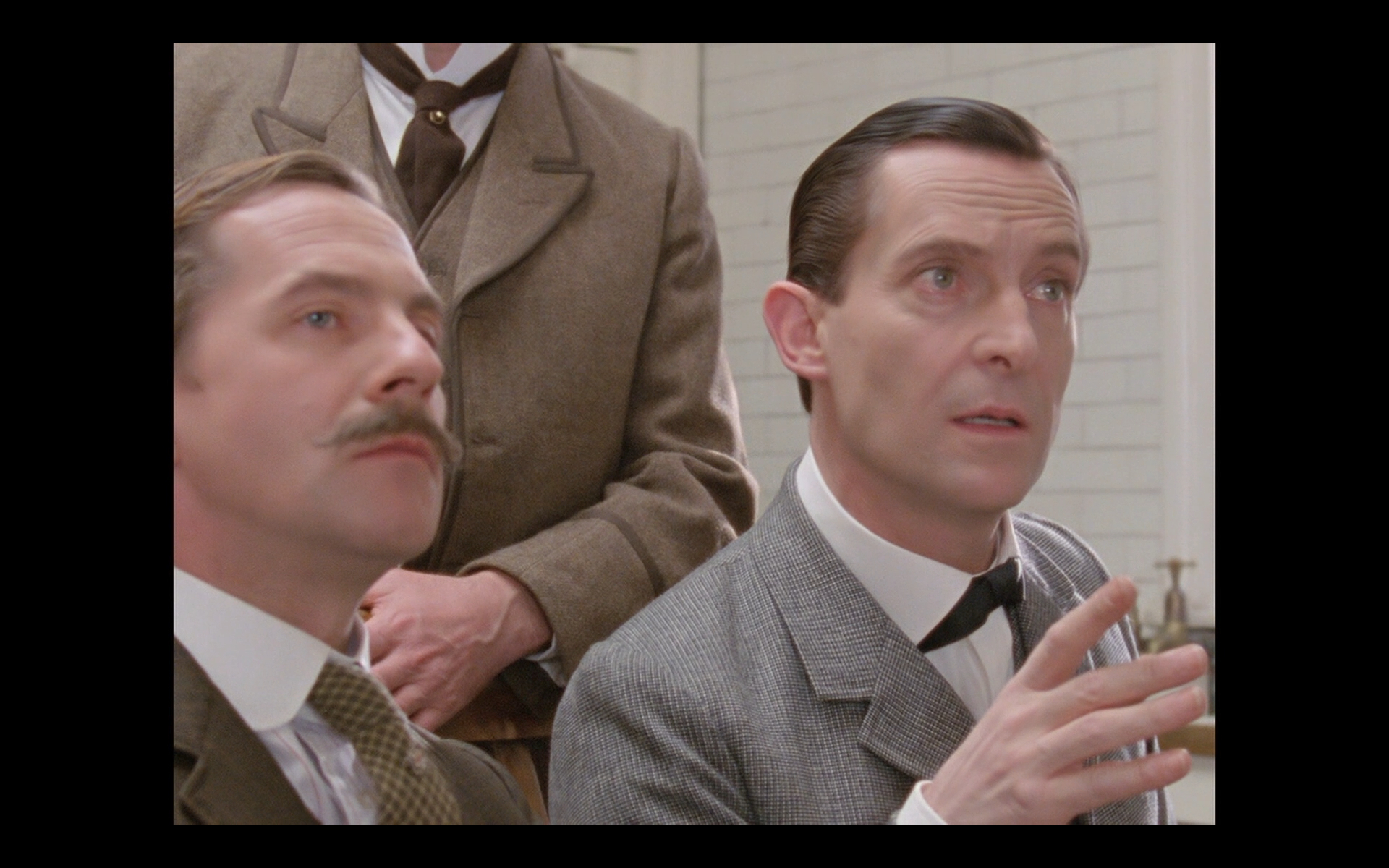 Totally agree, I eventually gave up waiting and bought the DVD box set for around £20 from Zavvi a couple of years ago
19th Aug 2019

Has it actually been remastered? The DVD boxset left a lot to be desired for picture quality.
19th Aug 2019

Yes, these are 1080p scans (4:3 aspect ratio) from the original 16mm negatives. There are a few shots that are clearly upscaled, but most of it looks great - within the context of a show that has quite a lot of soft shots in it. It looks about as good as it ever could, and it's miles ahead of the DVDs for the most part.

It's purely because of buying trends in the UK, since most people still buy DVD's here, yet in Germany, France & USA most people buy Blu-ray's, Germany having the largest Blu-ray market in Europe, so until buyers in the UK Ditch thier DVD's and stop been tight with money, buy Blu-ray players & Blu-ray's instead of inferior DVD's this won't change.

You'd be amazed how many BBC & ITV Drama's never get a Blu-ray release in the UK, take Call the Midwife on BBC for example, you can ONLY get Blu-ray's in USA & Spain, even though its a British Drama, yet we are shafted with crap DVD boxsets, it happens a lot.
Edited by: "lettherebedeals" 19th Aug 2019
19th Aug 2019
The extras say Audio Commentary, but does anyone know for how many episodes and who is doing the commentary?
19th Aug 2019

Karl-Heinz Rummenigge....
19th Aug 2019
It's showing as Out of Stock. Was that always the case or has it gone? I put in an order at that price, so will hope to get it when it's once again available.
19th Aug 2019
Tried watching this series again.
Had to give up. The acting is abysmal.
19th Aug 2019

According to the back of the box in front of me:

Thank you.
19th Aug 2019
Superb series - thanks for the info. I notice postage is payable, even though I'm a UK member of prime, but can someone confirm there will be no import/VAT etc to pay - (as long as it arrives before 31 October!)
19th Aug 2019

No never no import tax and postage is always less than a fiver, but you don't get prime benefits as a UK prime member be cool if we did though lol
19th Aug 2019

All of them? Do you mean all of the episodes from this collection? I have to agree that Jeremy Brett excels in this role, with Basil Rathbone a close second. For me the Victorian period setting works best for the stories, however I do like the updated Jonny Lee Miller take and there where too few Benedict Cumberbatch episodes (although I think they jumped the shark a little on that one).
Heat added for the heads up - weird that there is no UK release considering the provenance!
19th Aug 2019

Agreed. The only advantage is that many Blu-Rays are quite cheap. Also because some people seem to have gone to 4K
19th Aug 2019

Its true as well, sadly when blu-rays was first ever released in the UK a negative perception was created that they was far to expensive, this perception is still in the mindsets of people in the UK today, back in 2016 an in-depth survey was done in the UK, a survey about customers physical media buying habits, an astonishing 71% of people said they would buy & still do buy DVDs and think Blu-Rays are to expensive, the survey also noted the massive increase in streaming media.

As for 4K, the release of 4K physical media created a much more positive perception than it ever did for Blu-rays, in fact in another article I read last year, 4K physical media sales rocketed in the UK when they hit the shelves & online stores, selling more in 6 months than blu-rays sales achieved did in 2-3 years, therefore 4K is proving a more popular physical medium which is why UK is perhaps the MOST EXPENSIVE country to buy a 4K physical media from at the moment, it all comes back to perception & buying trends, you may even remember back in the days everyone use to gossip and be negative about blu-rays and how expensive they was and yet interestingly you do not hear the same kinda of gossip and talk about 4K media even though its around £30 a pop.

It was also announced in 2017 that DVDs would eventually become absolute, but there is still as high-demand for DVDs in the UK, so if this ever was to happen I think we may be a country that is way-behind those in Europe who all sell far more blu-rays than we do in the UK, which is why they always get the BEST of the bunch.

It strange I know, but how collective negativity affected blu-ray sales back when they was first released as had a massive impact which exists still today, you even see in some threads on here people complaining that Blu-rays in Poundland should be £1 and not £2, but buyers would still pay £1 for a DVD of the same film without quibble.

Nowadays what we here is not so much how expensive blu-rays are, or how expensive 4K is, but the argument that ever invades numerous threads on forums that streaming is better and the way to go and that we should just watch it on Netflix etc, I have seen people on here get into full blown arguments even threatening violence to each other, calling each other all the names under the sun all because of the streaming vs physical media debate.
Edited by: "lettherebedeals" 19th Aug 2019
19th Aug 2019
I don't know which episode it was, but I spotted an absolutely dreadfully error in one. Holmes climbs up onto a substantial stately home type fireplace and peers along the mantle piece. There is a network cable fully in view as he Peers along it.
19th Aug 2019

Available for me just now?

Right now it says, "Derzeit nicht auf Lager" which means Out of Stock.

I've been lookimg to buy the German Brett set from Amazon.de for some time, but every time I've checked it's been out of stock and only available from third party sellers offering it for a lot more than €4. Okay, I can order it now at this price, but what's the likelihood of it coming back in stock?

Expired obviously, not surprised though I posted it some time ago now.
26th Aug 2019

Expired obviously, not surprised though I posted it some time ago now.

Did you - or anyone - actually get one shipped? I tried buying only two or three hours after it was posted. Then it was already showing as not in stock, but allowed me to order anyway. Currently I’m awaiting a shippng date, with the assumption that it’ll come back into stock at some point?
28th Aug 2019
As I feared, I just received a cancellation email as the item is unavailable. Did anyone get one?