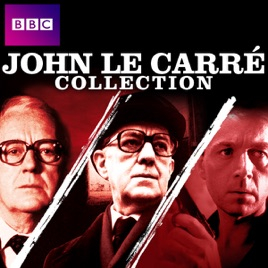 David Cornwell, better known by his nom-de-plume John le Carré, has written some of the finest espionage novels of the 20th century. He is an international best-seller and has seen his work adapted for film & television to critical acclaim. The John le Carré Collection features 3 of those timeless TV series, starring Peter Egan as Magnus Pym in A Perfect Spy and the brilliant Alec Guinness as George Smiley
PostTweetShare Share with WhatsApp Share with Messenger
Community Updates
ITunes Store DealsITunes Store voucher
If you click through or buy, retailers may pay hotukdeals some money, but this never affects which deals get posted. Find more info in our FAQs and About Us page.
New Comment Subscribe Save for later
4 Comments
16th Dec 2019
Good price for 20 episodes. Heat
16th Dec 2019
TTSS and Smiley's People are a couple of the best BBC productions ever.

Being watched Smileys again yesterday.
Edited by: "TheWorthinger" 16th Dec 2019
16th Dec 2019
Only seen the Alec Guiness ones but at just over £2 each this is hot.
16th Dec 2019
I was very impressed with the recently released Blu ray of TTSS. Great picture quality.