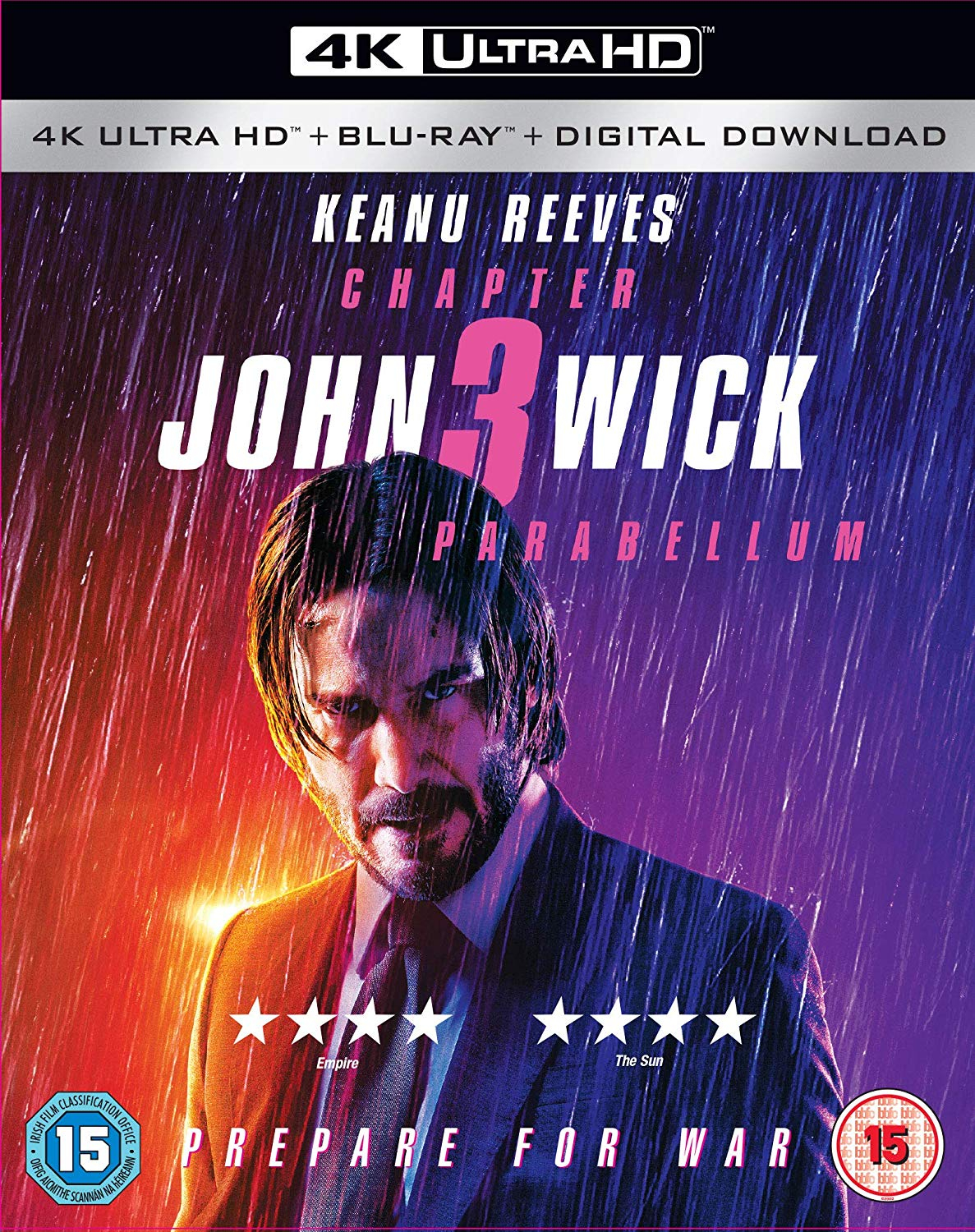 In this third installment of the adrenaline-fueled action franchise, super-assassin John Wick (Keanu Reeves) returns with a $14 million price tag on his head and an army of bounty-hunting killers on his trail. After killing a member of the shadowy international assassin's guild, the High Table, John Wick is excommunicado, but the world's most ruthless hit men and women await his every turn.

How can they take the original film and spin it into such dross.
Edited by: "Groovii.D" 20th Nov 2019
20th Nov 2019
This was unbelievably bad. Shame, it could have been really good, but just got so stupid with them trying to come up with different ways to kill people.
20th Nov 2019

Not very slick either, some of the fight scenes looked pretty lame.
25th Nov 2019
Nice one, ordered.

Because people keep lapping it up.
25th Nov 2019
Thanos snaps his fingers and kills half the universe.

Coming to Netflix New Year’s Eve... probably not in 4k though

I don't know, a few non-homegrown films seem to be hitting the platform in 4K now so I wouldn't 100% bet against it...