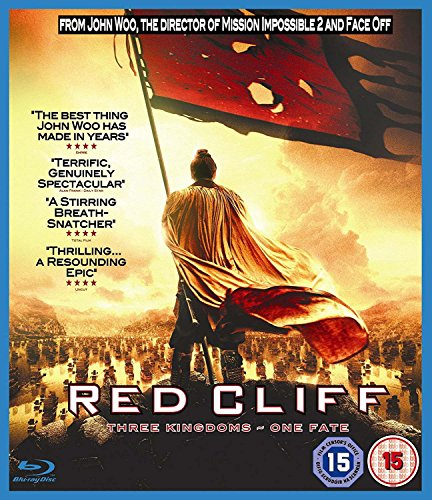 John Woo directs this historical action epic based on one of Asia's most popular novels, 'Romance of the Three Kingdoms' by Guanzhong Luo. In the final days of the Han dynasty, tyrannical warlord Cao Cao (Fengyi Zhang) invades the kingdom of Wu with his army of over a million soldiers. However, Wu's military strategist Zhou Yu (Tony Leung) devises a plan to join forces with former rival Liu Bei (Yong You) and challenge Cao Cao's invaders at sea, leading to a vast naval battle that culminates in the legendary Battle of Red Cliffs.
PostTweetShare Share with WhatsApp Share with Messenger
Community Updates
Amazon DealsAmazon discount code
New Comment SubscribeSave for later
9 Comments
21st Sep
A true modern day epic. The battle scenes are superb.
21st Sep
Sold out ‌
21st Sep
Thanks for posting, managed to get one shortly after you listed the deal.
21st Sep
Is everything in slow mo like all his other films
21st Sep
Is there not 2 parts to this movie?
21st Sep

Is there not 2 parts to this movie?