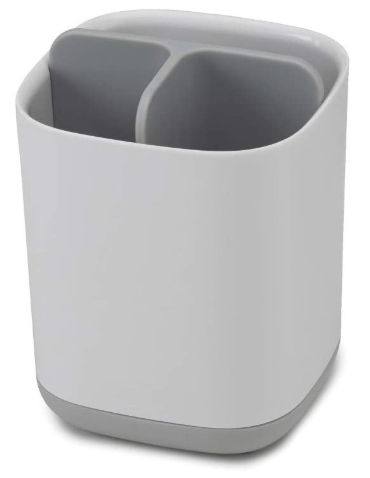 PostTweetShare Share with WhatsApp Share with Messenger
Community Updates
Amazon DealsAmazon discount code
New Comment Subscribe Save for later
24 Comments
19th May
Good good deal deal
19th May
If you want something that looks good to hold your toothbrush and is easy to clean. This is a bargain.
Edited by: "Rb_" 19th May
19th May

This it for a toothbrush, not a toilet brush.
19th May

This it for a toothbrush, not a toilet brush.

Yeah, not sure why I wrote toilet brush! Serves me right for trawlling this whilst working out other things!
19th May

Life was completely different before lockdown
19th May
The Large and Small are exactly the same price in John Lewis lol except have 2 year warranty there - this is not cheap
19th May
Bought small @amazon Nov 2019 for £5 so they do get cheap cheap
19th May
I got the large one for about £7 and I really like it. I keep buying Joseph joseph stuff and I don't know why. Its like an addiction.
19th May

I bought 3 on this deal for Christmas stocking fillers
19th May
Please don't keep your toothbrushs in the toilet.
19th May
whats the appeal with this joseph joseph stuff i bought the set of four chopping boards a few months back and they are carved and scored to hell already
19th May

I bought 3 on this deal for Christmas stocking fillers

Nothing says I love you like a toothbrush holder!
19th May

It's fluffy marketing. They all look very nice and modern, and they give the impression of being well designed and like they're solving common household problems.

But in reality, it's all just in the looks, and they are not well designed or engineered. I'm basing this on numerous Joseph Joseph presents we've been given:

One - the set of 4 chopping boards, which as you mentioned scored extremely easily and looked awful after a few weeks.
Two - the plastic sink caddy, which is really badly designed, using an awful thin cheap plastic for the plastic tubing and no raised bottom to accommodate smaller items.
Three - bathroom bin which has a cheap feeling sharp edge around it, and no mechanism for concealing the bag, so looks messy.

Having said that, despite thinking the brand is overpriced rubbish, we also have this toothbrush caddy (the large one) and it's actually really good - looks good, is simple, and easy to clean.
20th May
Bought the large one from Amazon for £7.99 last November..no deal here.
20th May
Wish i had more money than sense ...sometimes!
All in the name poor designed products!
‌
Edited by: "Time-To-Fap-Tikka-Wrap" 20th May
23rd May
It's just mass imported Chinese stuff. Exact same thing on eBay/AliExpress direct from china.