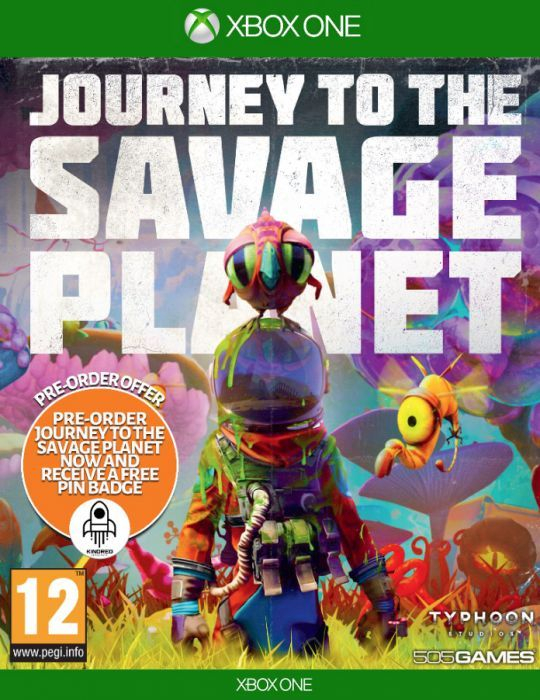 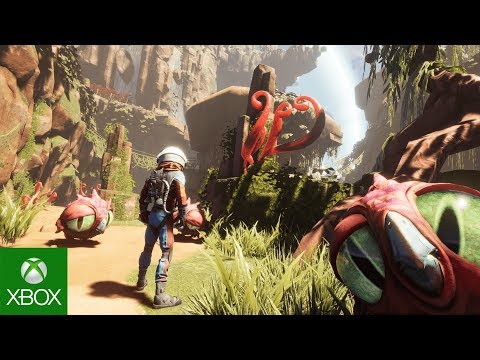 Welcome to the Pioneer Program! In this upbeat & colourful, co-op adventure game you play as the newest recruit to Kindred Aerospace. Dropped onto an uncharted planet with little equipment and no real plan, you must explore, catalogue alien flora and fauna and determine if this planet is fit for human habitation. But perhaps you are not the first to set foot here… Onward to adventure! Good luck - and mind the goo!

Uncover the Mystery: Are you truly alone? Solve the mystery to complete your survey of the planet.

Looks decent, but screams gamepass game. So will wait

Yeah I’m torn on it too, will wait to finish the outer worlds and then decide
31st Jan

I did hear the coop only saves for the host. The coop partner still needs to do it all in their own game. Not sure if it's true.
31st Jan
I'm not sure whether to be interested or not in this one which is a rare occurrence for me.

Personally I think they've done a horrendous job marketing this game. Promo stuff made it look like another garbage multiplayer survival game but then looking into it there's very few details other than them seeming to keep just trying to use keywords in big letters like "Explore," "Craft," "Survive," because y'know, it's not like a slew of poor games use that same tactic. And then we're at the point where it's come out and I've seen I think only one single advert for it that I didn't have to look up myself.

So from most recent that I gather it's like No Man's Sky but on one planet and I know I'm probably still wrong with that. I seen an interview where they said it was for "middle aged gamers," meaning that it's for folk without too much time and that want a more lighthearted short romp through something compared to facing starting a long, more heavy experience.

Piece of information for trophy/achievement hunters too - This game has co-op trophies but supposedly does not support local co-op or online matchmaking, so that adds a "fun" thing of having to track down someone with a copy yourself if you want them. Oh, and on co-op, @RAGiN_CRiNZ is correct - It only saves for the host which sucks.

I'm sort of interested but they've absolutely not sold it to me considering I really know nothing beyond knowing they're simply in the game about the crafting, loot, exploration, scanning enemies, etc.
Edited by: "Vladimir" 31st Jan
31st Jan
I've read it's only 5 hours long?
31st Jan

I'm 5 hours in and 40% complete.
15 h, 51 m ago
Anyone used this website before? Also are they still delivering given the lockdown and all?