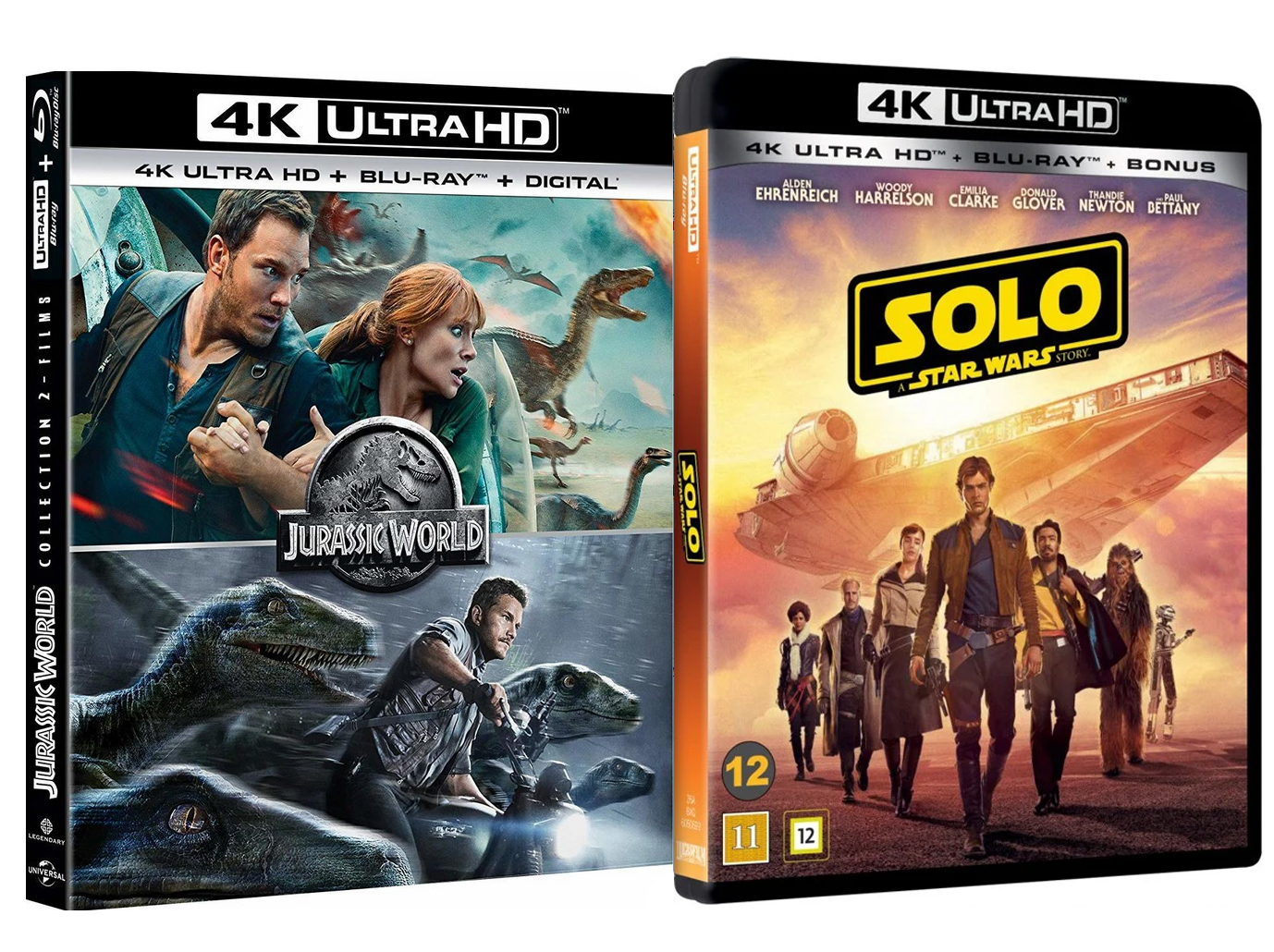 £13.99 Free P&P FreeeBay Deals
Community support25
Get deal*Get deal*
Community support
25Get deal*Get deal*
Posted 9th May
Excellent price for three films in 4K (Couple of other options below too)
Jurassic World
Steven Spielberg returns to executive produce the long-awaited next installment of his groundbreaking Jurassic Park series, Jurassic World. Colin Trevorrow directs the epic action-adventure based on characters created by Michael Crichton.
Jurassic World: Fallen Kingdom
t’s been three years since theme park and luxury resort Jurassic World was destroyed by dinosaurs out of containment. Isla Nublar now sits abandoned by humans while the surviving dinosaurs fend for themselves in the jungles.
When the island’s dormant volcano begins roaring to life, Owen (Chris Pratt) and Claire (Bryce Dallas Howard) mount a campaign to rescue the remaining dinosaurs from this extinction-level event. Owen is driven to find Blue, his lead raptor who’s still missing in the wild, and Claire has grown a respect for these creatures she now makes her mission. Arriving on the unstable island as lava begins raining down, their expedition uncovers a conspiracy that could return our entire planet to a perilous order not seen since prehistoric times.
With all of the wonder, adventure and thrills synonymous with one of the most popular and successful series in cinema history, this all-new motion-picture event sees the return of favorite characters and dinosaurs—along with new breeds more awe-inspiring and terrifying than ever before. Welcome to Jurassic World: Fallen Kingdom.
Solo: A Star Wars Story
Ron Howard directs this sci-fi adventure set in the 'Star Wars' universe, featuring a stand-alone story written by Jon and Lawrence Kasdan. The film follows Han Solo (Alden Ehrenreich), a notorious smuggler navigating his way through the galaxy's dark and dangerous criminal underworld. Meeting and forming a strong bond with intimidating Wookiee Chewbacca (Joonas Suotamo), infamous gambler Lando Calrissian (Donald Glover) and old friend Qi'ra (Emilia Clarke), Han sets out on an epic journey through the darkest reaches of space looking to stay one step ahead of some of the most feared characters in the galaxy. The cast also includes Woody Harrelson, Paul Bettany and Thandie Newton.
*Note - you only get the 4K HD Blu-ray and not the bog standard Blu-ray. I just made this image up as the one on ebay was so naff. 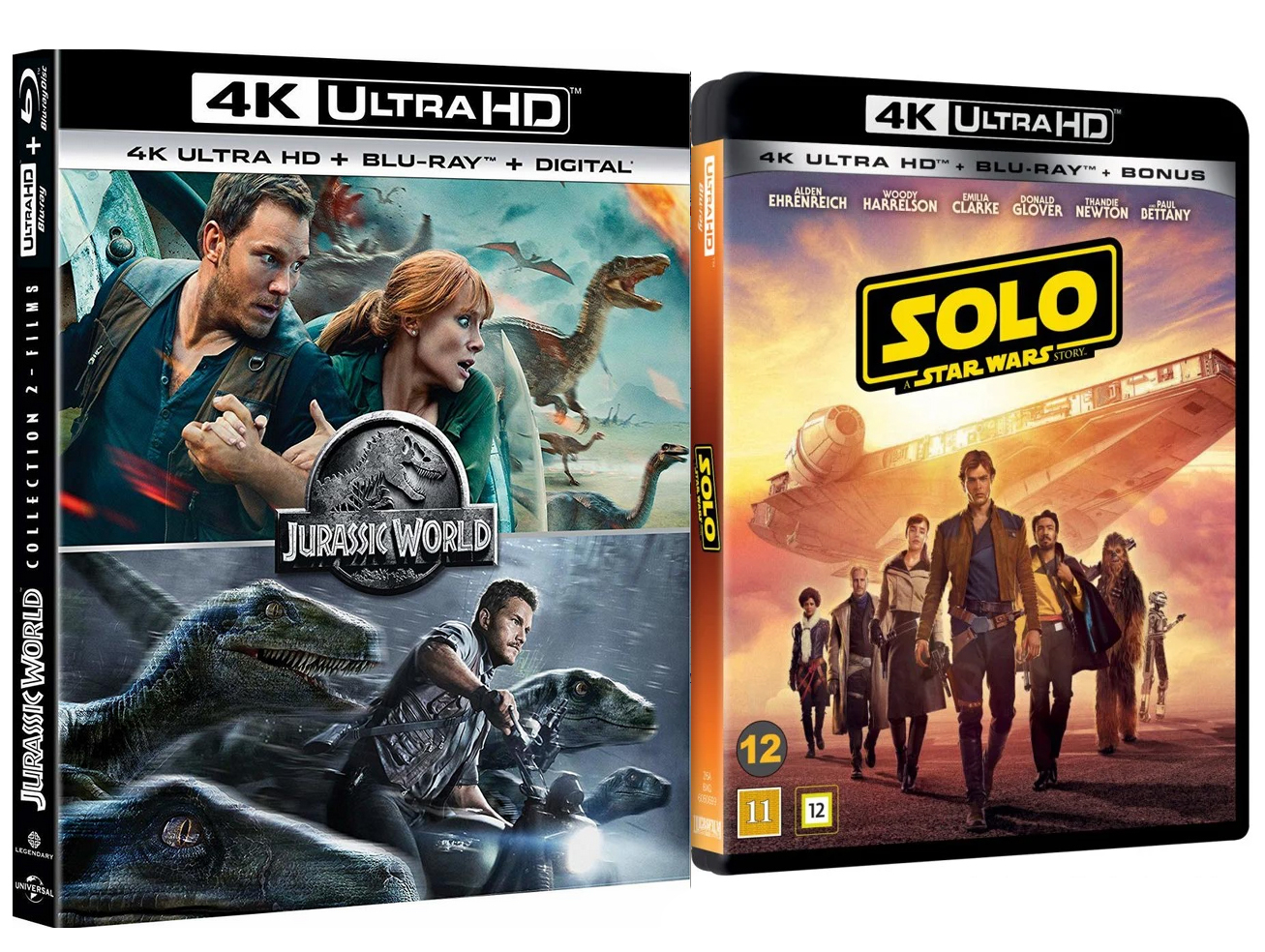 If you prefer, you can get Deepwater Horizon instead of Solo (and it's 50p cheaper)
Link here
(Thanks to t3rm3y below) 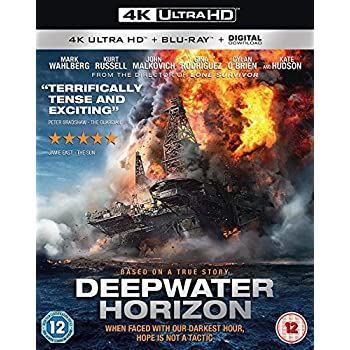 Or, if you like you can get the Jurassic World / Jurassic World: Fallen Kingdom / Solo: A Star Wars Story 4K bundle with Mama Mia too for £18.99
Link here 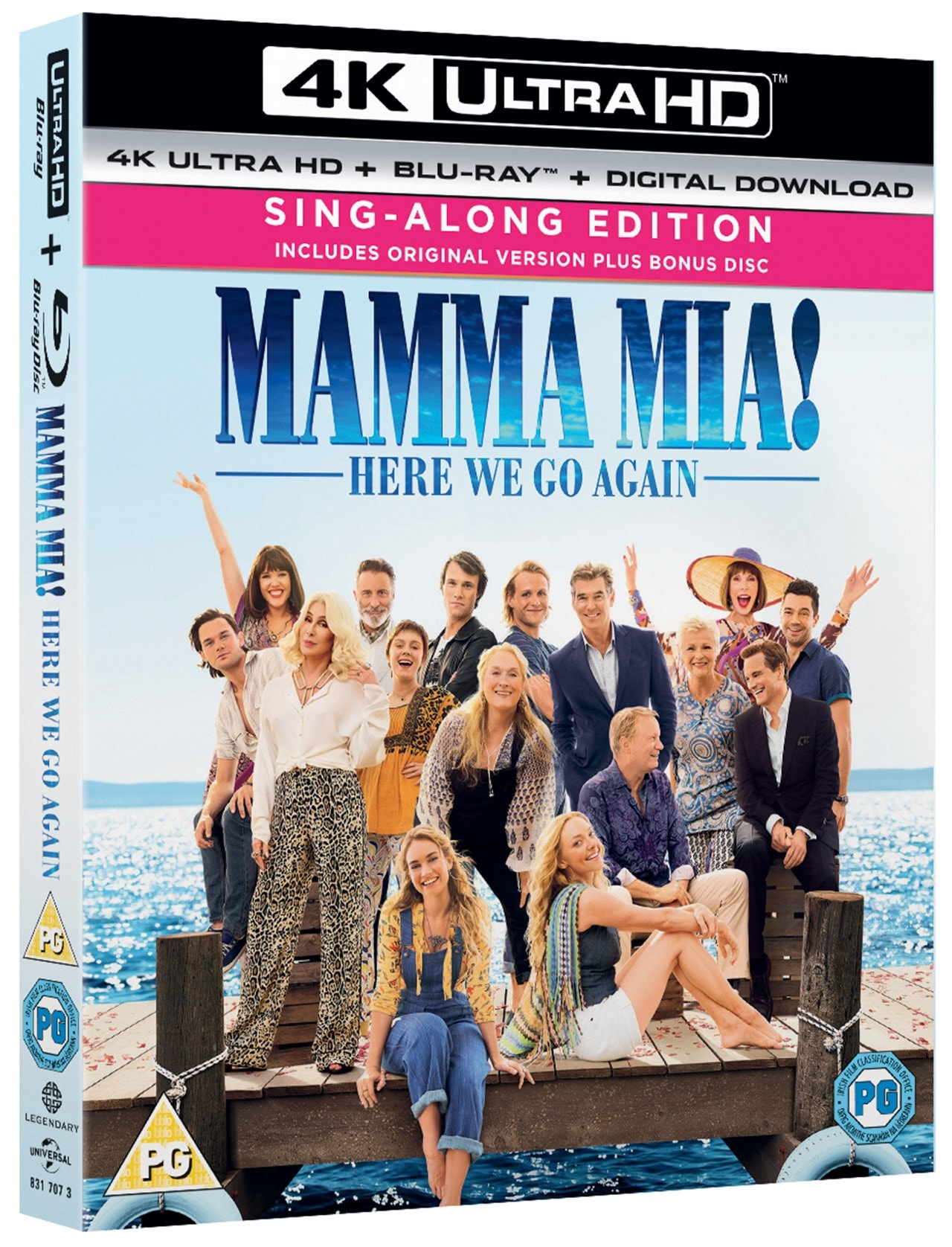 PostTweetShare Share with WhatsApp Share with Messenger
Community Updates
EBay DealsEBay discount code
New Comment Subscribe Save for later
25 Comments
9th May
Good spot Andy
9th May
Only for 4k players . I have both and they are excellent quality. You don't get a Blu Ray but then I never see the point personally as I want to watch the best quality on my biggest TV.
9th May
They also have Jurassic world with deep water horizon if prefer. Seems they really want to get rid of Jurassic world
9th May

Yep, from OP:-
*Note - you only get the 4K HD Blu-ray and not the bog standard Blu-ray. I just made this image up as the one on ebay was so naff.
9th May

Not on these you don’t. Look at the images on the listing, not those on this deal. They’re promotional copies being sold on. Probably leftovers from when they were bundled with TVs / 4K players.

Still worth this price easily though.

Nice spot @andywedge . The Jurassic World films are great. Can’t wait for the third.
9th May
Tempted to buy but haven’t bought my 4K tv yet and then need to get the 4K player after that but love a bargain haha
9th May
Do you get digital codes with these?
10th May

The benefit of including the blu ray is the special features which in most cases in only on the included blu ray on not on the 4k disc itself
10th May
Will these work on a ps4?
10th May

Will these work on a ps4?

That's a good point. After nearly 40 years of video/dvd/blu ray and now 4k film collecting I don't bother with the extras so just the film is fine .
10th May
A great deal, thanks OP. Ordered the Mama Mia bundle
10th May
Good spot? These have been posted multiple times over the last several months, the last time was literally four days ago:

Some you do get BDs with, but the Jurassic World double pack is UHD only. It was a Samsung Movie Lounge exclusive.
10th May
Strange 3 movies to be bundled together? The Howard connection?
10th May
Got it !! Thanks
10th May
The seller was also selling these on facebook he has thousands in stock
10th May

Who’s Andy? That’s Burt Macklin, FBI.
10th May
Good deal. Looks like magnificent 7 is a good buy with 4k + Blu-ray + slip
10th May
Jurrasic World Fallen Kingdom is the best looking HDR film I ever seen by far. Just Amazing. Colours, blacks and brightness of this film are spectacular. Watched on my Qled q85r. Probably on OLED tv looks even better.
Worth to buy Blu Ray copy as bitrate is 4 times higher than streaming services.
11th May
a great selection of films if you have recently suffered major head truma
14th May
Mine arrived today, £4.70 delivery it cost for the 4 disks - WOW! Signed for!