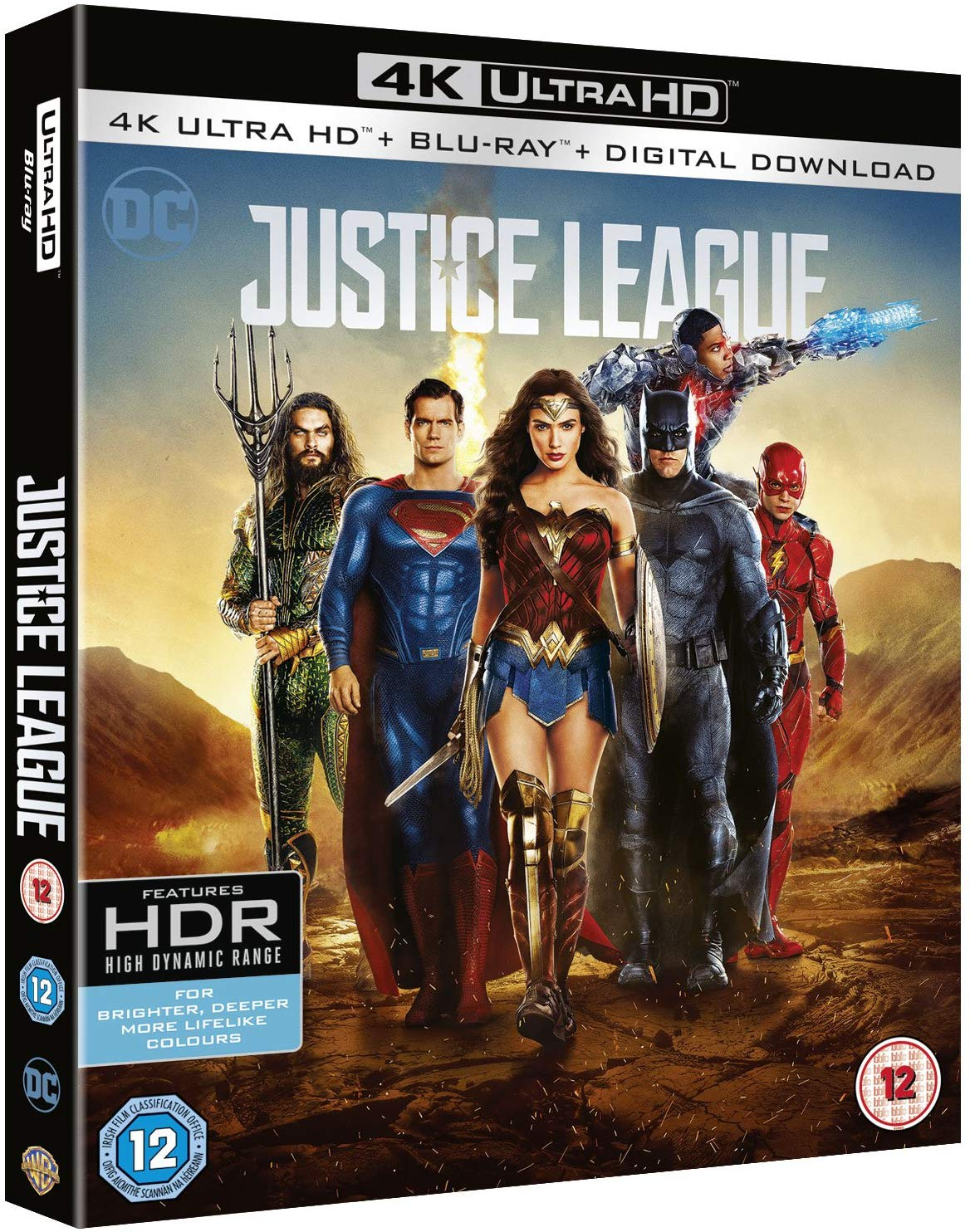 Fueled by his restored faith in humanity and inspired by Superman's selfless act, Bruce Wayne enlists the help of his new found ally, Diana Prince, to face an even greater enemy. Together, Batman and Wonder Woman work quickly to find and recruit a team of met humans to stand against this newly awakened threat. But despite the formation of this unprecedented league of heroes; Batman, Wonder Woman, Aquaman, Cyborg and The Flash, it may already be too late to save the planet from an assault of catastrophic proportions.

i own this on Google play movies, but rathet than rebuy now it i’ll wait for that cut
Edited by: "marc1982" 24th Nov 2019
24th Nov 2019
Also waiting for Snyders cut.
24th Nov 2019
dont expect it to improve the story! it will be so dark and grim and depressing...! far darker than BvS!
*I still want to see the snydercut too! I also want to see the Ayer cut of suicide squad but there is no online campaign for that sadly!
both films would be hugely different to what was released! I think the Ayer cut is likely far closer to the animated version.

how about rogue one?! thats also been completely rebuilt with rolls of footage not used!
24th Nov 2019
In what way could any cut make this movie watchable. Its a stone cold turkey and I'm a life-long Batman fan. The last I'd want to do is give wb more money for yet again releasing another cut of a terrible superhero movie.
24th Nov 2019
£19.15 now
24th Nov 2019

half the story was removed, this film was going to be cyborg's origins movie (why WB decided to rush right into justice league makes no sense!) when they should have done solo movies leading up to this, like marvel/disney did with all their heroes.
the film was to start during the end of BvS, just like BvS started during the final battle of MoS.
it would also be over 3hrs long probably!!! doubt thats a good thing...
a lot of the story and its pace and order would have been completely different. can't really say more as there would be a lot of spoilers
24th Nov 2019
You couldn’t convince me to watch that movie again if you paid me. What a mess! Bring on the Snyder Cut. 3 & a half hours compared to 2 hours (with the CGI moustache, crap jokes and a lame ass Batman). I just wish I could erase the theatrical cut from my memory! #ReleaseTheSnyderCut
25th Nov 2019

But surely a lot of what is there currently would still be there and what is there is really, really bad. I remember the same after seeing bvs at the cinema. That movie was truly terrible (in different ways to JL) but like a mug I fell for the nonsense that the ultimate cut would make the film much better so I bought it on release. Nope, stil terrible.

Then the same way with Suicide Squad, saw it at cinema and thought it was pretty bad. I then stupidly bought the extended cut which actually made the film worse.

I would have to be very silly to be suckered a third time.
25th Nov 2019
Why people would want to watch a Snyder cut I'll never know, don't you remember the god awful mess he made of Man of Steel and Batman v Superman?
25th Nov 2019

I think I agree with you now! Although I liked the directors cut of bvs a little bit...
I would still like to see the original directors vision of both films though
25th Nov 2019