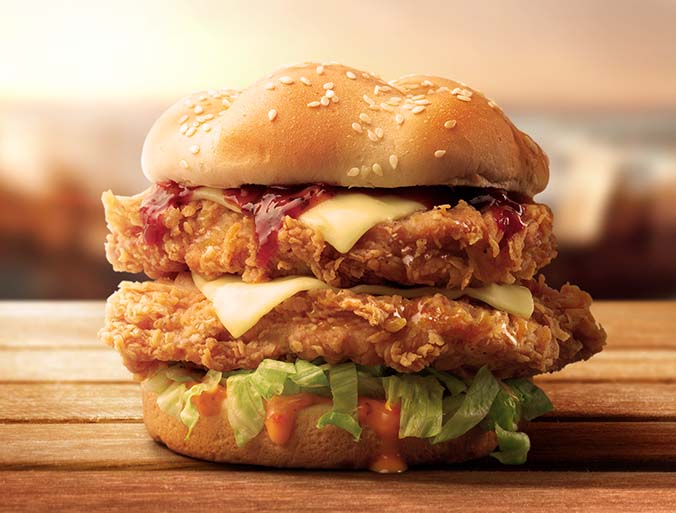 For those who remember.....The Zinger Stacker is BACK!

What they say:
Made with two fiery zinger fillets, topped with two slices of cheese, supercharger and sweet chili sauce. Fiery and delicious.

The Zinger Stacker has returned to KFC and apparently it is going to be a permanent menu item. Don’t quote us…

It originally made an appearance at KFC Australia and your favourite burger website promptly showed you how to hack it in 2014.

By hacking, I don’t mean balancing it on your head or other stupid nonsense, I mean how to create a menu item that doesn’t officially exist.

It’s slightly cheaper than the hack, while also including fries (I’m not a fan) and a drink. It’s just as big as I remember and I’ll tell you now that it’s just as good.

It doesn’t include waffles sadly – having been inspired by KFC Australia, perhaps we will get the KFC Malaysia delight next?

In the meantime we have this, two pretty chunky Zinger fillets inside a bun, with double cheese, lettuce and of course Supercharger sauce and that sweet chilli.

Inside, it’s wrapped well, built well and both looks and smells fantastic.

I wasn’t overly hungry going in, but going out I felt I could have had another one!

At £6.49 for the meal, it’s quite a fair price for what you get and if, like me, you always remember to use your KFC app, then you collect points and things, and I actually got £5 off this.

So it was a winner Zinger all round.
PostTweetShare Share with WhatsApp Share with Messenger
Community Updates
KFC DealsKFC vouchers
If you click through or buy, retailers may pay hotukdeals some money, but this never affects which deals get posted. Find more info in our FAQs and About Us page.
New Comment Subscribe Save for later
Top comments
8th Feb 2019 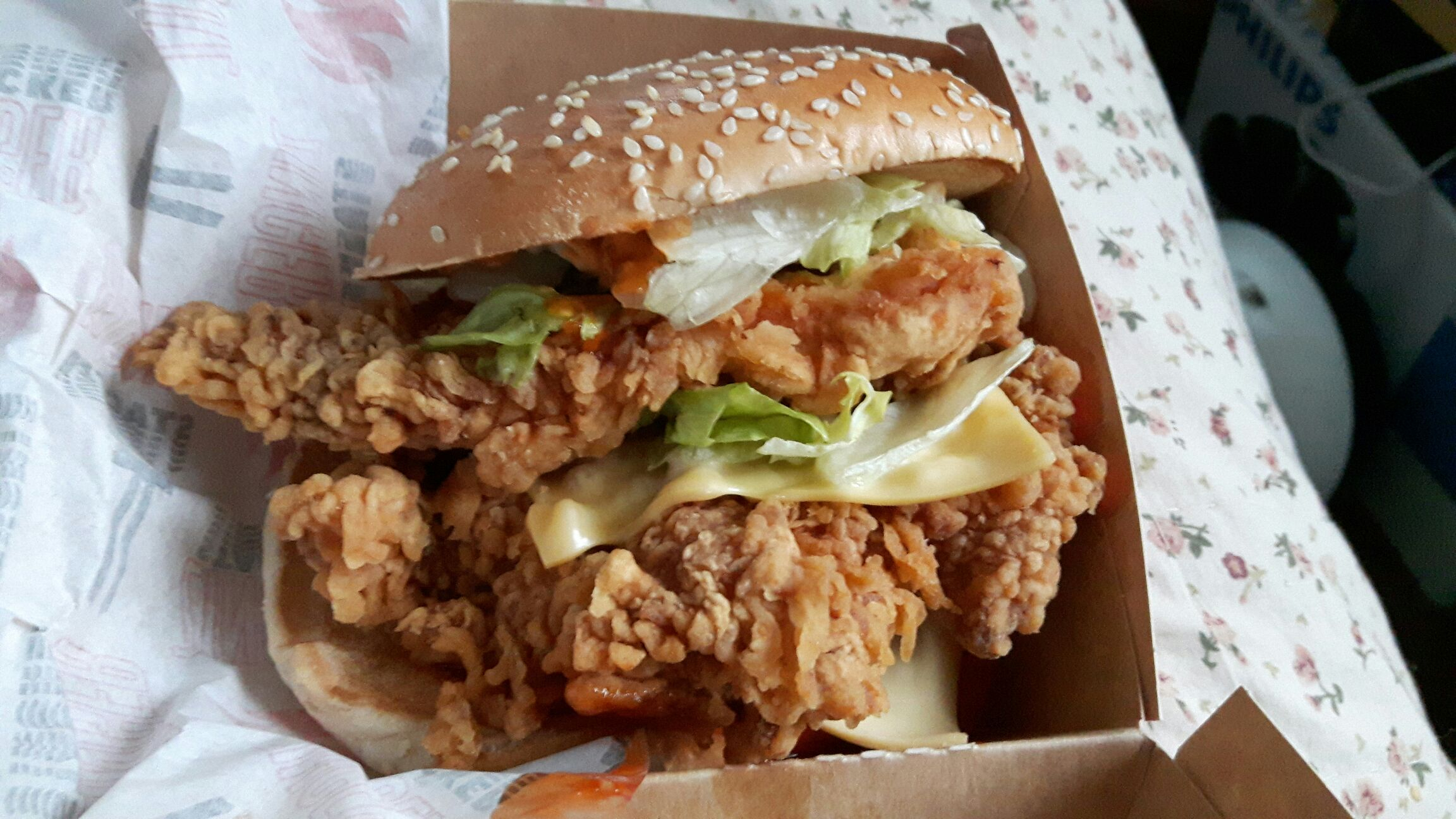 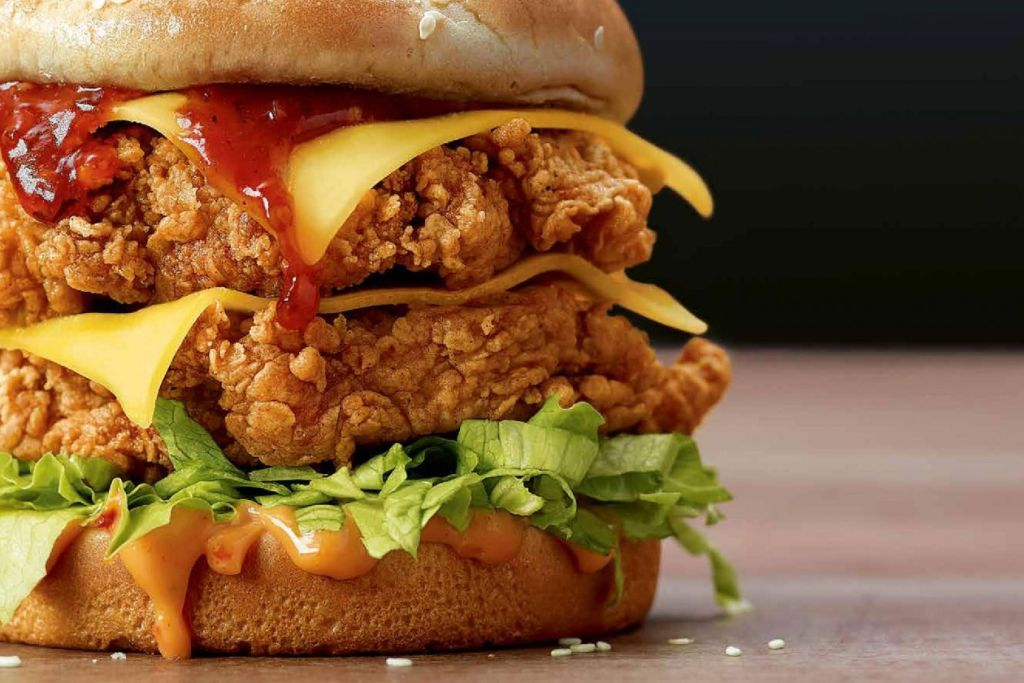 [Image] an actual picture of it

Wasnt much chicken either and just the typical coating they use to make it look bigger
Edited by: "Luis85" 8th Feb 2019
8th Feb 2019
Any KFC burger I've had in the last ten years is just a soggy mess.

Not anymore. Probably been once in the last three years. It got old when they started charging £15 plus for a few underwhelming pieces of fried chicken and cardboard chips.
Edited by: "pasgun" 8th Feb 2019
8th Feb 2019
Im English.

Hack is what you do with a horse, or to your annoying partner say, with a machete.

A small but useful piece of practical advice is a tip.

There is a KFC in Exeter and I kid you not I have always had good burger from there. I have been to a lot of KFC's aswell. some of them just can't be bothered!
13th Feb 2019

[Image] an actual picture of it

Good looking in promo pics maybe, whenever I get a burger from KFC (or any other fast food establishment for that matter), it looks like it was constructed by Stevie Wonder and then drop-kicked from the kitchen to the front counter!
13th Feb 2019

Suppose it could be macdonalds, a plump big mac on the picture, only you receive one smashed beef patty looking all dry and deeadful