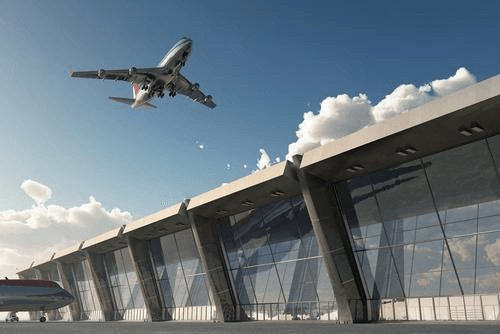 Dam. Just paid £34 for 7 nights on Jet Park Plus and that was with a discount. And also, keeping my own car keys

Voting cold you can get better deals by shopping around

https://www.trustpilot.co.uk/review/www.kgbdeals.co.uk check this reviews and you will think 1000 times before even entering their site.

KGB company is a scam/con and needs to be reported so nobody else gets conned...beware awful reviews. 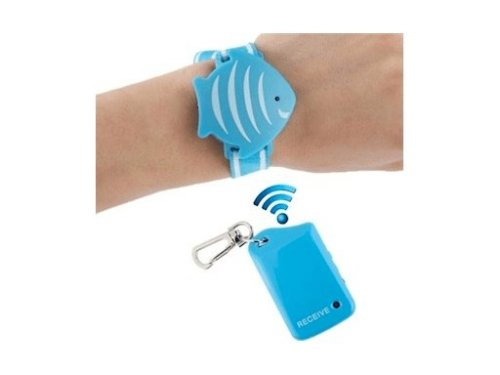 263° Expired
Posted 29th Sep 2014Posted 29th Sep 2014
£11 for a child's protective wristband alarm - delivery included - KGB Deals
£11
Good for peace of mind. Looks just like a watch or a bracelet. Simply place the 'transmitter' on your child's wrist when you're going out in public, and you'll keep hold of the rec… Read more
Get deal*Get deal*
bowlingnanny

I wonder if anyone has received one of these. I ordered on the 30th September and have not received mine yet.

Damn, I had the idea for these back in 1999, do wish I'd have made the effort to build one and take it to mothercare/similar :(

Indeed, but at least it gives you a fighting chance of figuring out which direction they went in... I might be wrong, but I'm guessing you're not a parent yet - it's very easy for a child to go missing while you're at a shop till trying to put your PIN into a card machine, etc. etc.

Bit late once your child's gone? 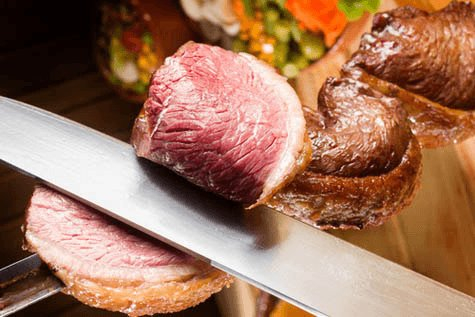 -17° Expired
Posted 17th Sep 2014Posted 17th Sep 2014
RIO BRAZIL , ALL YOU CAN EAT Brazilian grill with a glass of Prosecco for two £29 at kGB Deals
£29
Experience all the color and pageantry of Brazil when you enjoy all the flavours available to your palate with this deal for all-you-can-eat Brazilian grill with a glass of Prosecc… Read more
Get deal*Get deal*
ooahbigmatt

I thought it said "all you can eat Brazilian girl". 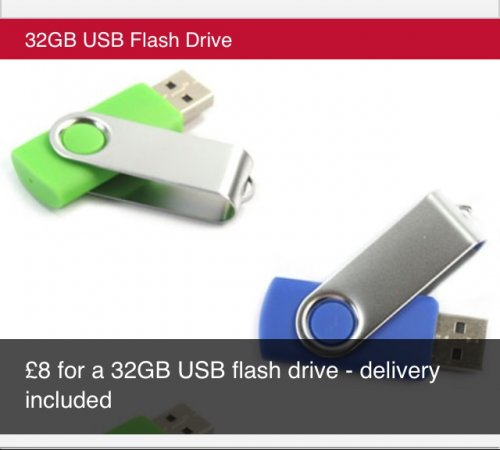 Thanks toobers! I will avoid them next time I think of buying something from them.

I brought the coupons from this company last year and sent of for the dongles one didnt turn up and the other was suppose to be 64gb and it turned out to be 2gb I contacted Kgb after contacting the other company and they did nothing I would stay away from Kgb and go with one of the other companys like Groupon at lease when I have a problem you can ring them and they will sort it.

if that wait then china crap

You can get it for this price without the wait - usb2

we bought a £19 deal once for a photoshoot and when we went to view their cheapest photo was £795!!!!

We had one of these done but ours was free. The cost of photos afterwards was crazy something like £80 a photo.

During each photo shoot you'll be harassed into purchasing more photos at inflated prices. And you wonder why it's £8.99 on a deals website...,

These places usually then expect you to buy a package of photos costing £100's at the end of the shoot, often using pressure sales.

Does anyone know if the tickets needs to be booked for a certain day in advance?

I'm not familiar with this - is this like a museum for strange and weird things?

It depends on the periodontal scores and the amounts of hardened plaque/calculous, usually for small deposits of hardened plaque on for example the lower incisors which is a common occurrence, the dentist will usually take the small deposits off which would be covered by the band 1 NHS dental charge, if a patient has a mouth filled with hardened plaque coupled with a an all around perio score of 2 or more then they usually are referred to the Dental hygienist for a deep scaling and cleaning or the dentist may carry out the cleaning themselves on a NHS band 2 charge which is currently £50.50 which would include the £18.50 check-up free. The polish is classed as a cosmetic treatment by the NHS, occasionally the dentist may reward patients with excellent oral hygiene with a tooth polishing with the check-up if no scaling is required but a few stains are present. hopefully this info helps.

How does it work though...will you have to first pay your dentist to get your teeth examined and only if he/she recommends it, then you will have to pay again to get scale and polish for £18.50?

The deal says polish, not scale and polish. You only get a good clean from a scaling

There's clue in the post .... 'your friendly dentist will examine your teeth ...

75° Expired
Posted 24th Apr 2014Posted 24th Apr 2014
32GB USB flash drive - shipping included £8 @ KGB
£8
32GB USB Flash Drive We are living in the digital age, where it is imperative to stay connected at all times. Keep all of your most important digital files close at hand with this … Read more
Get deal*Get deal*
karlypants

Were £8.71 on Amazon this am but feedback is poor. I have several of these in 8gb they seem OK but i don't use them heavily so can't comment on reliability and yes they are quite slow when storing larger files etc. Oops thought these were Kingston Data travellers, obviously not. Defo wouldn't risk buying these at all....

The "cheap" 64GB flash drives that are actually 4GB...

most things are made in china

They look exactly like the cheap 64GB drives from China. Id avoid.

Had a few deals off them, always been ok.

-75° Expired
Posted 26th Mar 2014Posted 26th Mar 2014
KGB Deals - £8 for a 32GB USB flash drive - shipping included/TCB 10.5%
£8
We are living in the digital age, where it is imperative to stay connected at all times. Keep all of your most important digital files close at hand with this incredible deal for a… Read more
Get deal*Get deal*
pepperstu

ok thanks for the heads up

For this reason along they get cold for whatever price :/

Also speeds are dog awful, was getting around 3Mb/s write and 5Mb/s read.

Same reason others of this type have gone cold. These unbranded drives are so unreliable. I have had 3 separate drives that look identical to these all failed for various reasons in less than a month. A couple of quid more on a reputable branded drive will save you a load of hassle.

I have used a couple of identical looking unbranded 8gb sticks. They were TERRIBLE. 3 out of 3 failed very quickly. Either became unrecognized or needed formatting. Sorry OP, but I would avoid wasting money on these and shed a few quid more for amazon if not for their

Groupon was easily before KGB but they have been around a good few years. Not arguing on the unbranded issue, some of them are dire. Not had any issues with KGB in the past but at the end of the day, it depends on who's supplying them in the background. They do look pretty generic like "MyMemory" or "7dayshop" own brands so you'll not know if they're fake until you test them with H2Test. They certainly wont be fast. I agree on the spending pounds more and get decent ones from MyMemory but at the same time, you cant say they're fake unless you've tested one.

Have they been around any longer than Groupon? I got a fake drive from them. I would not trust any of those type of suppliers for some unbranded goods. May as well pay a couple of quid more and get a branded drive from Amazon or similar.

Stick these to your computer and now Putin knows everything about you. :)

KGB Deals has been around for a very long time. I wouldn't think they'd be selling fakes (not intentionally anyway).

Sorry op, not a bad price but shipping extortionate and unlikely to be genuine

Call the cops this is COLD!!!!

The last time these were posted they turned out to be fakes.

Can't find any web presence for such a company, only something similar in the USA that supply firearms. And for that reason, I am out.

I wouldnt go for this, I know a friend who did and he was living next door to spacers :P

mailed them this hi would like to know if you guys actually have proof that you own the moon land your selling? please tell me please cause as far as i know...the moon is not owned by anyone.so how can legally sell one acre of land on a planet you don't own.please send explanation please. regards jimbo76 i hope they answer this lol

Anyone heard of the make 'Datalife Micro' sd cards ,cant find anything about the brand so think i'll give it a miss in case its a nasty chineese make .We recently bought a bedding deal from KGB was supposed to be a bargain reduced from £39 to £12 ,load of old polyster rubbish and cheaper on Amazon we found out later .Also the returns policy was a joke ,restocking fees ,postage etc !! Just found out that Verbatim do the Datalife brand for their recordable media ,but their sd cards look nothing like this they have the verbatim logo printed on their cards , Fakes?

they shouldnt have a class 6 card in the image.

Checked it out and it is class 4 ratng

This deal should have ice hanging off it . Nobody buy these controllers they are fake which is easy to see from description of them . No offence to deal poster but just not a good deal and most things never are with kgb

Why on earth is this cold? Put your money where your mouth is and tell us where it is cheaper or butt out!

Instead of a chippy tea on night two, the Lymewood Farm (restaurant) is next door. Quite nice in there. The only bad thing about the hotel is it backs into the East Lancashire Road (a busy dual carriage way linking Liverpool &amp; Manchester).

Have you been to haydock before?

What kind of chippy do you go to? :O

-19° Expired
Posted 10th Jan 2014Posted 10th Jan 2014
Decorative lord or lady titles £15.. Good novelty gift idea :) @ KGB Deals
£15
Seen this for my friend who always calls herself "a lady " Now she really is !! Obviously not for everyone but a bit of fun and a small bit of land too
Get deal*Get deal*
louiechoo

Can't please everyone I guess

Every now and again these appear. Sites like KGB and Groupon really should know better. Exceptionally cold.

These knifes are rubbish My advise is Please don't waste ur money.

Deal was also on group on. Available cheaper on line. And poor quality! Stick to victorianox knives. Far better. Although about £30+ per knife. Will last a lifetime