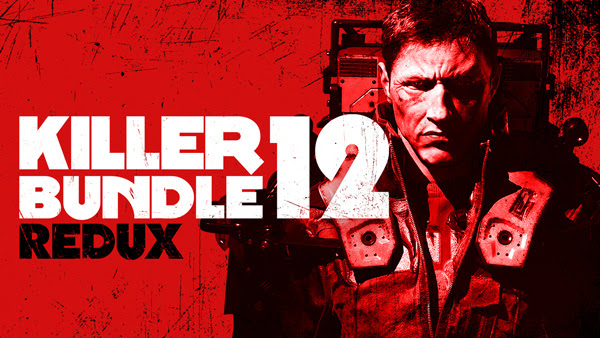 Fanatical are releasing a funsize version of their original bundle that sold out a week ago.
This one includes four games instead of the original six (no King of Fighters XIV or SNK 40th Anniversary Collection) for a lower price.

Solve gripping cases in an extraordinary detective adventure with Sherlock Holmes: The Devil’s Daughter; hack, slash and loot your way through a dystopian world filled with killer augmented creatures in Souls-like action RPG The Surge; and slay mighty foes on your search to find the cure to your dreaded curse in cult classic action platformer Wonder Boy: The Dragon's Trap.

Why not relive the ‘Golden Age of Gaming’ with 100 of the most iconic arcade games from the 70s and 80s with the Atari Vault - now with online multiplayer capability and intuitive controls.

A new killer, but still a thriller - get your Killer Bundle 12 Redux now before it sells out!
PostTweetShare Share with WhatsApp Share with Messenger
Community Updates
Fanatical DealsFanatical Discount Codes
New Comment Subscribe Save for later
16 Comments
26th Feb
Strange that they've re-released it minus the SNK games and only done a 40p reduction. Still, cracking price for all included. Heated, but it was a smidge better last week‌
26th Feb
Ah the lightish version of the bundle makes a way back Still a pretty good deal I say.
26th Feb

Just to add that I'm aware I've totally repeated your OP, but to think I'd read a descriptive OP is just absurd ‌
26th Feb
Still a bargain
26th Feb

I'm not the biggest fan of fighters (that is, I'm crap at them) so this actually suits me better .
26th Feb

That echos my thoughts as I read it.
26th Feb
I'm not bothered by the SNK stuff - bargain for the Atari games and Dragons Trap!
26th Feb
I re-ordered without paying atention and didn't see that the SNK collection was missing
26th Feb

Ask for a refund, they're deservedly getting grief for it on social media channels. Offering a tiny discount for leaving out the biggest reason why it sold out in the first place. It's still a good price if you want the other games but they should've either offered it for a cheaper price or not bother at all. I guess SNK didn't want to play ball and told Fanatical to do one.
26th Feb

I've already redeemed my keys lol - think I might just take the L on this one!
26th Feb

Shady key resellers on places like G2A/Gamivo might help you out with the SNK titles if there's a promo on later. They took most of the keys, no doubt.
Edited by: "Sherbat" 26th Feb
26th Feb

Not the end of the world - I looked at the games list and upon refelction, I dount most of the games have aged well before my time, regardless
26th Feb

There's always the emu scene regardless.
26th Feb
NH2FZ-0ZN0A-MKVR9 Figure out this clue sherlock and if you can prove it PM me!
26th Feb

Thanks sadly I already own it
23rd Mar
expired