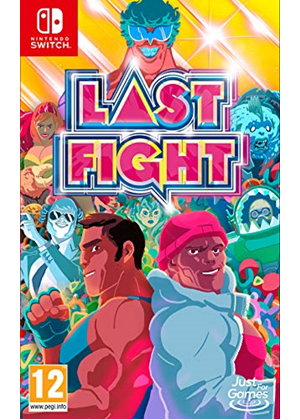 A nice cheap pickup for the collectors out there, decent game, too, if you haven't played it on another platform.

Last Fight is a 3D fighting/platform game with an arcade style based on the recently awarded comic book Lastman. Packed with humour, skill and fun for up to 4 players, Last Fight introduces a roster of 10 different characters. Each of its 8 arenas offers specific boosts and items for a constant update in gameplay.

PostTweetShare Share with WhatsApp Share with Messenger
Community Updates
Base.com DealsBase.com discount code
If you click through or buy, retailers may pay hotukdeals some money, but this never affects which deals get posted. Find more info in our FAQs and About Us page.
New Comment Subscribe Save for later
1 Comment
19th Dec 2019
Power Stone knock off