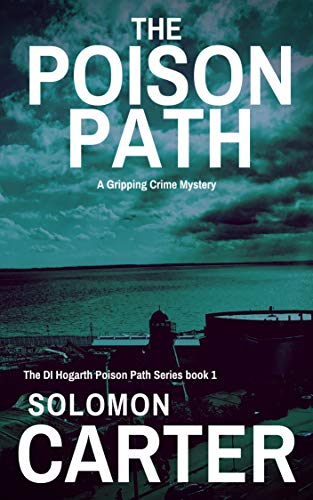 DETECTIVE JOE HOGARTH IS CALLED IN WHEN A BODY IS FOUND BENEATH SOUTHEND PIER. THE BODY BELONGS TO A DEADBEAT ACTOR STARRING IN A LOW BUDGET FILM. FIRST IMPRESSIONS SUGGEST ACCIDENTAL DEATH… BUT HOGARTH LEARNS THE MAN HAD PLENTY OF REASONS TO LIVE... AND THE BODY UNDER THE PIER ISN’T THE ONLY MYSTERY IN TOWN. HOGARTH MUST BATTLE HIS DEMONS BECAUSE TEMPTATION IS SET TO STRIKE AGAIN…

No one knows why Gareth Manning died but everyone in the film crew has a theory. Manning was a drinker, a wastrel with a history of falling apart. But Manning had ambition too. DI Hogarth, DS Palmer and DC Simmons must work through the clues and the lies… but the deeper they delve, the murkier it gets.

Big ambition and seedy money pull the cast and crew in all directions.

Loyalty is tested to the very limit.

A sinister plot is in the offing… Will Hogarth be lured into the trap?

The ghosts of lovers past return as Hogarth tackles his demons and fights against temptation.

And beguiling beauty plays her card.

Join DI Hogarth as he walks the Poison Path…

Who will be next?

Format: Kindle Edition
File Size: 869 KB
Print Length: 439 pages
Publisher: Great Leap (11 May 2020)
Sold by: Amazon Media EU S.à r.l.
Language: English
ASIN: B088J2GXGX
Text-to-Speech: Enabled
X-Ray:
Not Enabled
Word Wise: Enabled
Screen Reader: Supported
Enhanced Typesetting: Enabled
PostTweetShare Share with WhatsApp Share with Messenger
Community Updates
Amazon DealsAmazon discount code
New Comment SubscribeSave for later
12 Comments
15th May
Brilliant ‌
15th May
Thanks Boz
15th May
Cheers Boz!!
15th May
Thanks
15th May
Thanks Boz..
15th May
Cheers Boz x2
15th May
Thank you
16th May
Heat
16th May
It's still free - thanks Boz.
16th May
Ooh, semi local :0 thanks Boz!
16th May
Thanks lover of thriller books! Even better when they are FREE - heat added
17th May
Many thanks Boz as always hope you and your family are staying safe and I hope everyone here is also