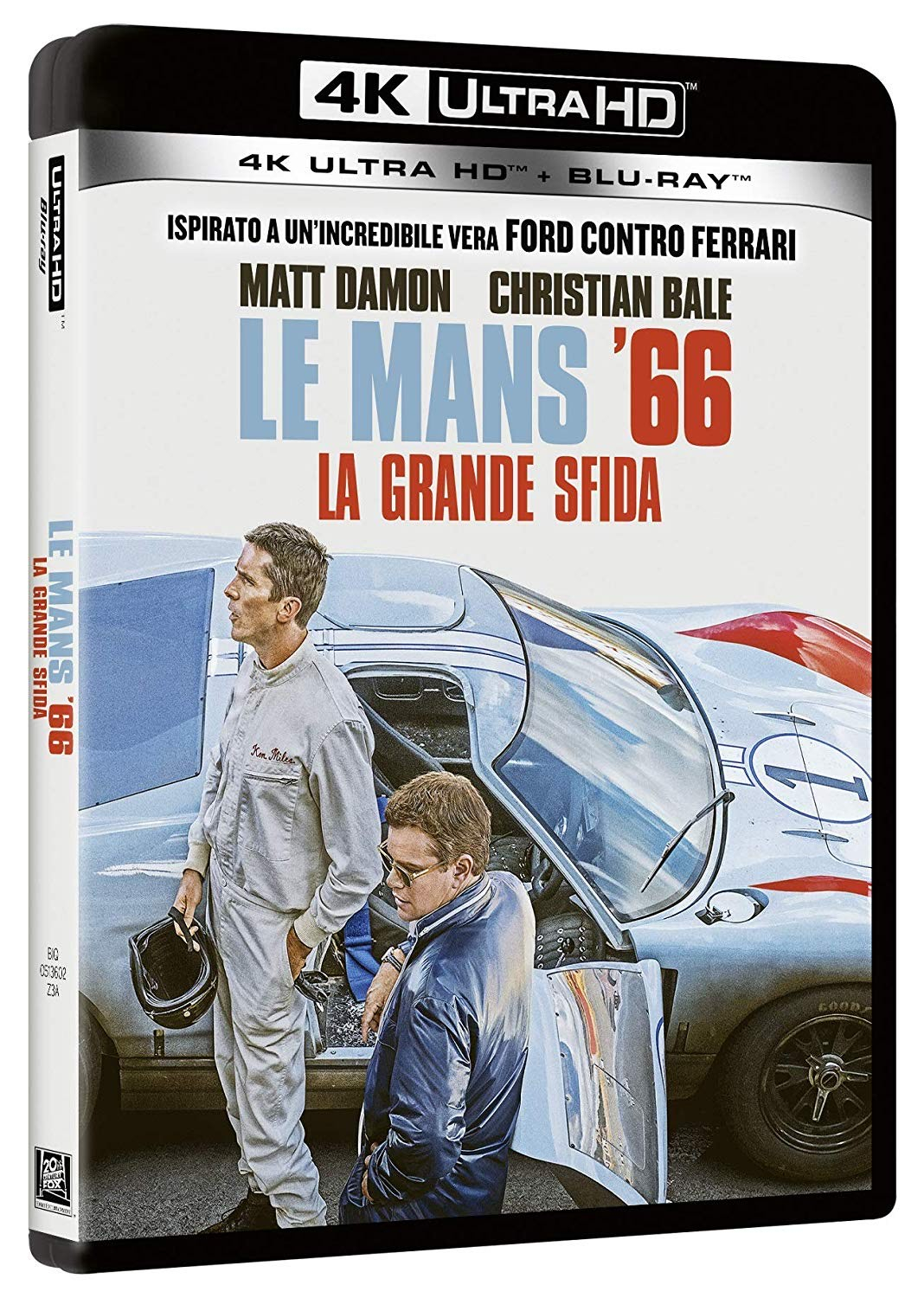 Fair bit cheaper than the standard £24.99 over here and a really good film and release a couple of weeks earlier.

The 4K steel book is also available here for approx £21

Matt Damon and Christian Bale star in this drama centred on the rivalry between Ford and Ferrari at the 1966 24 Hours of Le Mans race. Following a failed purchase of Ferrari, Ford CEO Henry Ford II (Tracy Letts) tasks his engineers with designing and building a car capable of ending the winning streak of Enzo Ferrari (Remo Girone)'s dominant Scuderia team at the 1966 Le Mans race. The film follows American engineer Carroll Shelby (Damon) and British war veteran-turned racing driver Ken Miles (Bale) as they team up to produce the Ford GT40, setting speed records and overcoming frequent clashes with one another and the unwanted interference of their corporate superiors in the process.
PostTweetShare Share with WhatsApp Share with Messenger
Community Updates
Amazon Italy DealsAmazon Italy voucher codes
New Comment SubscribeSave for later
10 Comments
29th Feb
Great price 🙌
1st Mar
Top film!
1st Mar
If it's the Italian version are we quite sure Ferrari don't win in this one lol
1st Mar
Really enjoyed this at the cinema, would highly recommend it. Ford vs Ferrari sounds better imo
1st Mar
I'm a huge fan of the race and the true story but I hated this film. Maybe I knew too much of the real story.
1st Mar

I know that can definitely happen when you know the "real" events. I'm not a racing guy and I really enjoyed it but I have found out about the changes that happened to the narrative. I don't think it would affect a second enjoyment for me as I'm not invested in that world. But I totally understand the frustration it causes to those who are.
1st Mar
I'm getting 2.99 euros shipping charge as well, 23.93 euros total, that is around £20.58 not £17.45
Edited by: "Bbqforce10" 1st Mar
1st Mar

Are you sure that's for the standard 4K version and not the Steelbook?

amazon.it/Man…8-1
1st Mar
I didn't like this film much. Probably because I thought it was going to tell both sides of the story but it was only the Ford side. So it didn't have a proper rivalry story. Rush was a much better film.
1st Mar

Ahh you are right, it was the steelbook