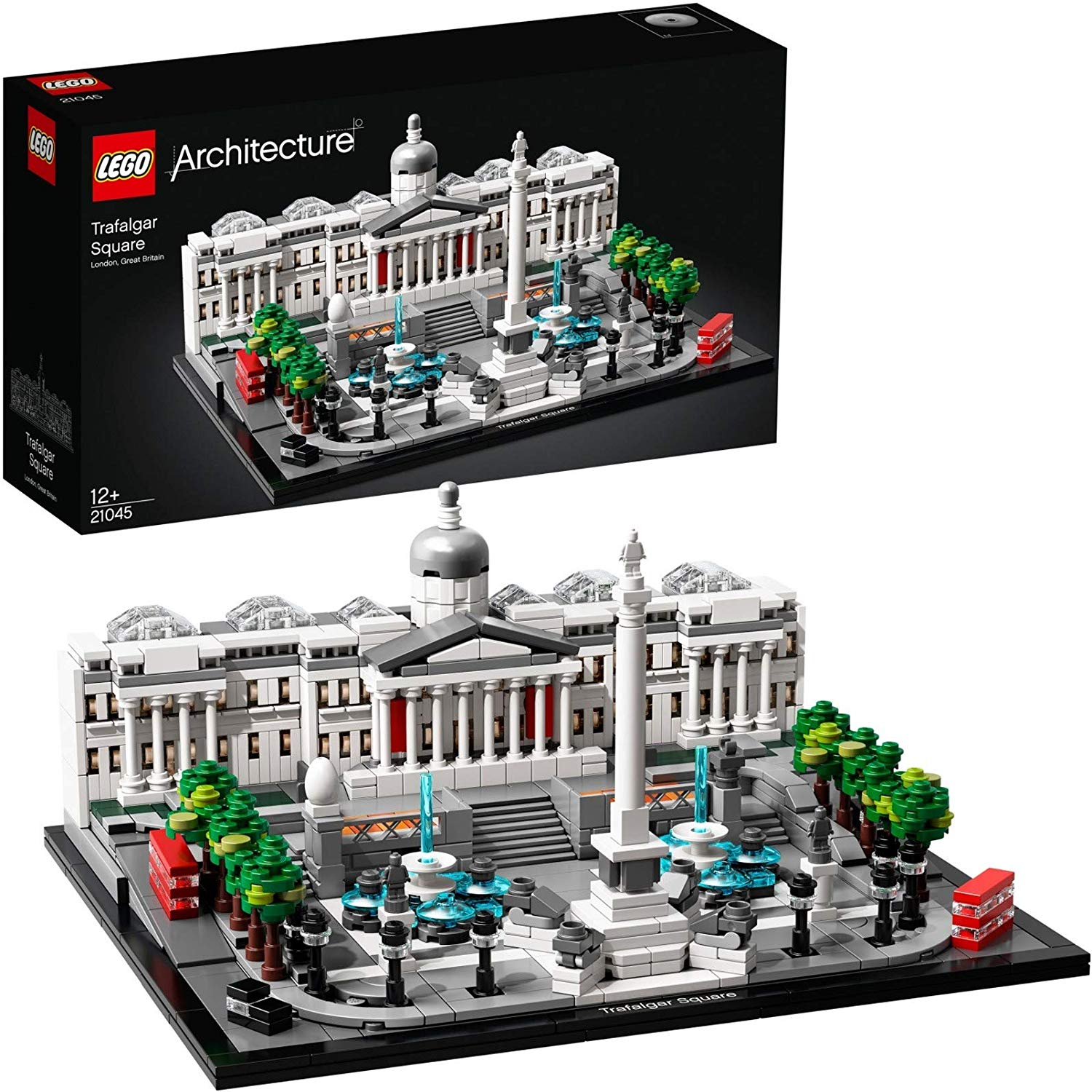 Looking like a decent price for this LEGO kit.

- This highly detailed interpretation of Trafalgar Square with a decorative nameplate captures the essence of a historical London landmark
- Features the national gallery with detailed interior, Nelson’s Column flanked by four lions, two trafalgar square fountains, amongst others
- The sections at the rear of the national gallery can be removed for access to a detailed interior with brick-built statue and paintings
- Tree-lined borders, ornate lampposts, two london buses, two black cabs and a tiled baseplate depicting the surrounding roads complete the model
PostTweetShare Share with WhatsApp Share with Messenger
Community Updates
Amazon DealsAmazon discount code
New Comment Subscribe Save for later
2 Comments
13th Feb
Seen in isolation....the buildings featured in these Lego models...the Empire State building etc.....really do exude an 'other worldy grandure and size'....built from solid granite and stone...in 1824. Really? Before electricity, cars, tarmac roads, lorries, jcb's? What with, pick axes and shovels and donkeys and carts? Surely not. With a huge basement too.......Doesn't make sense does it?
14th Feb
Does it come with homeless and begging lego men ?