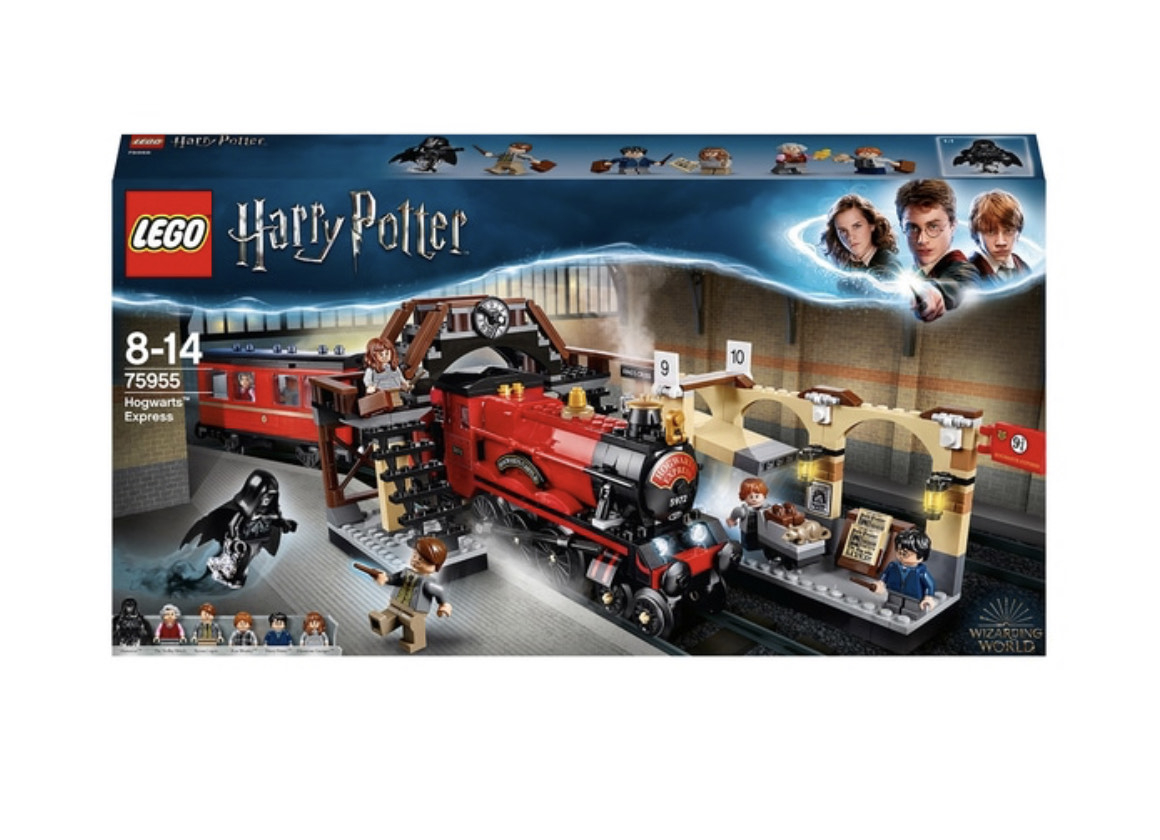 Not been at this price that I have seen for a while, nice set and will always be a popular one

Set off for a new year at Hogwarts on the magical LEGO 75955 Harry Potter Hogwarts Express.

This beautifully detailed train and platform set features all the characters Harry, Hermione and Ron encounter on their journey to Hogwarts in Harry Potter and the Prisoner of Azkaban—including the soul-chilling Dementor.

Create the hidden Platform 9 and ¾ at King's Cross station, complete with a bridge, a clock and a moving brick wall entrance that opens only for those who know it’s there. The Daily Prophet and a Wanted poster for Sirius Black set the scene for a year of wizarding adventures.

The LEGO 75955 Harry Potter Hogwarts Express train features a carriage with 4 seats and a sweets trolley. Remove the side panel and roof to act out magical scenes with the 5 included minifigures. Order a chocolate frog from the Trolley Witch, or bring the train to a halt for the Dementor’s terrifying patrol through the carriage. The Dementor figure hasa clear base to create a floating effect as he enters the carriage.

Who will cast Expecto Patronum an come to Harry’s rescue? 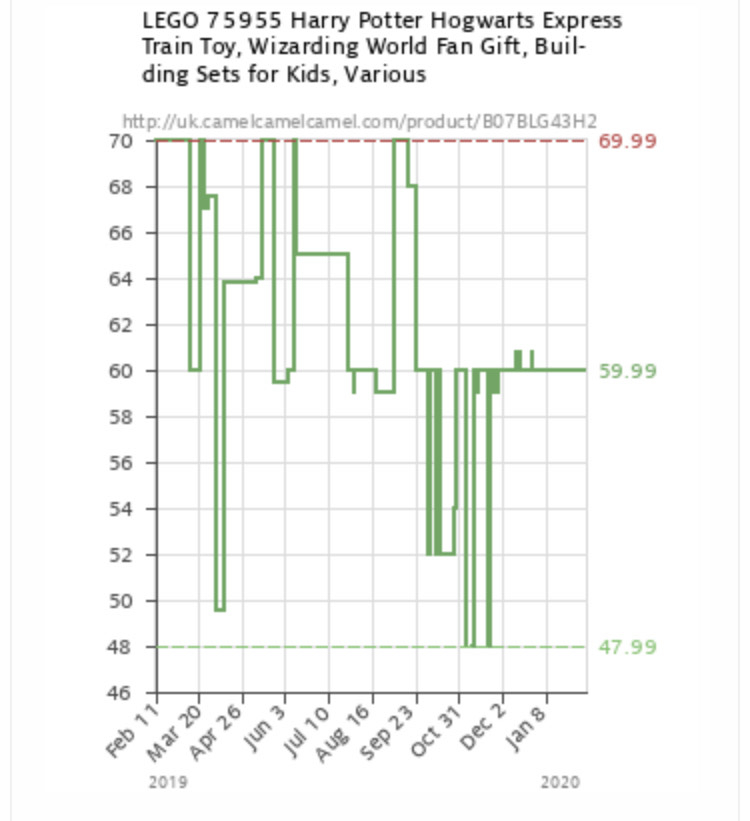 You can also see it’s been significantly lower moderately frequently and since this set’s over a year old I wouldn’t be surprised if it dropped more often
Edited by: "sammy_zammy" 11th Feb
11th Feb
Same price on amazon now, for anyone that hasn’t got a store near them
11th Feb

Been at this price at both Smyths and Amazon for several months![Image]

Yeah it has, just highlighting its 20% now for anyone who thinking of buying
11th Feb

You said it’s not been at this price for a while!
11th Feb
If you do wanna post some more, the Clock Tower, Whomping Willow, Quidditch, Knight Bus, Hungarian Horntail and Rise of Voldemort are also on sale at both Amazon and Smyths. Most of them have been quite a bit cheaper in the past though.