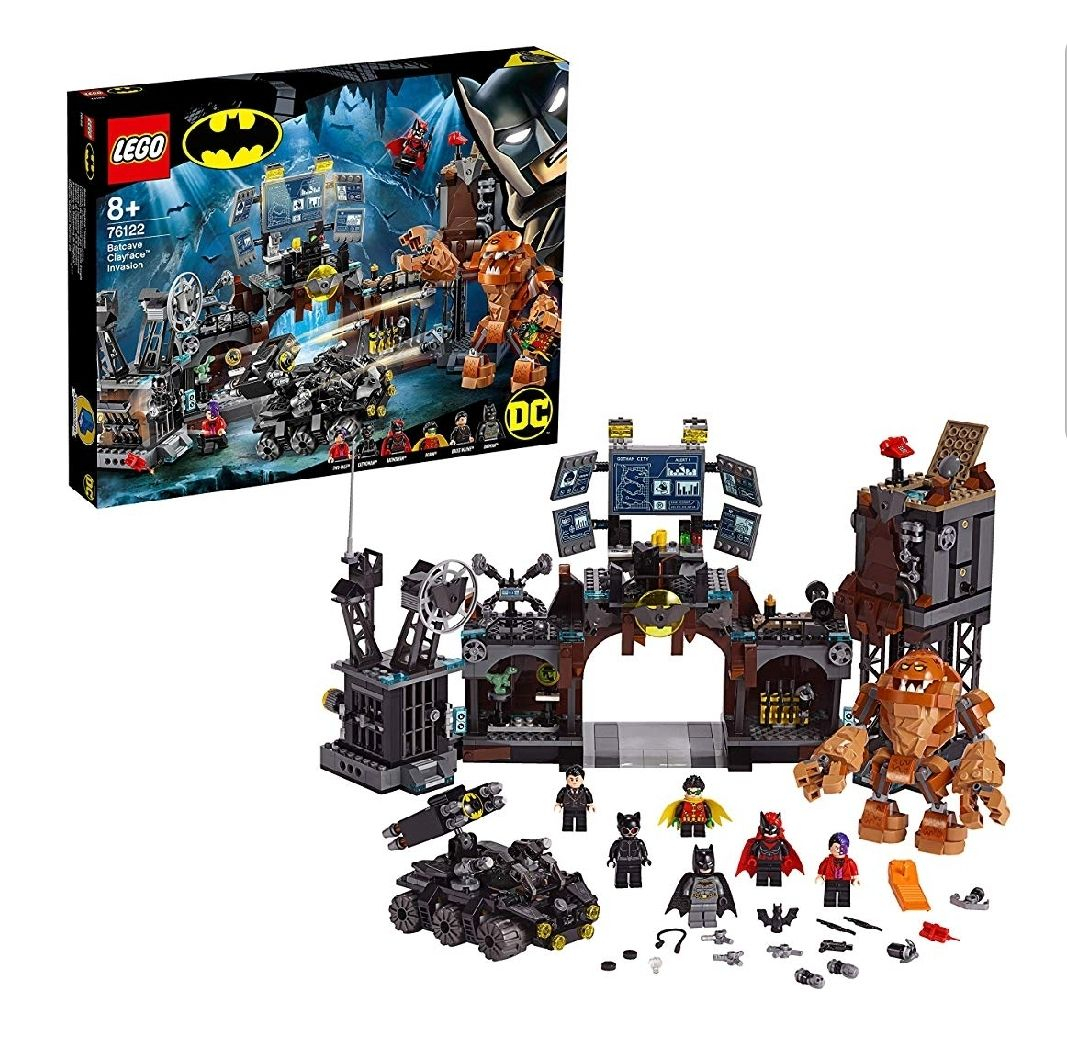 Great set with 1,037 pieces, including 6 minifigures. Lowest price it's ever been. Get deal link is for amazon, but also available at the below:

The Batcave is packed with play-starting features and functions including a Batcomputer zone, detachable transformation tower with a function to ‘transform’ Bruce Wayne™ into Batman and a detachable jail building with an explode function to play out a prison break. This super-hero toy playset also includes the Bat-Tank™ with a rotating turret with 4 flick missiles, plus a stud shooter and hook shooter, each of which can be detached and used as minifigure weapons. Children can also get creative by using the included Action Pack elements and Bat Family Pack elements to customize builds, minifigures and weapons. And with 6 minifigures and a posable, big build Clayface, this cool kids’ toy makes a great super-hero gift for Batman fans.

This LEGO® Batman™ toy playset includes 6 minifigures: Batman, Bruce Wayne™, Robin™, Batwoman™, Catwoman™ and Two-Face™, plus a posable, Clayface™ big figure with snapping jaws and gripping hands that can hold a minifigure.
PostTweetShare Share with WhatsApp Share with Messenger
Community Updates
Amazon DealsAmazon discount code
If you click through or buy, retailers may pay hotukdeals some money, but this never affects which deals get posted. Find more info in our FAQs and About Us page.
New Comment Subscribe Save for later