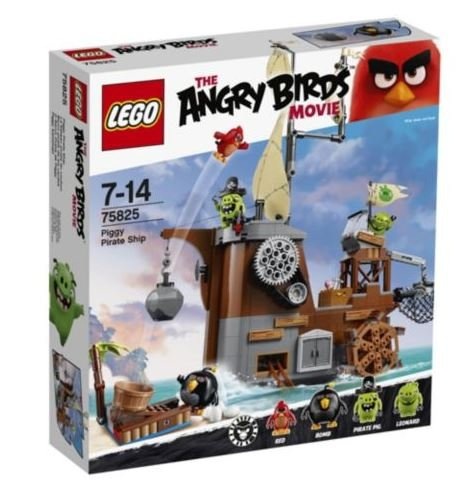 Product Details
The battle of birds vs pigs has taken to the open sea with the Lego Angry Birds Piggy Pirate Ship playset. Launch Red and Bomb from the jetty using the catapult to land on the ship and take the fight to the Pigs, but watch out, they’re ready for you! The Pigs will fight off the Angry Birds with a crossbow shooter, moving oars, crane, boulder anchor and turning paddle. Find all the hidden eggs, destroy the pirate ship and return them all safely to the flock.