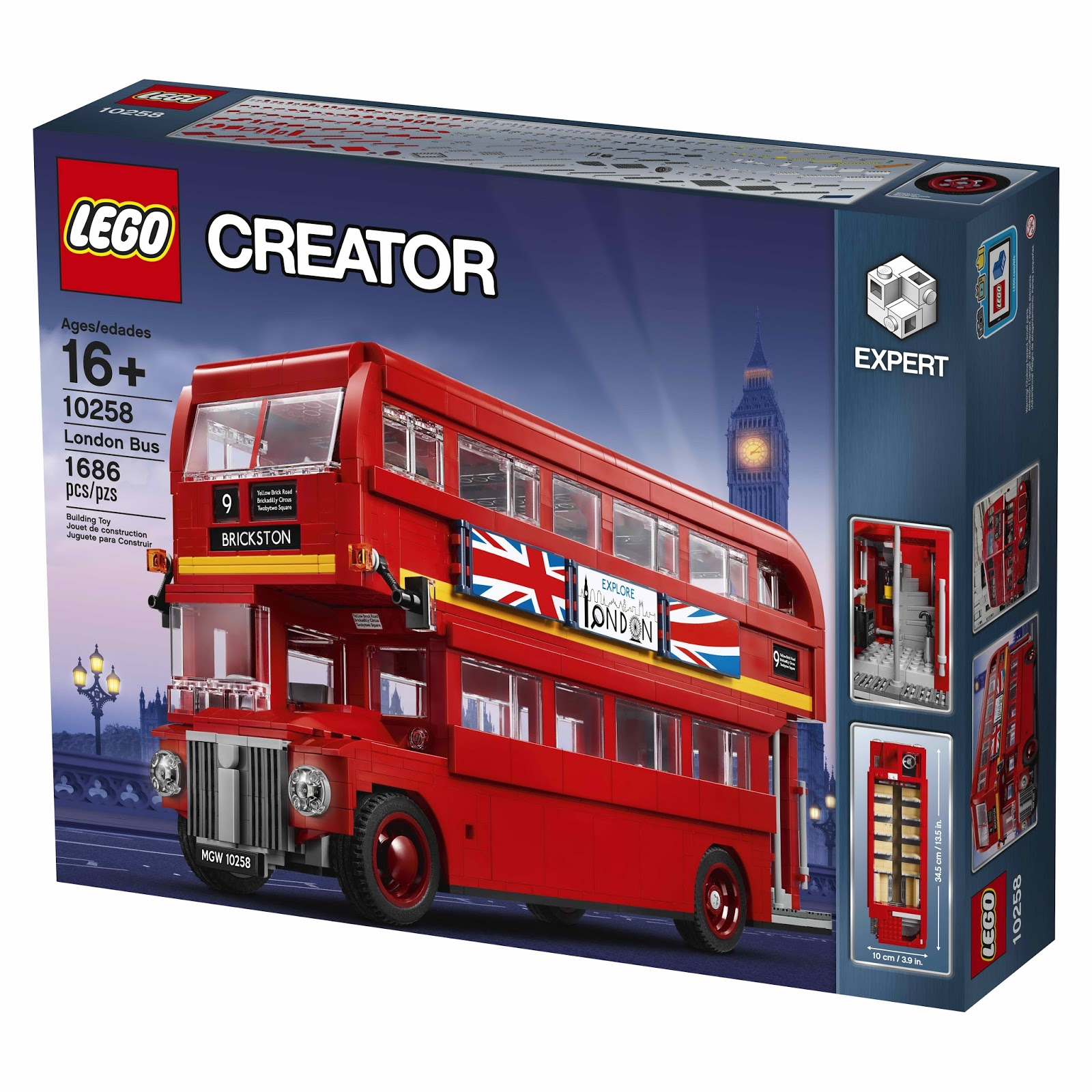 Currently out of stock but I'm fairly confident It will be brought back into stock soon during this offer, Hamleys are fairly good at restocking.

Great offer from Hamleys, a large range of larger sets are now £10 off plus then a 10% off discount that applied at the basket means this set is only £90 the cheapest price for this set at the moment.

Was £99 very recently but the price has dropped overnight to only £100 then with the instantly applied 10% off discount at the basket its only £90. Bargain if you ask me.

Enjoy a nostalgic journey with this highly authentic reproduction of the iconic London Bus with the LEGO Creator Expert London Bus 10258, featuring classic curved bodywork, panoramic windscreen, specially made standard-tread tires and a detailed interior. A true pleasure of a piece.

Here is a review of the set, for those who need extra convincing :
(Reviewed by JANGBRICKS) 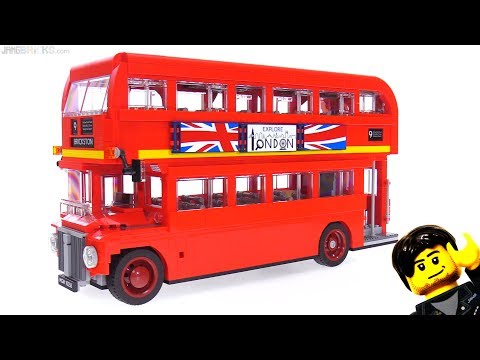 Or why not read a review from Brickset: this review has been written by CapnRex101 on Brickset: brickset.com/art…bus 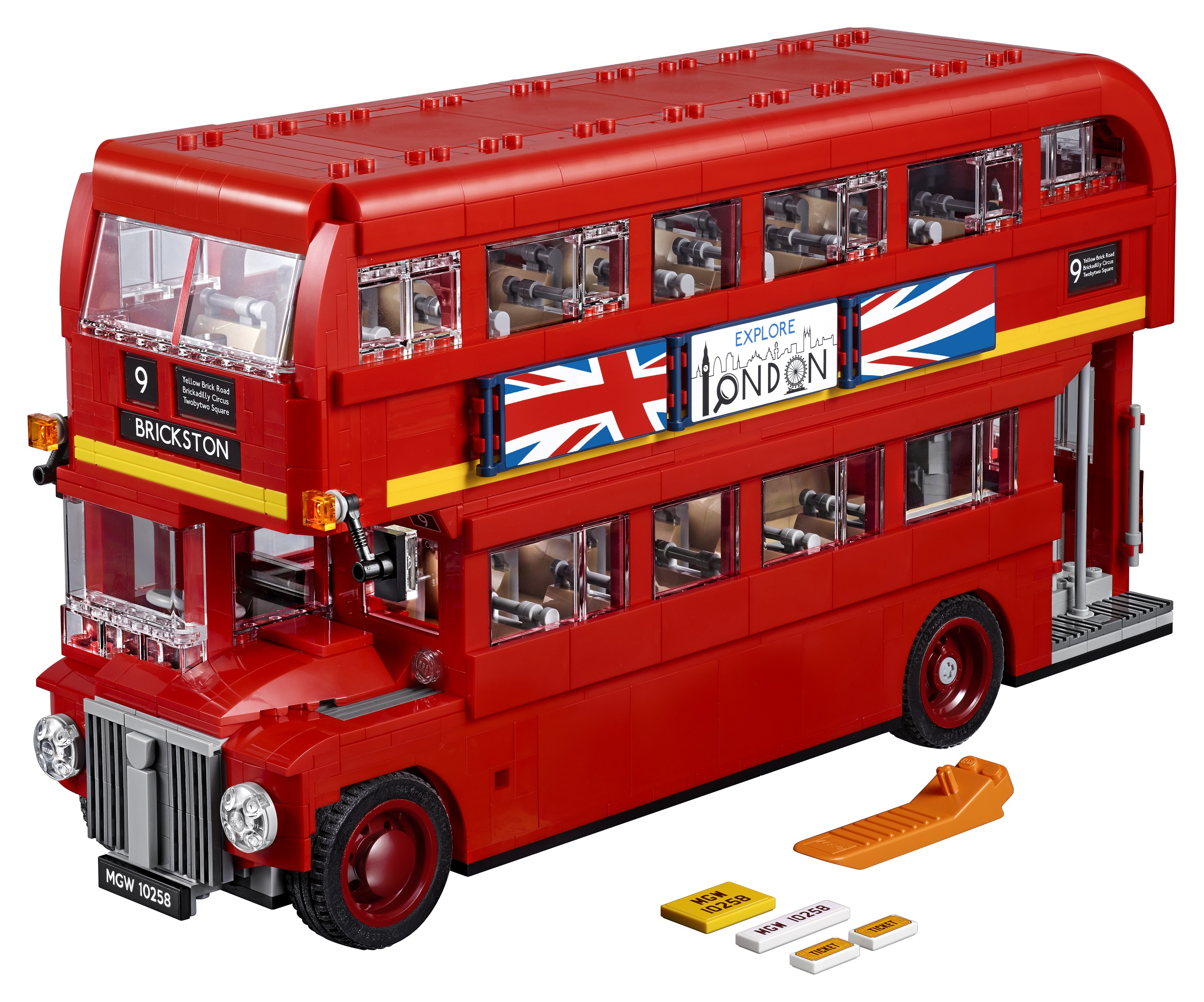 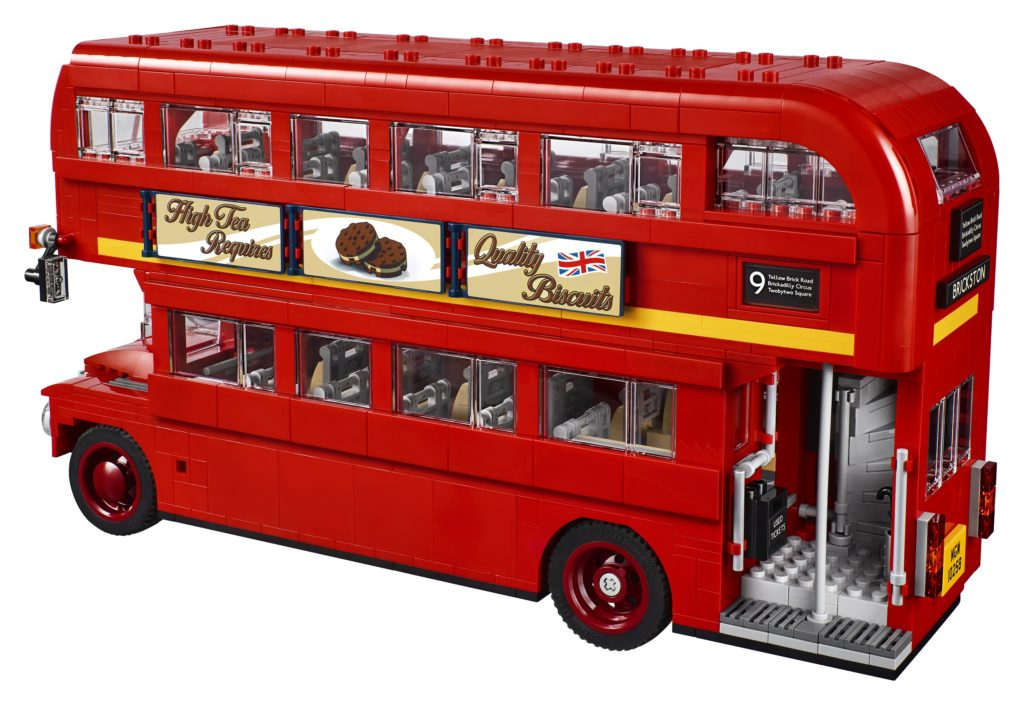 Everything I've had from Hamleys has been very well packed in sturdy boxes. When I order multiples of the same set, they even leave them in the factory cartons, more than I can say for Amazon or Argos.

Hamleys have sold out of the London Bus now, but they often restock quickly.

Thanks for posting Lego deals, since you seem to be the best at it on here have you seen either Ideas Tree House or T-Rex rampage on offer anywhere?
10th Jun

unfortunatly neither sets are on any discounts from what i can see, but rn LEGO Shop is probably the best place as with either set you will get 5% back in VIP points, a free Hot Rod set you could probably sell for £15 - £20 on eBay plus a Lamborghini polybag you could get around a fiver for on eBay that's if you want to sell the promotions. Also cashback is available.

Though the T-Rex set is available at Argos and they are known for having many offers like the spend £100 get £10 voucher offer and also their Black Friday sales plus if they do them their 3 for 2 but idk if that's a thing anymore. I don't believe this set will go until next year. The Treehouse is probably going to retire this year if it follows the trend of most other Ideas sets.
10th Jun
If your wanting a LEGO London Bus but not a big one then Hamley's has you covered a small £10 one: hamleys.com/leg….ir
10th Jun
good old Bo-Jo would have this built in his sleep
10th Jun

Cheers mate, I’m expecting tree house to retire soon. Hoping John Lewis might do a discount. Good shout on selling the free gifts, although I am likely to keep the hot rod haha!
11th Jun
£10 discount is nothing. Most of Lego is buying the brand like most companies as the cost to make it is extremely low
11th Jun

LEGO have reasons they charge the prices they do, they have to factor in the cost of materials, designers, staffs wages, LEGO store rent, transport and packaging.

I think LEGO charge fairly decent prices for most of their products, there are some examples of products being a bit over priced.
11th Jun
Buy it now, before it’s recalled for being a symbol of British colonialism...
11th Jun

good old Bo-Jo would have this built in his sleep

It's a LEGO like brand not real LEGO plus looks much much smaller and quite terrible in comparison to the LEGO set.
11th Jun

Lmao I was like “you’ve gotta try harder than ‘quite terrible in comparison to the LEGO set’ to argue against the anti-LEGO people...” then clicked on the link. That’s some extreme anti-LEGOism to believe those are even comparable, at least most of the fake Lego sets that people always bring up at least look similar.
11th Jun

How are the Lego expert sets re-sale values after 5-10 years?

It depends on how long the set is available for. The Mini and Ferrari F40 were only available for a relatively short period of time and are now worth double or more original price if unopened.

You can probably make a healthy profit 5-10 years after the set is retired if unopened, but you don't know how long that will be and I don't think it will be so rare that you'd make crazy high return.
11th Jun

How are the Lego expert sets re-sale values after 5-10 years?

Well it really depends on the popularity of the set.

Modular buildings are by far the best set in the Expert line on the aftermarket, the recently retired LEGO Parisian Restaurant is currently onwards of £229 buy it now on eBay, that was a £142.99 set when it was available at LEGO. this set was released in 2014 and lasted until 2019.

Fairground sets are also very good with the recently retired Carousel now going for onwards of £300 buy it now on eBay, almost double its £159.99 RRP. This set was released in 2017 and lasted until 2019.

Vehicle Expert sets like the Mini Cooper and Ferrari and Maersk Liner Container ship are all getting some high prices on eBay, the Mini Cooper from 2014 lasted until 2018 and now goes for onwards of £170 on eBay, almost double its £79.99 RRP.

and lastly LEGO Winter Village sets which fall under the Expert line also go for some decent prices, the 2016 Winter Village Holiday train which retired in 2019 now goes for about £100 so only a £25 increase from is £74.99 RRP.

Would the extra 10% off discount not disqualify the topcashback 9.9% back? I thought you could only do 1 or the other?
12th Jun

Thanks, must have just missed it as OOS
22nd Jun

No it didn't. Mine tracked okay. Sorry for slow reply!
26th Jun
Back in stock
26th Jun
OOS again!
30th Jun
Cool, just got John Lewis to price match, I guess they don't care if things are OOS these days. Had to pay £110 but they will refund the £19.99 when I've received it and confirmed all is well. Great service from JL.
30th Jun