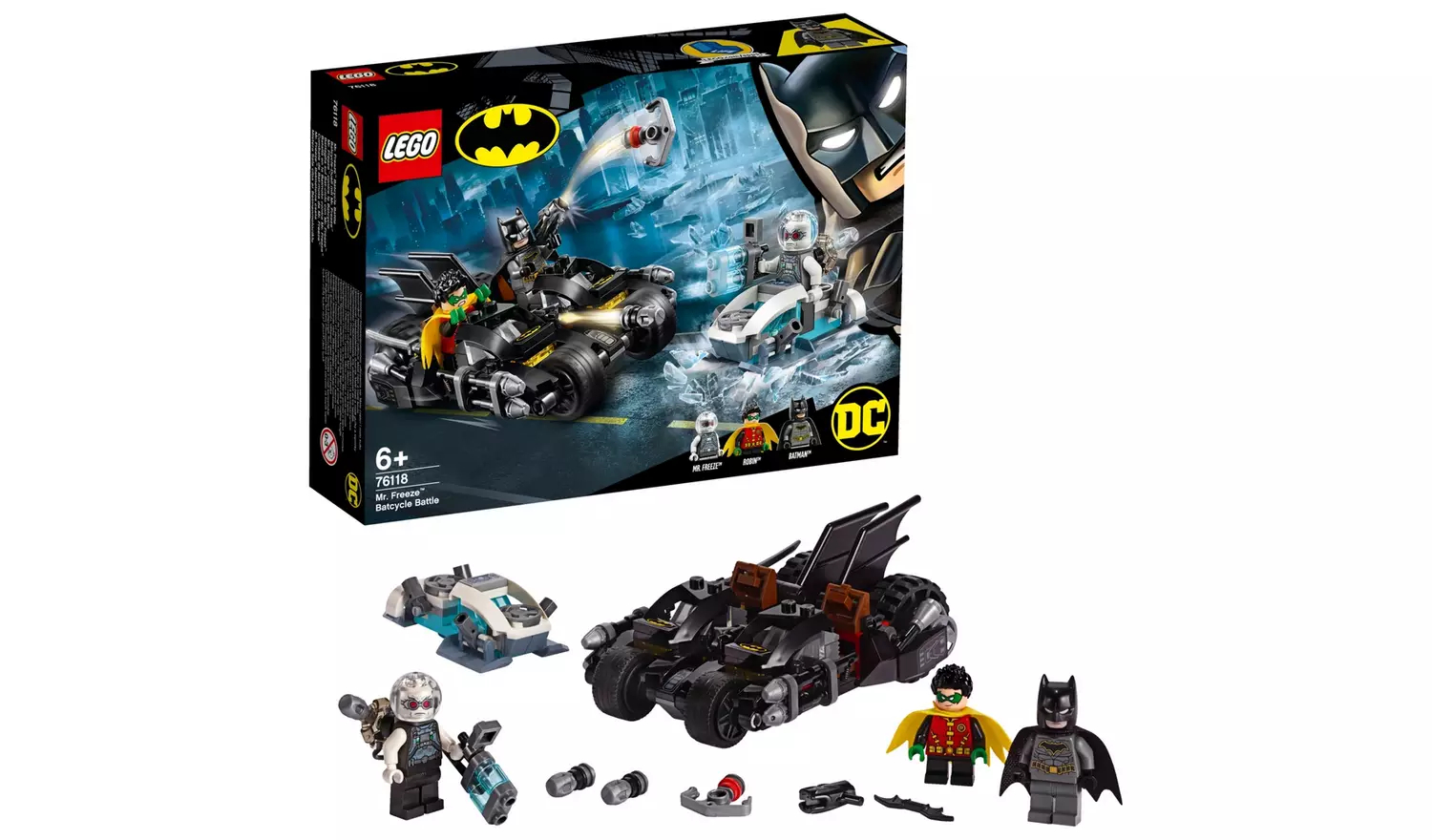 Previously at Amazon for the same price but sold out fast, not sure if stock is available nationwide however I'm managed to snag one in the West Midlands.

Kids can create their own scenarios as Batman and Robin and bid to save GOTHAM CITY from Mr. Freeze in LEGO DC Batman 76118 Mr. Freeze Batcycle Battle.

its in Tesco at this price to

Yep I've seen it in Loughborough Tesco reduced too.
19th Jul
No stock near me
19th Jul
Oos in all stores
19th Jul

Oos in all stores

Was posted last week and been OOS since... argos do this all the time. Amazon has price matched but also went OOS lol...
20th Jul
Stock in Kendal
25th Jul
Hot price, but FYI I’m pretty sure I saw this in clearance at Asda for £9.98. I’ll check again when I can.