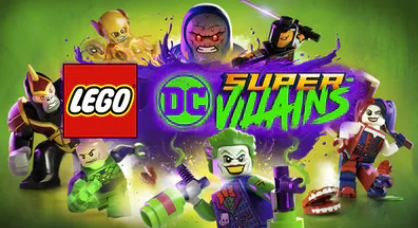 It's good to be bad…

See through the eyes of the baddies in the DC Universe with action-adventure LEGO DC Super-Villains. With this Steam key, you'll embark on an all-new DC/LEGO adventure by becoming the best villain the universe has ever seen... no pressure!

FRANCHISE FIRST
For the first time in the LEGO DC franchise, players will create and play as an all-new super-villain throughout the game, unleashing mischievous antics and wreaking havoc in an action-packed story. The Justice League has disappeared, leaving Earth's protection to their counterparts, who have proclaimed themselves as the "Justice Syndicate".

It's up to you and a crazy group of misfits to uncover the intentions of Earth's new wannabe superheroes. Join the likes of The Joker, Harley Quinn, and countless others from the Injustice League, as you set out and explore an open-world environment.

CH...CH...CH...CHANGES!
Create and customize your character throughout the story, unlocking new abilities and powers as the game progresses and inherit DC villains' notorious powers.

TEAM UP
Friends and family can join the story mode at any time thanks to the two-player, local co-op - allowing players to team up during boss fights and get up to mischief!