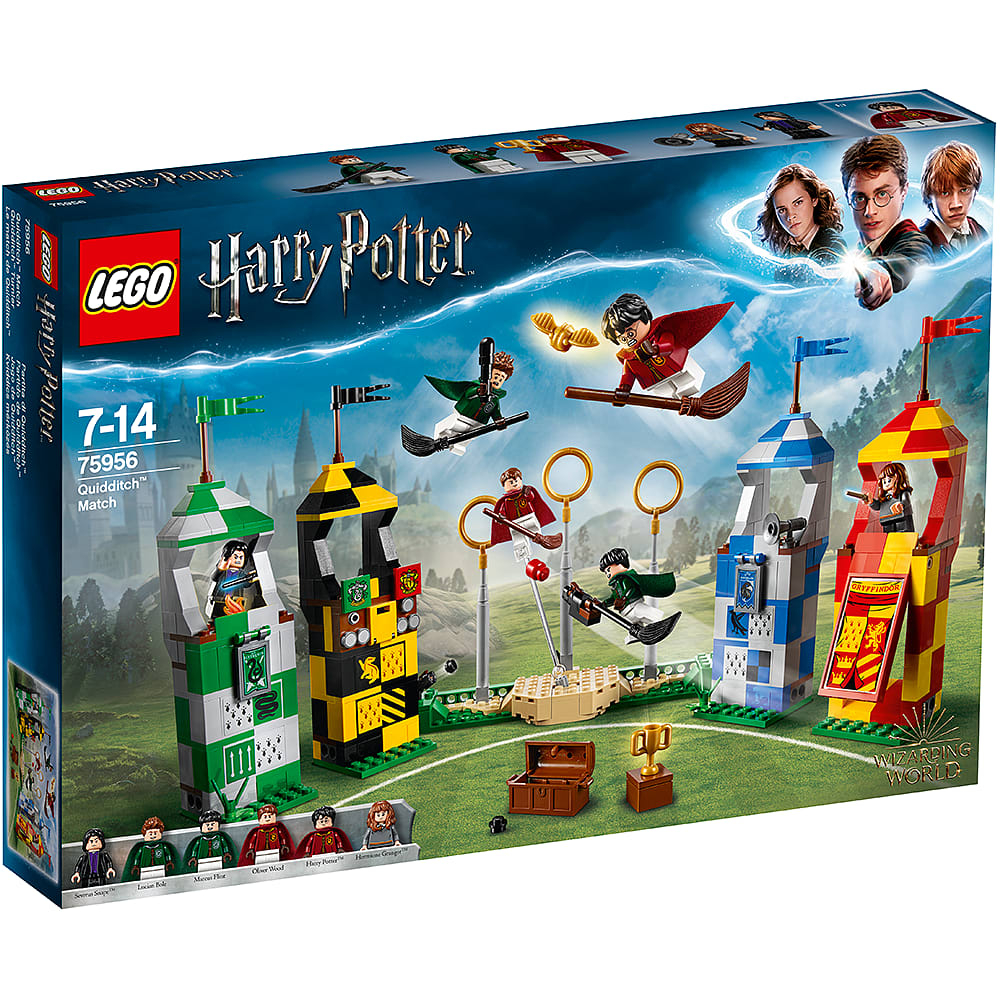 Been looking for this set for a reasonable price and found it of all places in Game with free 48 hour tracked delivery!

Hope this helps someone whooselittle ones or big ones are Lego Harry Potter mad!

Description copied and pasted below:

Play the most exhilarating wizarding sport with this 75956 Quidditch™ Match LEGO® Harry Potter™ play set. Join Harry, Hermione and Professor Snape™ at the games, featuring Gryffindor™, Slytherin™, Ravenclaw™ and Hufflepuff™ house towers with viewing stands and play feature functions, plus a base with Bludger stud shooter and 3 goalposts with a moving Keeper function to guard the rings. Use the broom's mounted shooting function to shoot the Quaffle through the rings and recreate the famous Quidditch games from the blockbuster Harry Potter movies, or make up your own fun challenges with this fun-packed LEGO Harry Potter toy.
PostTweetShare Share with WhatsApp Share with Messenger
Community Updates
GAME DealsGAME discount code
If you click through or buy, retailers may pay hotukdeals some money, but this never affects which deals get posted. Find more info in our FAQs and About Us page.
New Comment Subscribe Save for later
19 Comments
4th Dec 2019
Great price thank you for posting been waiting for this one
4th Dec 2019
Ordered and awaiting the "sorry, out of stock" email. Heat.
4th Dec 2019
Glad it helped you out, Lego is fab just a bit expensive!
4th Dec 2019
£33.9532%, I see it on game at a was price of £27.99, not £33.95, och well, good find,
4th Dec 2019
Need a decent price for Hagrids hut! Lego was never this expensive when I was a nipper!

Same! So I was confused with the percentage in reduction. Sooo... It's 18%? still not bad
4th Dec 2019
Game has a crap website, which means you can't search properly.
But they have another two FANTASTICALLY priced sets below.

Thanks for sharing this one. Had already bit the bullet and ordered elsewhere for slightly more, but then it arrives damaged so that's going and this is coming. Worth a separate listing for any HDUK badge hunters.
6th Dec 2019

Are you a collector Phil or a reseller?

Most welcome, glad it helped