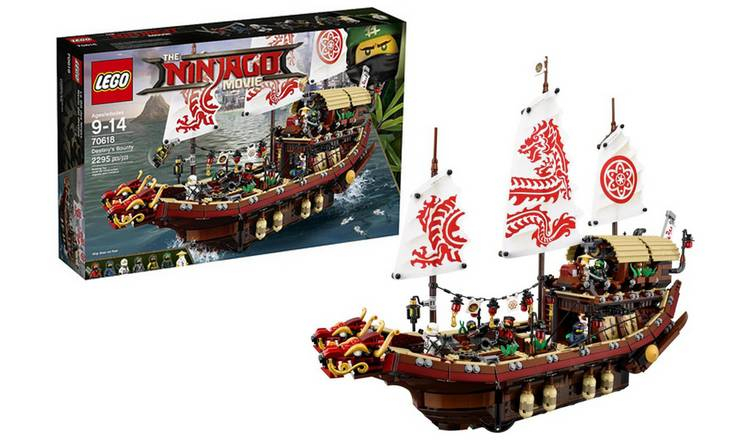 A truly stunning set. One of the best large scale Lego sets out there if you can get one -t he reviews say it all.

Picked up one from Walthamstow earlier today for my son's birthday. It's a beast. Existing stock seems to be disappearing fast.

Can combine with 20% Argos foofer and Nectar points on Ebay.

PostTweetShare Share with WhatsApp Share with Messenger
Community Updates
Argos DealsArgos discount code
If you click through or buy, retailers may pay hotukdeals some money, but this never affects which deals get posted. Find more info in our FAQs and About Us page.
New Comment Subscribe Save for later
Top comments
10th Nov 2019
Everyone knows this was £49.99 not so long ago.
11th Nov 2019
Here's my beautiful Destinys bounty taking the highest point it could fit in my room amongst my other few Ninjago sets 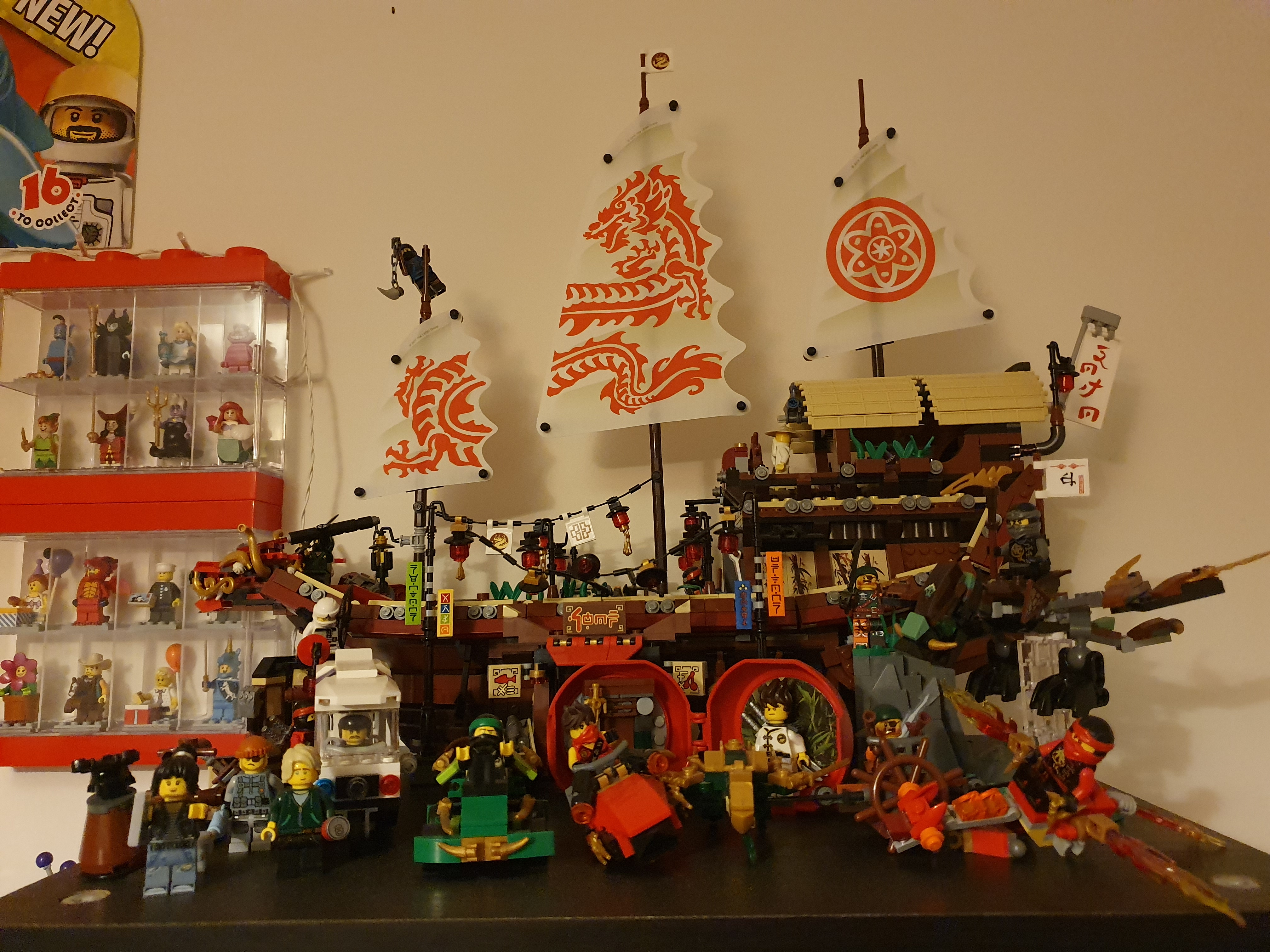 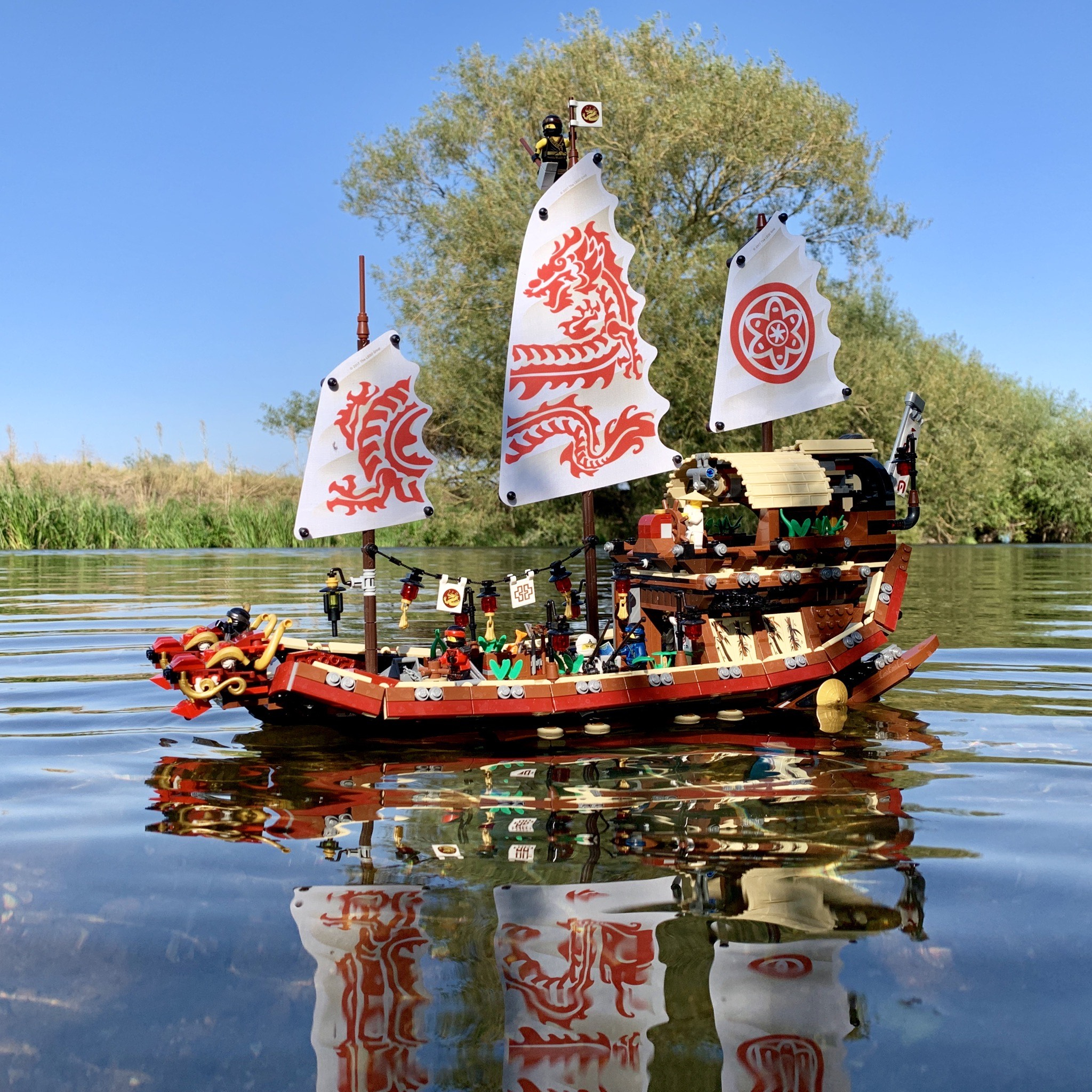 Good price but no stock

Surprisingly my local has 1, only because I have it otherwise would be oos within 50 miles
11th Nov 2019
Thought I'd put this up if it helped anyone. Don't expect much heat if any at all. I know some people got this for £49.99 a while ago and I remember there being no stock anywhere when I tried. A lot of disappoinment.
Saw one end on auction at £75 quid ebay exc. £8 postage from private seller so people are still forking out for this.
Edited by: "FoO.ShAKeS" 11th Nov 2019
11th Nov 2019

A perfect summary. Thank you

I appreciate the post! Since it's retired, is this vs eBay now. £80 is about the going rate for used copies, so with that in mind, I'd buy this if it were near me (and I didn't already have two copies)
11th Nov 2019
Here's my beautiful Destinys bounty taking the highest point it could fit in my room amongst my other few Ninjago sets

Perfect find, what the price was before is a now just a guide. Here and now £80 is great offer, well done FoO.SHAKeS
11th Nov 2019
So so tempted I only bought my first lego set when this was £49.99 in argos, I bought the Porsche RSR and now I'm hooked and have around 12 large technic sets, the parisian restaurant various minifig scale vehicles since hidden side stuff and the start of a city was looking to buy another modular building this week but may get this instead
11th Nov 2019
I was lucky enough to get this for £49.99 a couple of months ago. Easily the best Lego build I’ve ever experienced.

So much detail and fun little references and jokes (a bit better if you have some idea of the Ninjago narrative, but by no means essential).

It took around 6 hours for me and my 7 year old to build it together.

It’s perhaps too delicate as a toy, he’s not really bothered about Ninjago anymore so we dismantled it and got £65 + postage on eBay and have put the money to buying Assembly Square.
11th Nov 2019
Well ordered picking up this afternoon, my lass will go mental lol I'm expecting 21108 Ghostbusters Ecto 1 to be delivered today and a used city vehicle bundle I ordered from eBay, this might have to stay hidden in the boot of the car for a while lol
11th Nov 2019

Seems someone else bought two 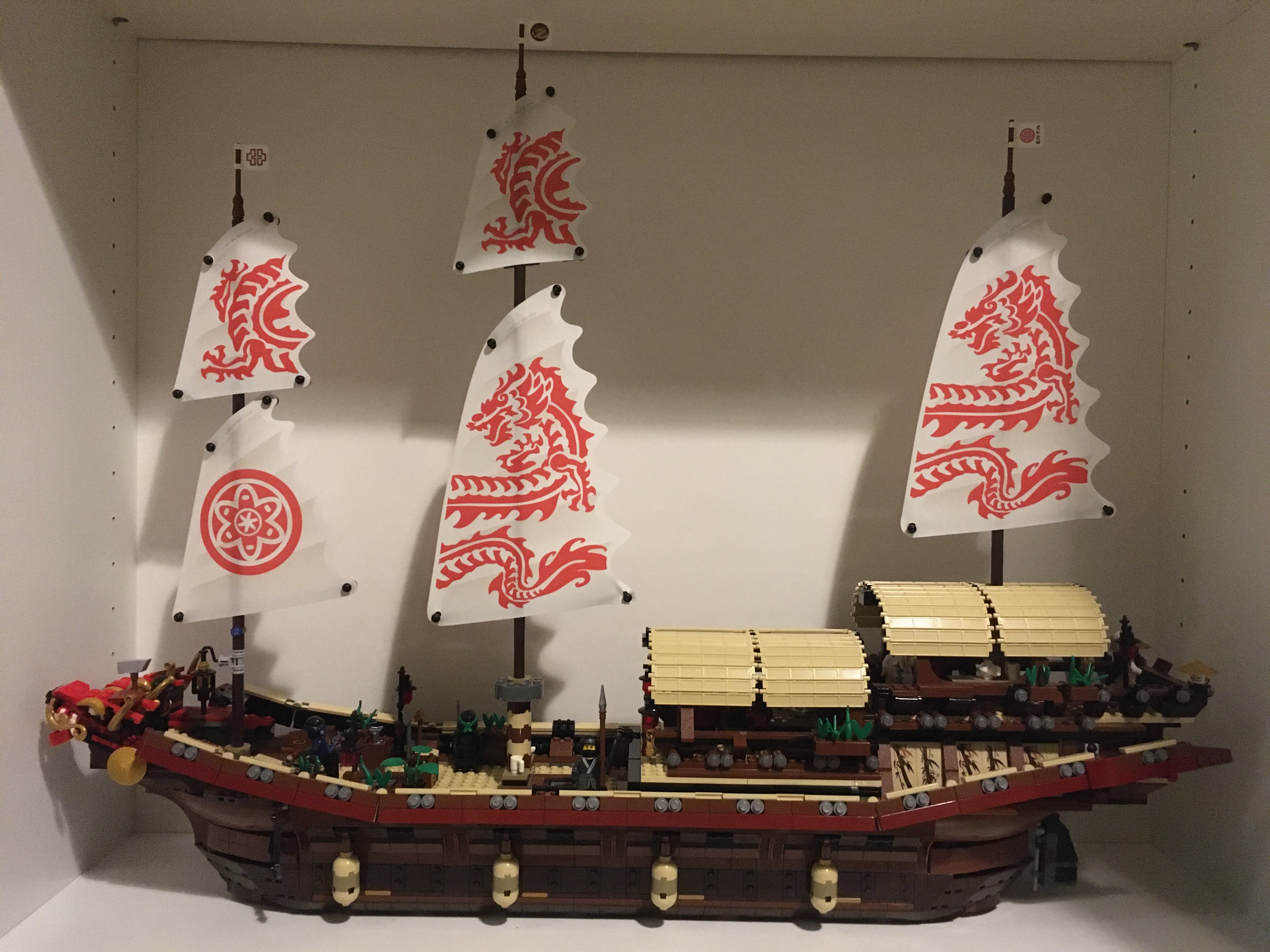 That is amazing! My son asked if it floats. I said I'm not too sure but this confirms it
11th Nov 2019

I would be hesitant as it does state DOES NOT FLOAT in the corner of the box, though its build well enough that it could stay afloat for a few mins at most but I'm not going to risk that with mine. 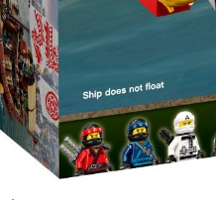 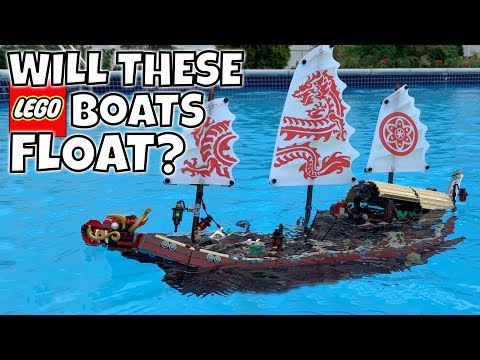 Ha, ha it most definitely does NOT float! I had to build an underwater support for it to sit on and even then had a couple of close calls as any waves knocked it over! But it is a great boat to build.
11th Nov 2019

‌ Well it doesn't even balance. Maybe a wider cork base will help things out.
14th Nov 2019

‌ HG Wells. I know plenty of people that didn't know it was £49.99. Might expire this if no stock left in any Argos branch. Mostly all gone I believe but they are going on auction for around £85 on ebay so people are still prepared to pay good money for it. Only kept this post open for all the awesome contributions from everybody.
Thank you.