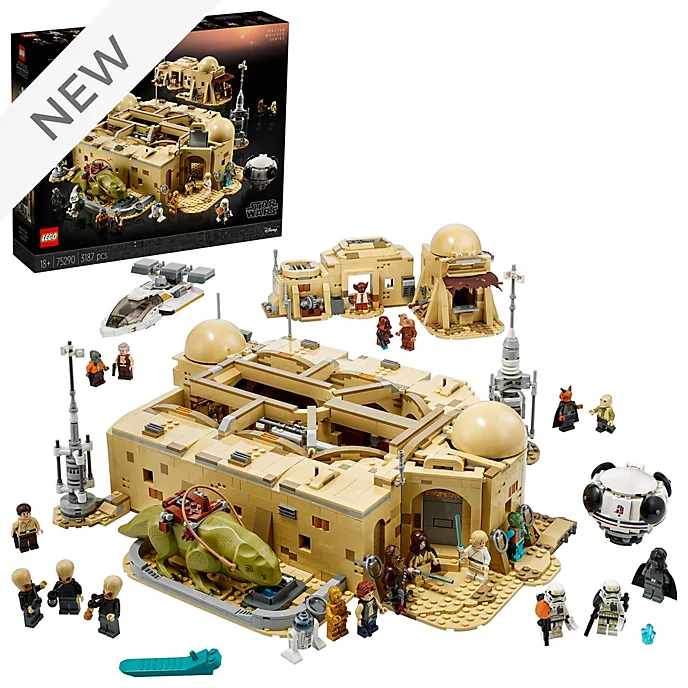 ‘This place can be a little rough.’

In the words of Obi-Wan Kenobi™, the Mos Eisley Cantina™ may be filled with danger, but it’s also an epic build that takes fans back to one of the classic moments in the Star Wars™ saga. Introduced in Star Wars: A New Hope, the Cantina is the hub of underworld activity in the Tatooine spaceport of Mos Eisley, filled with smugglers and bounty hunters making deals and starting trouble

The set includes a galaxy of 21 LEGO® minifigures with seven brand-new characters you won’t find anywhere else – three of which feature unique moulded elements. With unique minifigures of Ponda Baba™, Dr. Evazan™, Garindan™, Kardue’Sai’Malloc™, three members of the Cantina band, Jawa™, Sandtroopers™ a Dewback™ and more, there are enough unsavoury characters to role-play endless Star Wars™ adventures in the Cantina and beyond
PostTweetShare Share with WhatsApp Share with Messenger
Community Updates
47 Comments
Post a comment