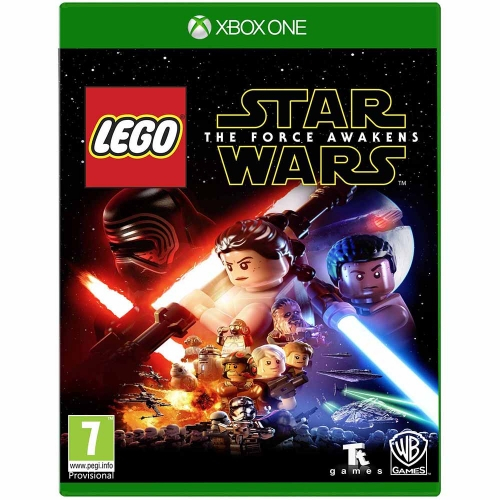 Xbox One LEGO Star Wars: The Force Awakens! LEGO Star Wars: The Force Awakens marks the triumphant return of the No. 1 LEGO videogame franchise and immerses fans in the new Star Wars adventure like never before. Players can relive the epic action from the blockbuster film in a way that only LEGO can offer, featuring all of the storylines from Star Wars: The Force Awakens, retold through the clever and witty LEGO lens. The game will also feature exclusive playable content that takes players on adventures between Star Wars: Return of the Jedi and Star Wars: The Force Awakens, providing additional insight about the new movie and its characters
PostTweetShare Share with WhatsApp Share with Messenger
Community Updates
Monster-Shop Deals
If you click through or buy using any of our links, retailers may pay hotukdeals some money, but this never affects which deals get posted. Find more info in our FAQs and About Us page.
New Comment Subscribe Save for later
7 Comments
28th Nov 2019
Erm isn't this like an amazing price. I was going to game tomorrow to buy it at £29.99
28th Nov 2019
Very good, just ordered and free delivery. Never even heard of them before
28th Nov 2019

Very good, just ordered and free delivery. Never even heard of them before

Used them a few times not had any problems xx

I'm the same xx
28th Nov 2019
Fantastic. Thank you. Desperate for present ideas for my 10 year old. At this price you can't go wrong. Just bought. Heat from me.