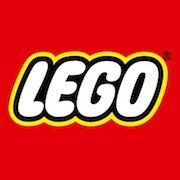 This LEGO Store will also have some new features such as:
- A LEGO Minifigure Scanner (place a handprint on a screen and see your self transformed into a minifigures)
- A state of the art dynamic lighting system that will enhance instore experience

This opening brings the total of LEGO Store in the UK to 16 with the opening of the Southampton branch just a month ago. Birmingham has now got three LEGO related stores, LEGO Store in the Bullring, LEGOLAND Discovery Centre Store at the Arena Birmingham and LEGO Wear in Resorts World Birmingham.

The opening of this store means you can now buy LEGO from The Bullring & Grand Central from these places: Selfridges, John Lewis, Debenhams, The Entertainer, Disney Store, LEGO Store and GAME
PostTweetShare Share with WhatsApp Share with Messenger
Community Updates
Lego Shop DealsLego Shop promo code
If you click through or buy, retailers may pay hotukdeals some money, but this never affects which deals get posted. Find more info in our FAQs and About Us page.
New Comment Subscribe Save for later
6 Comments
15th Nov 2019
Atleast there is a new one in Birmingham the bullring Lego store has been gone a long long time now
15th Nov 2019

Better than the LEGOLAND Store that opened last year, it will accept my VIP card which is brilliant.
15th Nov 2019

I agree the only thing they do at the discovery centre is 10% off but that’s nothing really
15th Nov 2019
I wouldn't get too excited there was nowt special except vast crowds on the opening day of the one in Leicester Square, London a couple of years ago.
15th Nov 2019

Leicester Square was sheer Hell when it opened and very disappointing. Luckily I was working on the electrics so I went in without joining the ENORMOUS queue. I ended up buying nothing apart from a Lester minifig that from somebody who won it for £100 and I sold it on eBay the day after for £450 - LOL. There are still very long queues at weekends to this day and I just can't understand why. Hamleys around the corner will price match.
15th Nov 2019
Prepare for very long queues to get in, very long queues at the tills and lots of pushing and shoving once inside. Trust me... you won't want to be in there long.