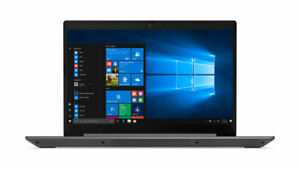 Just bought one of these after reading the recommendation on various other laptop threads.

How you finding it?
16th Oct 2019
Amazing spec for the money. I think the only things you can knock it for are the cheap chassis and allegedly dim screen - but it’s not supposed to be used outdoors.
16th Oct 2019
Ordered 9pm Tues evening here by 1pm next day. Fast and smooth laptop for the price. Great value. Screen not top end but still decent. All round excellent for the price
16th Oct 2019

Screen may be changed to IPS for ~£50

Thanks do you think that is something worth doing

Guess it invalidates the warranty? Although mine is going to stay unopened until Christmas anyway.
16th Oct 2019

Good point. Maybe not worth the risk, screen still plenty good enough at the right angle. Tbh most of the time looking at a laptop you are face on anyway which is a great picture in this
16th Oct 2019
Mine has already been despatched. Great service. Just wish PayPal would stop texting me to check for fraud!!
16th Oct 2019
I want one but I really would like to know how easy it is to replace the HDD, battery and upgrade the ram. Any idea anyone?
16th Oct 2019
Winds me up when they put a DVDRW drive in laptops these days, who is actually wanting one? Adds so much unnecessary weight to the laptop!
16th Oct 2019
Decent spec and decent price but will be available cheaper pre Christmas 100
16th Oct 2019
Got mine now, going through the whole Windows update thing.

Realised that the 4gb soldered +4gb slot of ram is a bigger problem than I thought as the Vegas 8 video system takes up 2gb of that so you've only got 6gb to play with.

Upgrading to have a true 8gb memory available for processing means going unmatched in terms of memory with a 8gb stick, not sure what the impact of that would be on performance.

Also umming and arring over the connectivity; only 2 usb 3 ports, meaning coping between usb hard drives and using a mouse needs a hub; frustrating, but workable.

Still, it fly's through simple video editing compared to my 10 year old core2duo based laptop which is why I wanted ryzen 5 over the 3.

Ps, does the offset keyboard for the physical number keypad feel strange to anyone, or is it just me?
Edited by: "Wolfsbane2k" 16th Oct 2019
16th Oct 2019

Screen may be changed to IPS for ~£50

There are websites (please google, I don't remember) with spare parts for laptops.
There are several types of screen panels - with 30 and with 40 pins for the specific screen size. You should understand, which type of panel do you have - this can be googled from some reviews, in-depth technical specs, etc. Afterwards, purchase new IPS panel with the same size and connection type.

Definitely, warranty will be voided. So do this on your own risk.

PS. IPS paanels provide not only better angles, but also better colour-reproduction. And there are better and worse panel among IPS as well. Hence, when choosing new panel, it's better to do a research as well.

As I have mentioned previously, quite good panel may be bought for ~£50 already.

Definitely, lots of extra effort, but the point is that if the screen would be the only dissatisfying part in the great laptop for a great part, there is a workaround for this. Almost the same (warranty + easiness) as upgrading RAM or swapping HDD to SSD.
17th Oct 2019

I'd expect my laptop's to have a certain amount of reasonable weight to it, afterall, I believe that laptop's initially had a bulk weight in excess of 4KG some 20 odd Year's ago (if I'm not mistaken?).

So having one these Day's that barely break's the 2KG barrier (for me at least), is not just notable, but commendable too, etc.

As for the CD drive comment, well, it's not exactly everything (PC related that is), that's work's best via USB, and USB alone, is it?.

Eg. Your Antivirus is crippled to pot, via a virus, Trojan, or worm of some sort, etc, it's arguable if you can use a USB recovery method to solve it, as (generally speaking that is), USB Device's can be written too, whereas (in the absence of specialist burning software, or something), CD's, and DVD's blatantly can not.

(So data corruption is a lot less likely to happen, before it's had a chance to either access the situation, yet alone then fix it, etc?).

So what better Device to use for such 'purposes' than a Device that can't be written too? (as opposed to that of one's that blatantly can?).

And in a similar vain, eg 2. if you need to do something along the lines of 'master reset' your computer, I'd sooner feel wayyyyyy more comfortable doing it via a CD/DVD method, than that of USB flash drive 'methods', or whatever? (for principles of my earlier aforementioned reason's from earlier ... )

If you have no option but via that of the purely software driven options alone, then fine, so be it, or whatever?.

But!, if the CD/DVD 'options' be also there, then I believe you know the methods upon of which I'd rather prefer ...

There's ofcourse pro's and con's with any argument (including that of my above own, fine).

That's my own personal opinion as well, anyway.
17th Oct 2019
It's a rare, and (dare I also say) welcomed addition, to find a modern day laptop out there that's happy to still rock a CD/DVD/Blu-Ray drive within itself ...

The build quality of this laptop however, could prove a key concerning factor for it, I believe?, or ...

Very similar model reviewed here mentioned 2.2kg, bit on the heavier side than some of the ~1.7kg laptops I've seen from Acer or HP.
18th Oct 2019
Hi, just received one today. Is there supposed to be any manual inside. I don't have a single paper inside the package. Is this normal?
18th Oct 2019

No, that's not normal, you should have gotten 'something' with it ...

Warranty paper's from either eBuyer, or Lenovo, or whatever?.

And/or a small welcome manual/pamphlet thing (of sorts), from Lenovo, etc etc etc?.

It shouldn't have been supplied to you cold turkey like that.

Even the portable HDD's I've bought via the Internet in the past, eg. Maplin online (before it became bankrupt), and PC World (eBay shop), as well as via Amazon too, etc etc, alllllll came with some (if not alllllll), my above aforementioned ...

1) The mouse pad is really, really poor.
2) Lack of USB C is frustrating, especially considering that it's only got 2 USB ports and no SD card reader.
3) TN Screen is not ideal, but for most office stuff it's not a problem
4) It's completely replaced a 10 year old gaming PC (AMD X3 720 with Radeon 4830 with SSD.) and a 10 year old Core2Due T5670 laptop
5) Soldered 4GB Ram is not ideal - the fact It grabs 2GB of system Ram leaving you with 6GB is a PITA, but only if you want to do memory intensive stuff like photos ( which given the TN screen isnt' a great idea for colour representativeness)
6) a DVD writer is good to have, and can be swapped out with a hard drive if desired ( but not found the caddy to buy yet)