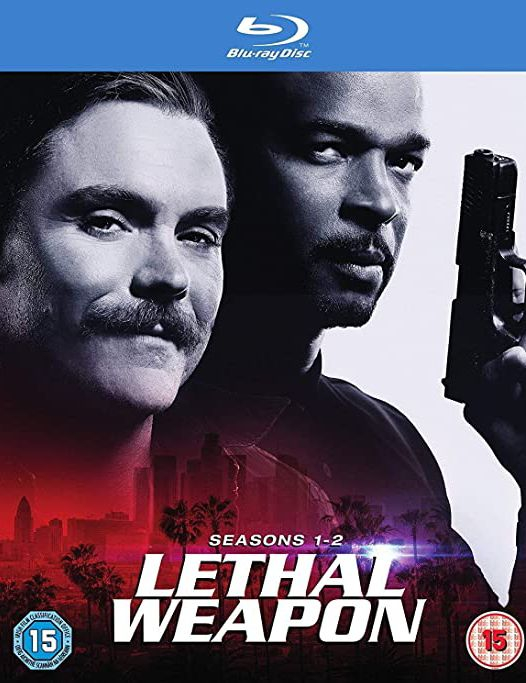 All 18 episodes from the first season of the US crime drama based on the action film series. The show follows veteran LAPD Detective Roger Murtaugh (Damon Wayans) as he returns to his job after a heart attack to find that he's been partnered with ex-Navy SEAL Martin Riggs (Clayne Crawford), who has just transferred from El Paso, Texas after the death of his wife. Although Murtaugh tries his best to maintain a low stress level his new, slightly unhinged partner seems to have other ideas. The episodes are: Pilot, Surf N Turf, Best Buds, There Goes the Neighborhood, Spilt Milk, Ties That Bind, Fashion Police, Can I Get a Witness?, Jingle Bell Glock, Homebodies, Lawmen, Brotherly Love, The Seal Is Broken, The Murtaugh File, As Good As It Getz, Unnecessary Roughness, A Problem Like Maria and Commencement.

Season Two opens with LAPD detective Martin Riggs (Clayne Crawford) south of the California border, where he’s willing to risk it all in order to take down the drug cartel kingpin he believes is responsible for the death of his wife. But three little words from Riggs’ partner, Roger Murtaugh (Damon Wayans), change everything. Soon the good cop/crazy good cop duo is back on the street, solving homicides, fighting crime, wrecking cars and blowing up whatever gets in the way. But matters of the heart take the guys to unexpected places. Is Riggs falling for a friend from his past? Why is Murtaugh sleeping on the couch? And wait! Is the Riggs/Murtaugh partnership on the rocks too? Season Two delivers lethal humor, action and drama in 22 insanely excellent episodes.
PostTweetShare Share with WhatsApp Share with Messenger
Community Updates
Top comments
20 Comments
Post a comment