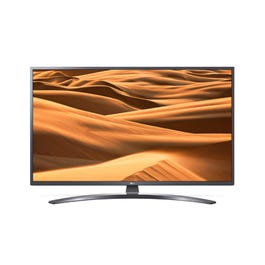 Looking like a decent price with the 6 Year Guarantee. Use code SPRING100 at chekout for this price.

Get a top brand, 4K HDR TV for the price of an ordinary one, with the super value LG 43UM7400PLB.

All your favourite apps
The LG 43UM7400PLB comes packed with useful apps that look great on the big screen. Netflix 4K is covered. There’s also Amazon with UHD HDR and YouTube in 4K. The main channels are all covered, plus there’s access to Now TV and the Sky Store. You also get easy access to music sites like Spotify and Napster plus social sites Facebook and Twitter.

Looking very much like that Switchy, thought I would fit one in. Thanks for the heat bud
21st Mar

‌ ‌ No worries man. Heat added where it's deserved! I haven't even looked to be honest, I make myself a rule not to on a Saturday night, unless I'm drunk, which I'm not tonight surprisingly
Edited by: "MrSwitch" 21st Mar
21st Mar
This is a good deal, I bought this same TV last year for £279

Edit, saying that I learned after I purchased the set that it's not 4K in the true sense, I'm not that technical in these things so some one better than me will have to explain.
Edited by: "tarryboy" 21st Mar
21st Mar
Who knew I needed a new TV?
21st Mar
Ordered for my son's bedroom. Thank you Frank
21st Mar
Ordered.
21st Mar
ordered for wed delivery been on the look for low cost 4k for the bed room thanks OP
21st Mar
Its a glitch. Cancellations incoming for sure
21st Mar
Already have an LG 4k tv but with 6 year warranty included why not...
21st Mar
Don't forget 3.2% TCB
21st Mar
Tempting to buy as a PC monitor, but most likely no 1:1 pixel mapping support? engadget.com/amp…ng/
21st Mar
Price ‌ @FRANK3040‌
21st Mar
Don’t really need a new tv, but it would be rude not to at this price. Ordered. Thank you
Edited by: "Linz80" 22nd Mar
21st Mar
Expired 35 minutes ago?! I just bought it now!!! Thank you very much indeed op
21st Mar
Thanks OP, exactly what I was after! Not expired as just ordered one!!
21st Mar 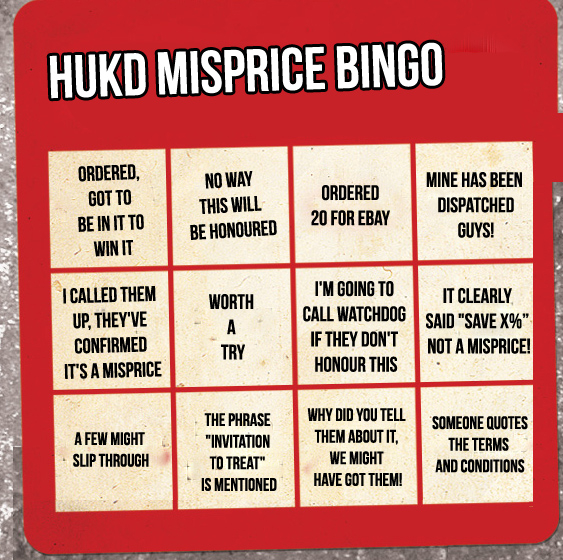 Be careful. Thought it worked for me, as PayPal credit said £199. Just got confirmation and it now says £299.
21st Mar
Do they deliver to Northern Ireland ,it seems not.
21st Mar

I checked mine after seeing this.. mine has also gone through at £299
21st Mar
Mines shows 299 less 100 but that was just straight forward PayPal
21st Mar

I checked mine after seeing this.. mine has also gone through at £299

Ive emailed to say that both Paypal and Richer Sounds said that the cost was £199 but I have been charged £299 which is unauthorised. Probs get cancelled but not very good of them
22nd Mar
My paypal shows £205.99 as pending, (inc next day delivery).
22nd Mar
My Amex is showing as £199 pending
22nd Mar

Congrats for you all but bummer for me. Sad face
22nd Mar

Congrats for you all but bummer for me. Sad face

I suspect our orders will cancelled, the code was cancelled fairly abruptly, so I am preparing for disappointed. Such is life.
22nd Mar
Just had cancellation email
22nd Mar