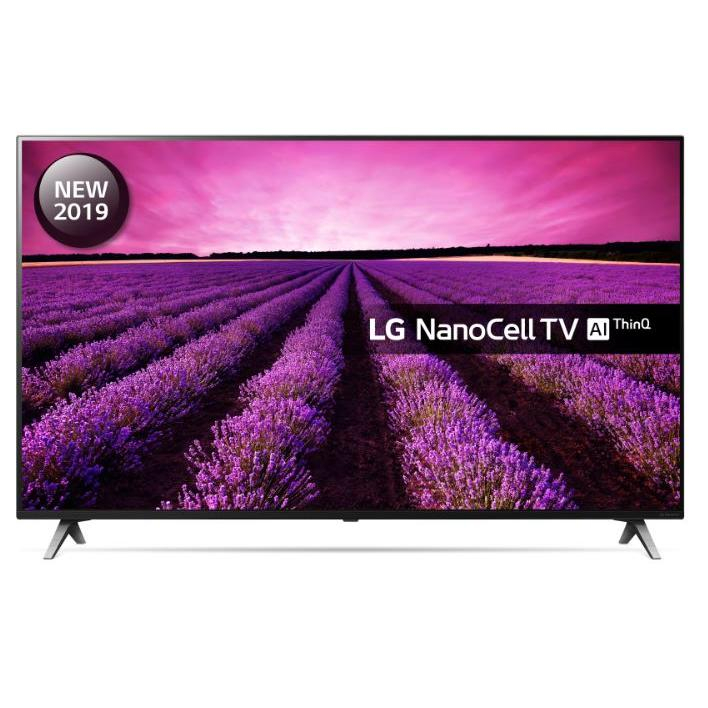 Just bought one from Marks Electrical cause they have 5 year parts and labour but Currys, Argos, Amazon have also matched.

Probably the best TV at this price. Voted "Best buy" by Which.

Nano cell technology is all about enhancing contrast, colour and clarity to its most refined forms, even at wide viewing angles.

It calls upon particles that are one nanometre in diameter, which act as colour purifiers that absorb unwanted light sources for meticulous brightness levels.

The direct full array backlighting system positions rows of LEDs all over the screen, which sit behind the LCD panel and nanoparticles.

Local dimming groups these LEDs into zones which can be illuminated, darkened or even turned off as the source signal dictates.

Reds, greens, bright whites and dark blacks form part of over a billion colours, with more than 1,000 shades of each primary aspect, that can be expressed.

High dynamic range can produce a greater field of luminosity by widening the gamut, with tone mapping for smooth transitions.

Additional remastering for live broadcasts is supplied by Hybrid Log Gamma (HLG), which emulates light displays as they change without requiring dynamic metadata.

Dolby Vision and Atmos are powerful versions of HDR, that can provide a truly cinematic experience when watching movies.

This retains its accuracy for up to 60 degrees away from the television, thanks to an IPS 4K panel that can move around molecules in the LCD display to expand the viewing area.

Artificial intelligence and machine learning are contained within the second-generation A7 Processor, which has a deep-learning algorithm.

The A7 Processor also has upscaling properties, which effortlessly sharpens and updates lower definition content to near 4K quality whatever the source.

The webOS operating system provides access to plenty of video streaming services and apps, plus management of connected devices.

Gaming is great in 4K HDR, with low input lags, providing crystal clear settings for the players which respond as quickly as they do on LG's most-advanced LED TV.

hdtelevizija.com/wp-…jpg
PostTweetShare Share with WhatsApp Share with Messenger
Community Updates
Mark's Electrical DealsMark's Electrical voucher codes
If you click through or buy, retailers may pay hotukdeals some money, but this never affects which deals get posted. Find more info in our FAQs and About Us page.
New Comment Subscribe Save for later
55 Comments
20th Nov 2019
I was just looking and going to post this, have some heat
20th Nov 2019
Heat added, I'm awaiting to see what people think of the TV before buying
20th Nov 2019

People will complain its an IPS panel, possibly that it's LG, not as good as last years model, local dimming isn't the best etc, etc.
20th Nov 2019
got the 55 inch version ofthis tv in my bedroom and a lg b8 oled in the living room the b8s better but i think the nanocell tvs are really good and i need a new one for my caravan really dont know if the price may still go down costco have it delevered for £499.99 and theres a £10 code for costco online so £489.99
Edited by: "JAMESANN" 20th Nov 2019
20th Nov 2019

What's it like for dark viewing, you hear horror stories (are they blowing things out of proportion) about the black contrast and potential light bleed when the lights are off on these panals

Also what's the code, have you tested it? I'm not a member so I will have to join, I just want to make sure it works beforehand
Edited by: "Daniboy" 20th Nov 2019
20th Nov 2019
If anyone owns this TV, I read the viewing angles are poor is that true.
Also are there any problems or shortcomings
20th Nov 2019

Very happy with it, blacks aren't as good as an OLED, but it's not OLED prices. Also sent an email to Crampton and Moore if they would price match the eBay promotion, theysaid no but offered to sell the set for £500, including 5 year warranty.
Edited by: "annboyce52" 20th Nov 2019
20th Nov 2019

Viewing angles: VA < IPS < OLED. That applies to all TVs. Also, IPS panels have better viewing experience than VA in a bright room. Reason is the VA blacks shine when the room is dark.

Personally, I bought this for my kitchen and will be viewed at all angles and in bright conditions so I leaned towards an IPS panel. If I was buying for my living room I'd choose a VA or OLED (budget permitting). This specific TV has great reviews plus it has magic remote, their easy-to-use webOS and good sound. Can't fault it for this price tag.
Edited by: "geolykos" 20th Nov 2019
20th Nov 2019
I was going to get the 55" version from argos for £649 but the the legs are 107 apart and my TV stand is 105. So if I bought this I would have to buy a new TV stand for about £150 to £200 which would put the cost to around ,£850 so I have had to pass. Bit gutted really but it would feel like I am paying £850 for this tv lol and it's not worth that much. But I would defiantly would of had it TV stand permitting.
21st Nov 2019
really want this set but think the price may drop on black friday xmas new year lol but worried it may the last of them there getting rid off
23rd Nov 2019

Just installed it on the wall and gotta say the TV is great. You can have Netflix open in a few seconds which is crazy fast compared to my 4 year old Samsung, the magic remote is very easy to get used to and most importantly the colours and contrast on the TV look great. Been watching on it during daytime today and no reflections whatsoever. Wide angle viewing loses brightness and quality slightly but thats expected on a LED tv
25th Nov 2019
Is this same as the SM8600PLA? Just with a different stand?
25th Nov 2019

Is this same as the SM8600PLA? Just with a different stand?

Correct. Check the link in the deal description for details of all LG led models
25th Nov 2019
What’s the difference between this and to sm9000?
25th Nov 2019

What’s the difference between this and to sm9000?

Is this same as the SM8600PLA? Just with a different stand?

I may be wrong but I think I red on a previous thread that you can remove the legs and purchase generic replacement ones that are not as wide. If true, it might be cheaper than buying a new stand.
25th Nov 2019
On paper this TV ticks most the boxes for a good price. I ordered the 55" from Amazon for 584, I look forward to seeing how it is in person.
25th Nov 2019

Is Samsung Q60/Q67 better than this one?

Yes all the Samsung Q series are premium certified so for HDR content are superior,still a great price for this set heat added.
25th Nov 2019
I have the 55, very little bleed along lower edge, only noticeable when room is in darkness. I am supremely happy with it, especially the 1440p 120hz performance when gaming on it - Xbox one X supports this natively. Along with HDR10, Dolby Vision.
25th Nov 2019

If it helps its a Which best buy. The one draw back of the TV is the viewing angle unless you are looking pretty much straight on the colours go a little washy.
25th Nov 2019

What kind of stand are you looking for? if its a glass one then you can pick one up for around £60.
25th Nov 2019
I been waiting for a TV however for this price range I believe the Samsung QLED are much better 49inch model rest are too pricey. The ambient mode does it for me.
25th Nov 2019

Thank you but it's to late lol already bought a new TV now lol
25th Nov 2019
Was looking for a good deal on a living room TV, not fussed about how it looks in the dark size/price/quality seems very reaonable - unless anyone has any horror stories I'll probably pull the trigger on this one?
25th Nov 2019
I think full array is only from SM90 series, correct me if I am wrong? Also saw currys had a SM82 one showing as full array, its wrong i think?
25th Nov 2019

I'm repeating myself but its a great TV. Really can't go wrong with LG unless you buy budget TVs and this one is definitely not one of them.
25th Nov 2019