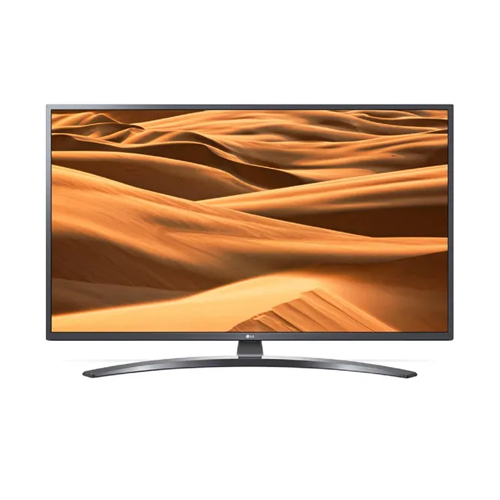 Looking for a decent deal on a TV (ideally 49" or 50" and no bigger) and thought this looked a decent price for a Freesat, 4k smart TV.
Originally priced at £429 and apparently now discounted by £80 with a further £10 off using code "TV10" at the checkout.

Let me know what you think and if any better suggestions at a similar price then please comment.Thanks


Get the very best picture with 4K Active HDR
Every scene is optimised with 4K Active HDR. This means stunning detail and contrast with each and every scene. The LG includes multi-HDR format support, including HDR10 and HLG. HDR10 is widely used on UHD gaming consoles from Sony and Microsoft. HLG (Hybrid Log Gamma HDR) is a broadcast and user generated standard format that is set to become the standard for transmitting 4K signals.

All your favourite apps
The LG 49UM7400PLB comes packed with useful apps that look great on the big screen. Netflix 4K is covered. There’s also Amazon with UHD HDR and YouTube in 4K. The main channels are all covered, plus there’s access to Now TV and the Sky Store. You also get easy access to music sites like Spotify and Napster plus social sites Facebook and Twitter.

Freeview Play makes catch-up TV easy
Find programmes from BBC iPlayer, the ITV Hub, All4 and Demand 5 sitting alongside over 60TV Channels and up to 15 HD channels. Simply scroll back in your TV guide to watch shows you missed from the last 7 days. Just make sure your TV is connected to the Internet and you're good to go.
PostTweetShare Share with WhatsApp Share with Messenger
Community Updates
Richer Sounds DealsRicher Sounds Discount Codes
New Comment Subscribe Save for later
1 Comment
29th Jan
My Linsar TV broke. After being in their workshop for a month, they decide it cannot be fixed. This looks an ideal replacement, as I have an unused satellite dish. Straight swap via RS customer services. Ordered.