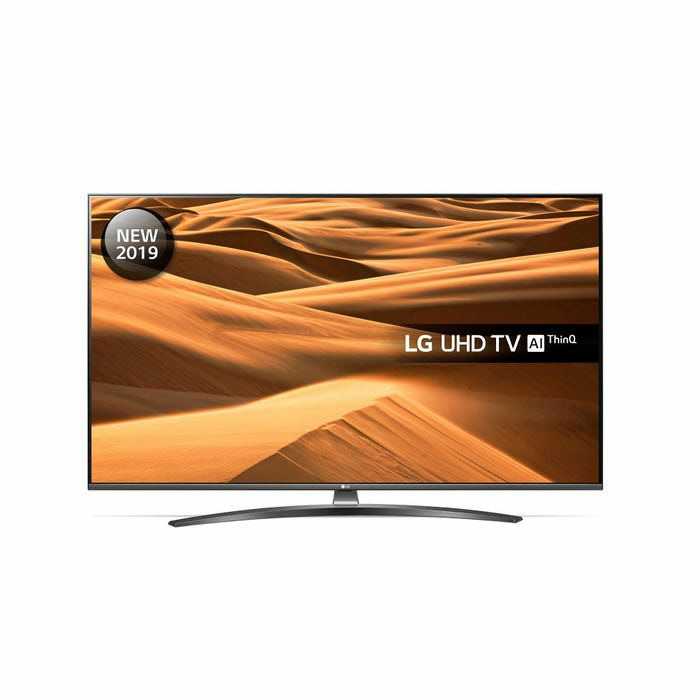 4K Active HDR for optimal picture quality
Every scene is optimised with 4K Active HDR. This means stunning detail and contrast with each and every scene. The LG includes multi-HDR format support, including HDR10 and HLG. HDR10 is widely used on UHD gaming consoles from Sony and Microsoft. HLG (Hybrid Log Gamma HDR) is a broadcast and user generated standard format that is set to become the standard for transmitting 4K signals.

Wide angle IPS screen
Designed to give everyone in the room the best quality picture, the LG 55UM7660PLA uses a quality, IPS panel with wide viewing angle. Delivering close to 100% from up to a 60-degree angle, this TV is perfect for family and group viewing.

Quad Core processor – getting the most from UHD 4K
At the heart of this LG is a powerful and precise quad core processor that makes the most of UHD 4K signals. Reducing noise and pushing the colour contrast, the processor makes UHD 4K even better. Thanks to LG's 4K Resolution Upscaler, even standard FHD signals can be upscaled to near 4K clarity and detail - giving your Blu-rays a new lease of life.

Spacious sound with DTS Virtual:X
Featuring a digital output, the 55UM7660PLA easily connects to your choice of soundbar or base. If you’d rather use the built-in speaker system, DTS Virtual:X gives a more spacious sound. Clear Voice III focuses on dialogue, making it easier to hear vocals.

Smart voice control – ThinQ AI integrates with Google Assistant and Amazon Alexa*
Voice control has got much smarter with this LG TV. Press the dedicated voice mic button and ThinQ AI decides if the TV’s software or Google Assistant handles the command. Google Assistant is capable of changing the channel and input via voice command. It also integrates with services such as Google Photos and Google Maps to make your TV an even greater source of entertainment. As an alternative, direct voice control via Amazon Alexa is also set to be an option from mid/late 2019. *Alexa built-in upgrade due later in the year.

Make your TV an intelligent TV, with the LG 55UM7660PLA.
PostTweetShare Share with WhatsApp Share with Messenger
Community Updates
Richer Sounds DealsRicher Sounds Discount Codes
New Comment Subscribe Save for later
6 Comments
1st Apr
Use TV10 discount code for tenner off
2nd Apr
£437.98 at Costco.
2nd Apr
Hi anyone got this tv as I'm interested in getting it at this price with 6 year warranty
2nd Apr

I've ordered it but havent got it yet. There are various reviews on Youtube which might help you.
2nd Apr

Thanks all good I hope as I've also ordered now for my bedroom.
9th Apr
£499 now - expire