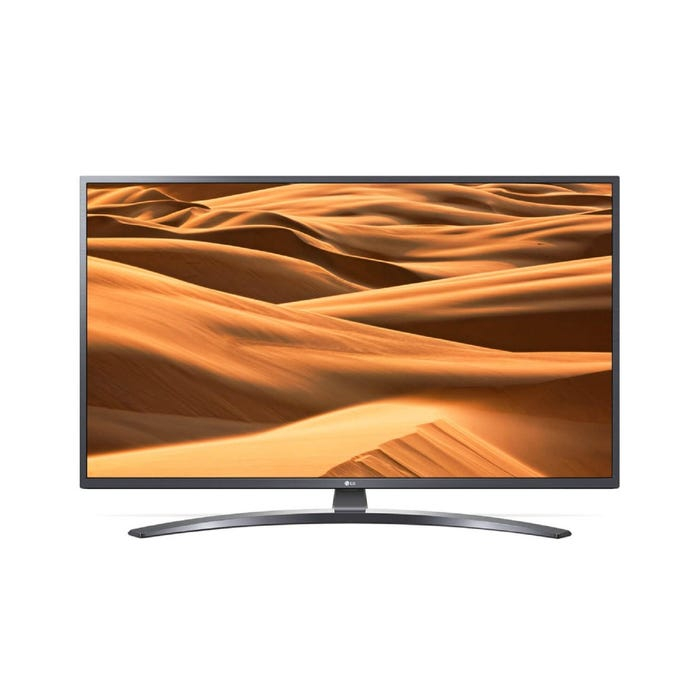 Note: I've called a few london stores and there is barely any stock. So best to order it online with free delivery. 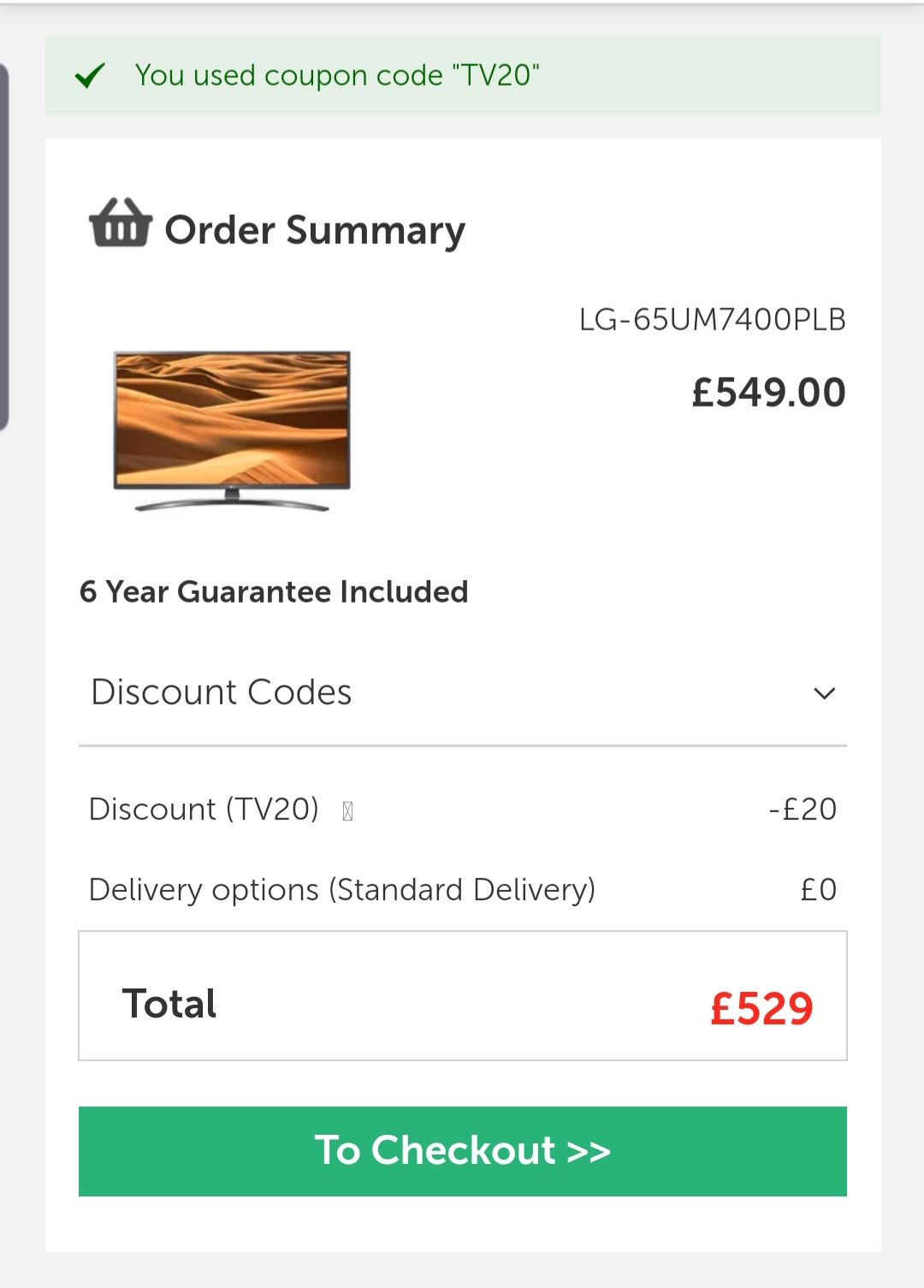 Enjoy razor-sharp clarity on the bigger screen, with the LG 65UM7400PLB.

All your favourite apps
The LG 65UM7400PLB comes packed with useful apps that look great on the big screen. Netflix 4K is covered. There’s also Amazon with UHD HDR and YouTube in 4K. The main channels are all covered, plus there’s access to Now TV and the Sky Store. You also get easy access to music sites like Spotify and Napster plus social sites Facebook and Twitter.

See all your movies, games and TV in the clarity they deserve, with the stunning LG 65UM7400PLB
PostTweetShare Share with WhatsApp Share with Messenger
Community Updates
Richer Sounds DealsRicher Sounds Discount Codes
If you click through or buy, retailers may pay hotukdeals some money, but this never affects which deals get posted. Find more info in our FAQs and About Us page.
New Comment Subscribe Save for later
32 Comments
29th Nov 2019
OP also 6 years guarantee included.
29th Nov 2019
This or the 65" philips ambilight?
29th Nov 2019

This or the 65" philips ambilight?

How much is it going for?

My question too! Anyone????
29th Nov 2019
I HAVE FINALLY PURCHASED A TELLY. THX OP
29th Nov 2019
Ordered one - hope it's as good as a Samsung. I chose this over the Samsung because it has a centrally mounted stand, whereas the Samsung legs sit too far apart for my TV stand.
29th Nov 2019

My question too! Anyone????

Me 3 lol I can't decide!!
29th Nov 2019
Thanks op, Got this to replace my 2008 Samsung LCD that finally on its last legs .11 yrs done me proud, I'm not going need by vocals to whacth this LG. , I opptted to pay next day delivery , I'm inatient.
29th Nov 2019
Wow cracking deal but I've read in the states they are selling oled models for not much more. Shame we don't have any anyway cracking price hope someone posts info and experience in it.
30th Nov 2019
A good article to read if you want info on the different types of TV - avforums.com/thr…70/
Also says this one is good for the money and I agree.
1st Dec 2019
Soo tempt to get one, going to wait for cyber Monday and see if it further reduces.
3rd Dec 2019
Got mine today, Love it. Stand is wobblerly but I don't intend on keeping it in the wall, really smooth on the apps, Remote is bit off a dewarf but TV is massive, well worth the money, Whachting sky Q on it isn't great as not all programs are hd, and if you want 4k through sky you have to bloody upgrade yet again to the silver box. I will when contract runs in June. Well worth the 💰
3rd Dec 2019

Great to hear:)
When did you order yours? Mine hasn't even been dispatched
3rd Dec 2019
Heat op, ordered on monday and now out of stock for online orders. Anyone who finds the remote abit useless can order the magic remote from argos for £24.99 just collected mine . Part number AN-MR19BA
3rd Dec 2019

Argos is currently the cheapest place to get the magic remote

Yeah it is, when did you order your tv? I ordered sunday but no news of dispatch .
3rd Dec 2019

I ordered Saturday but still no news of dispatch too.
4th Dec 2019

I ordered Saturday but still no news of dispatch too.

What do you think the issue is?
The email did say it will take 7 working days and weekends are not included as working days
4th Dec 2019

I spoke to them yesterday and was told it was being picked and packed but still no email about it.
if you look on there website under delivery faq it clearly says that any TV over 50" is a 2 man delivery and is dispatched within 2 working days
4th Dec 2019

Just got a text from them now
Going to be delivered on Friday
4th Dec 2019
Lucky you, I have not recieved anything at all
4th Dec 2019
Just received mine today and really have an amazing picture smooth connection and nice sound too. About the cheap plastics is not really true is not the best but is not so bad the stand is basic but is strong enough. Magic remote is a must and works well. One thing to point out is be very careful when unpacking the tv is really big and can be damage easily best follow the instructions. No regrets for now.
4th Dec 2019
I ordered Saturday night and had nothing until today... An email receipt/warranty but no info regarding dispatch ‌
4th Dec 2019

The delivery company emailed saying they are delivering on friday but when I check the tracking, they still haven't received the TV from richer sounds.

Yeh most likely people who have selected next day delivery will probably have priority. I assume they are probably mega busy after BF sales aswell. I'm not in any rush tbh so I don't mind waiting.