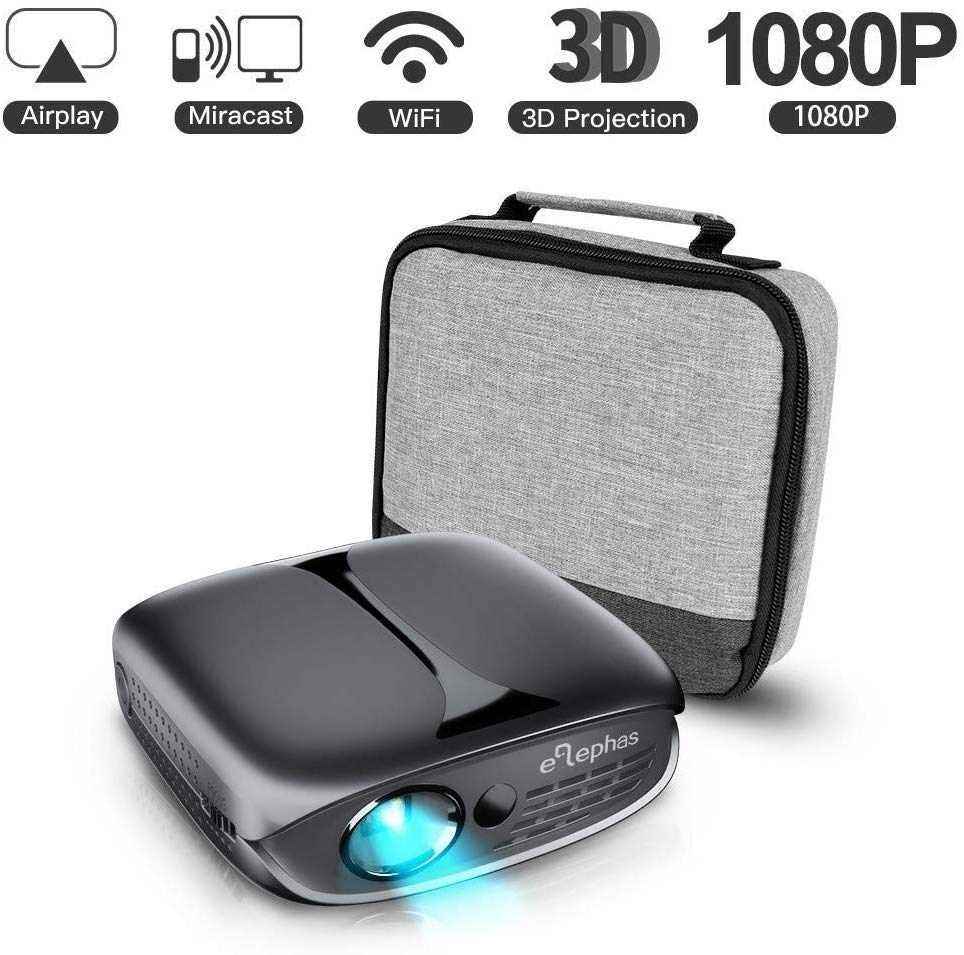 PostTweetShare Share with WhatsApp Share with Messenger
Community Updates
Amazon DealsAmazon discount code
If you click through or buy, retailers may pay hotukdeals some money, but this never affects which deals get posted. Find more info in our FAQs and About Us page.
New Comment Subscribe Save for later
Top comments
25th Oct 2019
Top tip:
If they don't mention the resolution then they don't want you to know it so don't buy it.
You're welcome.
11 Comments
25th Oct 2019
Is this a better machine/deal?
25th Oct 2019
4000 lumens and 1080p? Really? I think you should think twice about getting this, you'll never get a 4000 lumens projector for this price. My Crenova, Chinese brand is advertised as 3000 lumens and I bet it does not have more than 100. My LG is 1000 and is probably 10 times brighter.
I like the portability factor, the question is why the proper brands can make portable of only 100-200 lumens and not brighter. Perhaps this is another question to ask yourself.
My Crenova was about £150, got it reduced to £60 and when wanted to return it, they gave me £30 back, so I kept it as it was ok for this price.
Edited by: "sheffield788" 25th Oct 2019
25th Oct 2019

Is this a better machine/deal?

See my comment please. It depends what you want it for. My Chinese projector can only be used in a pitch dark room and only for cartoons, the image is not good. If you want it for kids, maybe ok, otherwise look for a used proper projector.
25th Oct 2019
I hate the descriptions on projectors... everywhere says 1080p this and 1080p that - but native resolution of the projector is

I have a Chinese projector and am really impressed with it.

For what I need it for (using it a couple of times a week for film night with the kids) it's more than bright enough in a dimly lit room (still have the fishtank and geko lights on) and that's at around 100inch projection.

When I projected it onto the kitchen wall it was very good even in the day (at around 70 inches).

I think if it's something you are going to be using every day in daylight for normal television then it's worth spending several hundreds of pounds, but in a dimly lit room for film night twice a week some of these projectors are fine.
Edited by: "Dragon32" 25th Oct 2019
25th Oct 2019
Top tip:
If they don't mention the resolution then they don't want you to know it so don't buy it.
You're welcome.
25th Oct 2019

I agree, we only used our occasionally and I was ok with it at the beginning. However, after I've got the LG which was supposed to be 3 times less light, and in fact is 10 times brighter, and also the quality of the image way better, I realised the Chinese ones claim high specs when in fact do not have this. My LG is still for dark rooms.
I guess it depends what you use it for, how often and more important, how much you pay. I believe the RRP claimed by the Chinese ones is not true at all. For under £100, some of them may be ok for light use. What is over...I strongly believe you get better value with an used traditional branded projector.
Philips does some portable projectors with battery, wireless and so on, they sell for £200-300+, and only have 100-200 lumens, if 4000 lumens was achievable, I am sure they would have done it. This tells me it is almost impossible to have a projector so bright at such a low price.
I know a proper projector to replace a TV is £500-1000, but I am not even thinking to get such thing.
I guess you can only judge the quality if you compare it with a decent projector, we really thought the Chinese one was fine, until we got the LG. Which is not great, but it is decent.
Edited by: "sheffield788" 25th Oct 2019
25th Oct 2019
Native 800x480 oof. 4000 lumens is a complete lie too.
25th Oct 2019

That's written to make you think the output is 1080p but it's not. 1.3 million microlenses is a giveaway because a DMD should have as many mirrors as there are pixels, so it should have 2 million not 1.3.

Yep, they do, but at 4000 lumens this will be very high specs and probably the main selling point. So will be clearly and visibly advertised probably on each side of the box and everywhere in the description. Moreover, advertised as 1080p, but only as input, what's even the point to have it full HD if you do not have it as output.
There is no way a full HD, 4000 lumens, portable, 3D, supporting Miracast to cost so little.
I'm not saying this does not worth the price, I am saying can we trust a brand claiming specs that certainly this projector does not have? For portability and Miracast, I think I would have been interested, it is difficult to find a proper brand with these features at a low price. For quality, certainly a used proper brand will be better. As much as I like the portability factor and other tech, you do not find with the established brands, or you find them but at very high prices and quite bulky projectors, I believe the seller should be honest in description, this is what puts me off.
Edited by: "sheffield788" 25th Oct 2019