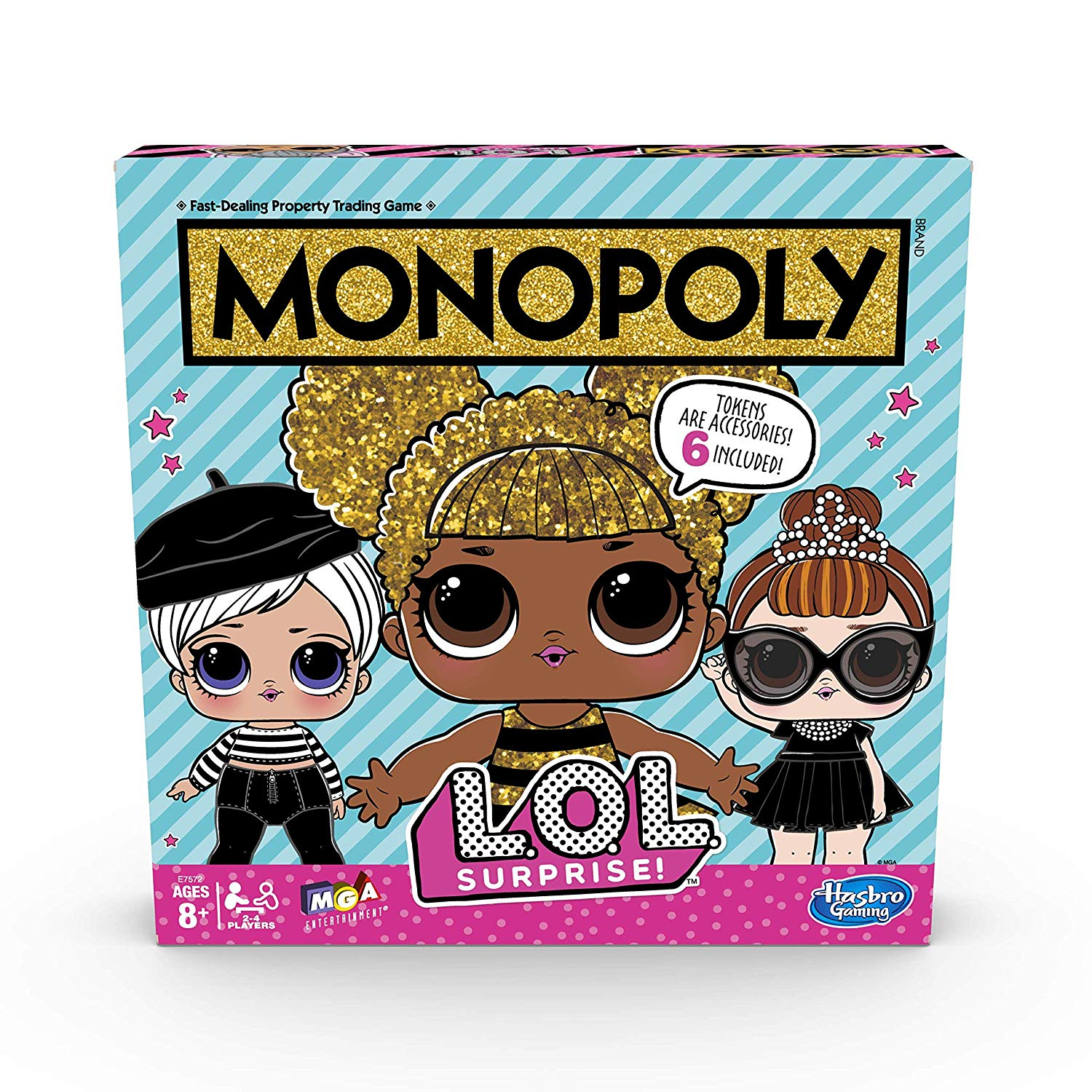 Product Description
The Monopoly Game meets the cute L. O. L. Surprise. Instead of locations and properties, in this Monopoly: L. O. L. Surprise. Edition game players buy, sell, and swap other players' Dolls shown on the game-boards, aiming to collect the rare ones. Surprise cards replace chance cards, stars and emoji's replace houses and hotels and the tokens are authentic L. O. L. Surprise doll accessories. Players are offered an exciting surprise experience when they unwrap the tokens. What a gift idea for L. O. L. Surprise fans as well as Monopoly fans. For kids ages 8 and up. L. O. L. Surprise is a trademark of MGA entertainment, Inc. In the U. S. And other Countries. The Hasbro, Hasbro Gaming, Parker brothers and Monopoly names and logos, the distinctive design of the game-boards, the four corner squares, the Mr. Monopoly name and character as well as each of the distinctive elements of the board and playing pieces are trademarks of Hasbro for its property trading game and game equipment.
Sold and dispatched by amazon
PostTweetShare Share with WhatsApp Share with Messenger
Community Updates
Amazon DealsAmazon discount code
If you click through or buy, retailers may pay hotukdeals some money, but this never affects which deals get posted. Find more info in our FAQs and About Us page.
New Comment Subscribe Save for later
15 Comments
6th Dec 2019
Thanks @honey6591 got one for my daughter and one for my niece
6th Dec 2019
Bargain £18 in argos
6th Dec 2019
Nice little stock filler
6th Dec 2019
Just got one for my daughter, cheapest I've seen this is £14 odd. Heat added
6th Dec 2019
Thanks two ordered
6th Dec 2019
Looks like it's based on Monopoly Junior
6th Dec 2019
What age is this suitable for? How complicated is it?
6th Dec 2019

What age is this suitable for? How complicated is it?